If you love ginger, you will love this tea. 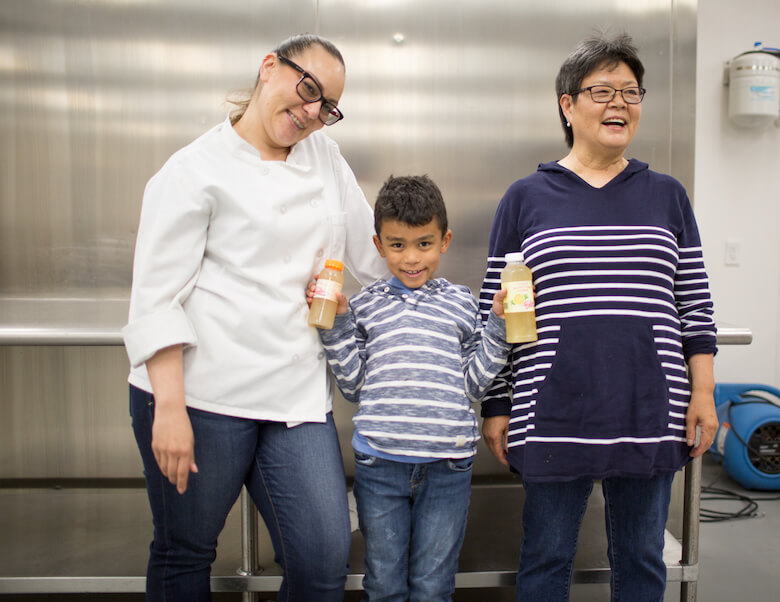 At the Calverton Incubator with Mi-Sook Ginger Tea.

Mi-Sook Dickinson grew up in South Korea in the 1950s, during the Korean War. “It was horrible, wartime,” Dickinson says, wearing a plastic cap and apron inside Stony Brook University’s Calverton Business Incubator, where Mi-Sook’s Ginger Tea is made.

“I was crying nonstop, my mother told me,” she says. “We grew up very poorly. Right after war, what do you have? Nothing.”

As a young child, she wore the same skirt and rubber shoes for three years straight. Her family had a small farm where they grew sweet potatoes and rice. “We grew food just to survive,” she says. “No rain, nothing to eat.”

Then one night, when she was 19, she went to a bar with a friend and met John Dickinson, a soldier with the United States Army. “That’s an odd story,” she says.

Dickinson’s parents had arranged a marriage for their teenaged daughter, as per their custom, but Dickinson didn’t care for the tradition. “I didn’t want the guy. I was not looking forward to it,” she says. “They kept pushing me and I ran away.”

Then one night, when she was 19, she went to a bar with a friend and met John Dickinson, a soldier with the United States Army. “That’s an odd story,” she says. “I’m pretty lucky I met my husband.”

They were married and moved to East Hampton, where her husband’s family had been living for generations and Dickinson learned to speak English by watching television.

Forty-seven years later, their cozy home showcases the artwork of her husband, a retired house painter. The couple raised a son and a daughter, and for a few years owned a jewelry shop in Amagansett. When the shop closed in 1984, Dickinson began a cleaning business and works full-time as a property manager today. 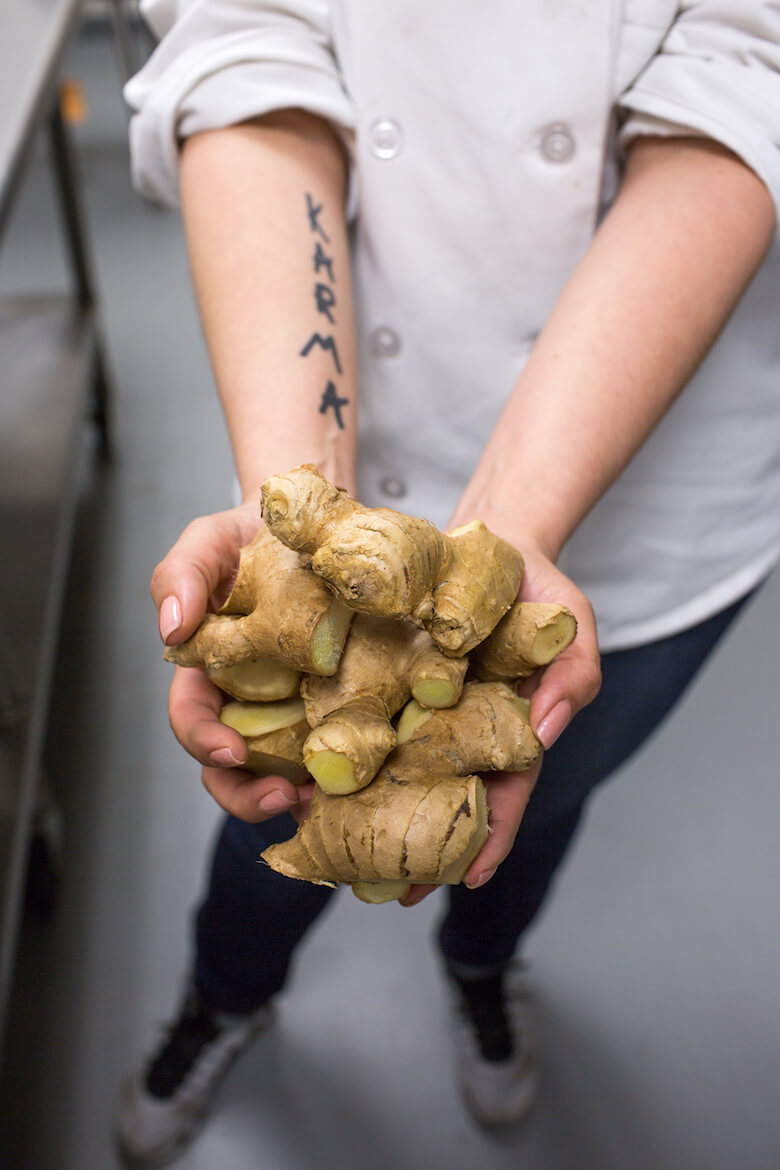 Mi-Sook’s Ginger Tea developed very slowly, by making the rounds of East End farmers markets and gourmet shops 10 years ago. “Giving it away, letting people have a taste for it,” she says. “It took a long time to establish customers.”

The Green Thumb in Water Mill and Balsam Farms in Amagansett liked what they tasted and reorder frequently. Soon she outgrew the Springs General Store kitchen in East Hampton and found the incubator at Calverton. “It is a hike but it’s worth it,” says Jacqueline Eleazer, Dickinson’s daughter, who moved back to East Hampton from Virginia Beach to help her mother run the business in 2010.

“I have a lovely daughter. She’s wonderful,” says Dickinson. 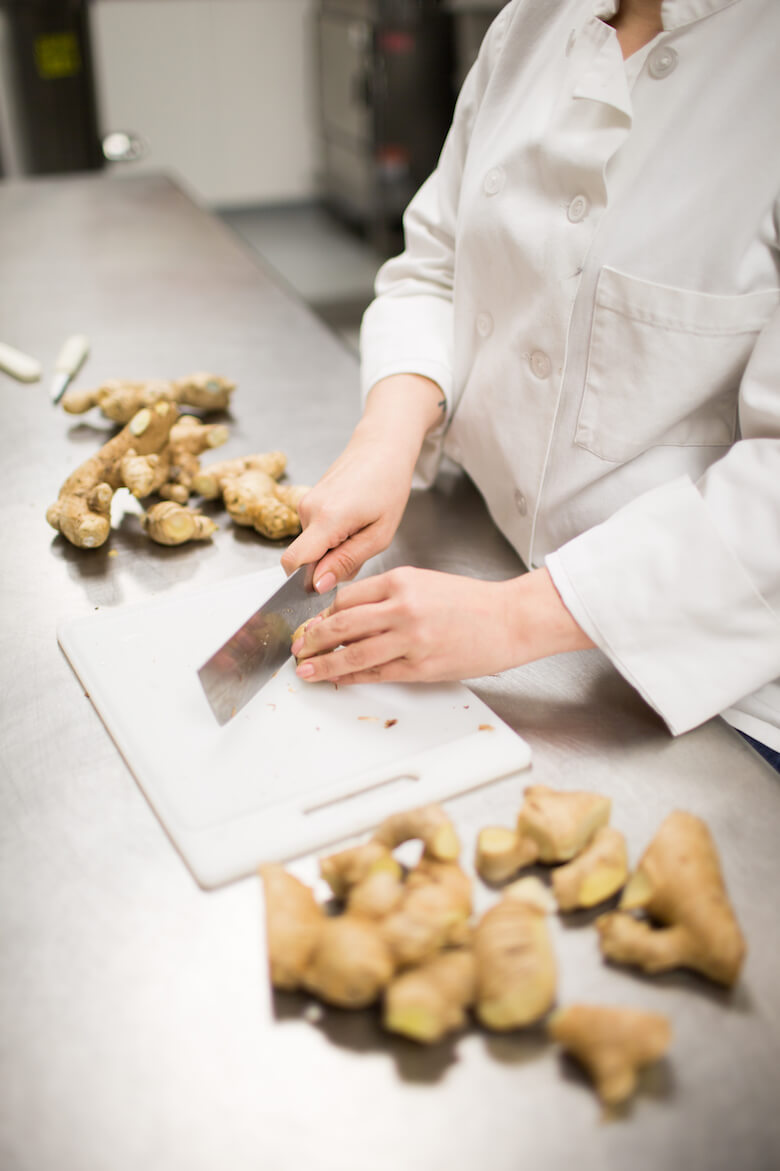 Distributors like DiCarlo deliver Mi-Sook’s Ginger Tea, and now, Dickinson’s new lemonade, to dozens of shops as far west as Taste New York, off the Long Island Expressway in Dix Hills. Dickinson uses only four ingredients: ginger, honey, lemon and lime, but they are expensive. At almost one dollar an ounce, the “tea” is not cheap. You would be hard-pressed, however, to find a more concentrated, fresh ginger drink on the market.

If you love ginger, you will love the tea. It packs a punch and immediately electrifies the system. “It’s got that kick,” says Dickinson. “Best part of it.” 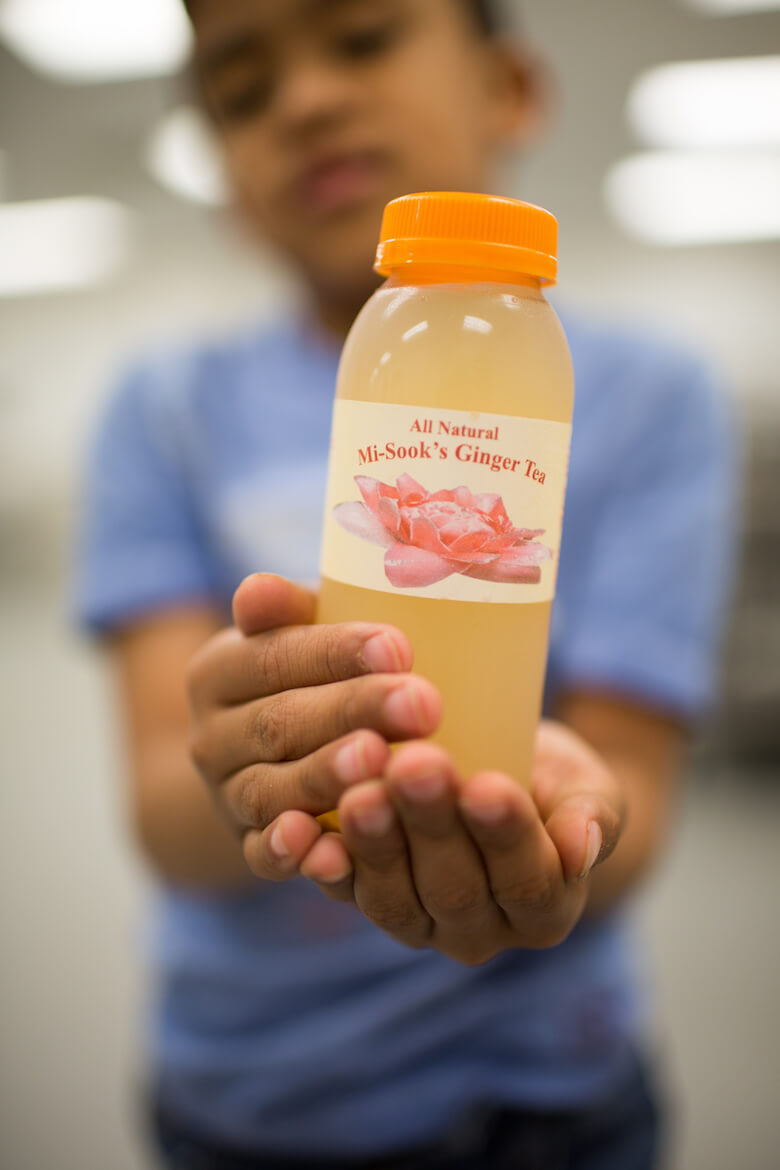 Eleazer, who is completing her MBA, says their new lemonade, a diluted, sweeter version of the tea, is getting “great feedback.” She’s looking forward to adding apple cider to the ginger tea in the fall. “Ginger goes along with a lot of stuff, you don’t realize,” she says. “It gives it a kick and enhances the flavor.”

“I don’t want to give away secrets,” says Dickinson, carefully listening in.

It’s a simple recipe, but Dickinson’s ratios are hard to duplicate, and because it is all made by hand, no two batches are exact. “It never comes the same,” says Dickinson.

The ginger comes from China, Hawaii or Brazil. One thing is for sure, studies have proven over and over again the medical benefits of the stringy yellow root. “Even arthritis, can you believe it?” says Dickinson. “Doctors recommend for cancer treatment, to settle stomach.” Drink it on a plane or boat rides for motion sickness, to soothe a sore throat or boost energy.

“I want to introduce to golf courses,” says Dickinson, “After a hot day, you drink and feel better.”