No plans? No problem. These eateries will help you celebrate America in delicious, local style. 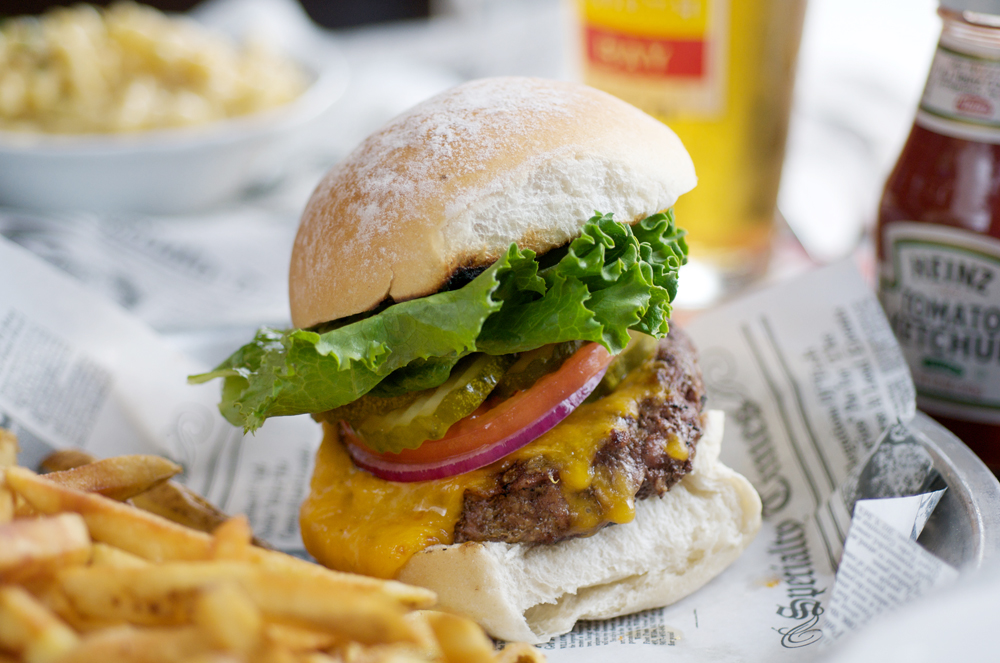 I know, I know. You’ve been invited to a sick Tuesday barbecue this year, and you don’t need to know where to go to get your grub on for the 4th. But, just in case, here are some recommendations for your best holiday bets. 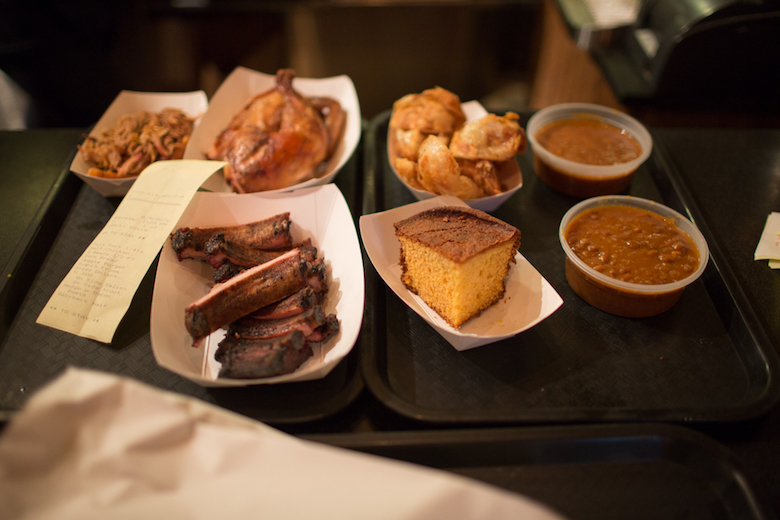 It might not be overlooking the water, but the smell of grilled meat is enough to persuade this barbecue devotée to stop inside for holiday feasting. Overlooking a vast swath of Sagaponack farmland, Townline BBQ has an almost Midwestern feel. I’ve never been to Missouri, but a barn facing cornfields at twilight is what I hope barbecue venues in the Show-Me State look like. The brainchild of Joe Realmuto and Mark Smith (the masterminds behind Hamptons powerhouses Nick & Toni’s, Rowdy Hall, and La Fondita), Townline serves up humanely raised, antibiotic- and hormone-free meats by the pound. Pass up the hamburgers and hot dogs (holiday traditions notwithstanding) in favor of St. Louis-style ribs, chopped brisket, and dangerously decadent Buffalo fries.

Occupying one of the nicest slices of South Fork waterfront, Duryea’s was, for generations, a paper plate-and-plastic fork affair. The old lobster roll was ample, served on a split sesame seed bun with a side of sunshine-reflecting-off-the-water. But times have changed. In 2016, the 80-year-old business shifted hands, and it received an upgrade in the process. White plastic chairs have been replaced with plush banquettes. There’s no more BYO: the new iteration has a liquor license. The revision translates to a comfortable, sweet restaurant that, while not quite what it used to be, still offers the best unobstructed view this side of the Canal. It may feel more French than American to enjoy a glass of rosé on the deck at sunset, but isn’t the Hamptons a bit European at heart? Order the lobster roll, for old time’s sake. It comes with proper silverware now.

I don’t know about you, but when it comes to the 4th of July, I’d much rather be eating food with my hands. Bay Burger provides plenty of options for those looking to eat cookout food without hosting a cookout. While I am enthusiastic about the superlative lobster roll, the burgers are really where it’s at. Burger patties are lush, and those who prefer more for their money (hit me with ALL the condiments ALL the time) can adorn their beef with onions, pickles, sauce, and more—included with the price of the burger. Those wishing for a whiff of nostalgia can even enjoy a side of tater tots. Don’t forget the Joe & Liza’s ice cream, made in-house. If this doesn’t bring you back to the barbecues of yesteryear, I don’t know what will.

Housed in the former Moby’s space, EMP Summer House is probably the restaurant that Hamptons folk will be talking about all season. You may have already heard that reservations are reserved for American Express cardholders and are hard to come by, but don’t feel discouraged. Holiday habitués can snag seats outside in the expansive backyard, where picnic tables (and outdoor barbecue vibes) abound. Cuisine is a little more high-end than you might be expecting for a night in the East Hampton meadow (a lobster roll with brown butter will run you $29), but, hey, go with the cheeseburger (respectably, $16) and toss your worries into the night air.

Oakland's fresh, jumbo lump crab cake is one of our customers all time favorites! Pan seared and topped with a clay pot chili aioli…this delicious appetizer is a must have! The sun is shining today ~ come see us 😎🦀🌽🍺#cheers🍸 #Summer2017

A post shared by Oaklands Restaurant And Marina (@oaklandsrestaurant) on Jun 1, 2017 at 9:27am PDT

Okay, I know that Hampton Bays is not technically part of the Hamptons, but I can’t write the ultimate guide to 4th of July on the East End without including this personal favorite. The rotunda in the center of the dining room is where it’s at, with bay views at every turn. Every Monday and Tuesday from Memorial Day to Labor Day, this waterfront restaurant serves a whale of a deal for lobster lovers: Twin 1 1/4 lobsters, peel-and-eat shrimp, steamed mussels, soup or salad, and corn on the cob for $30 per person. Lucky for you (and for me), the 4th falls on a Tuesday this year.