DomoDomo Pops Up at Surf Lodge in Montauk

The creative sushi house finds a perfect home at The End. 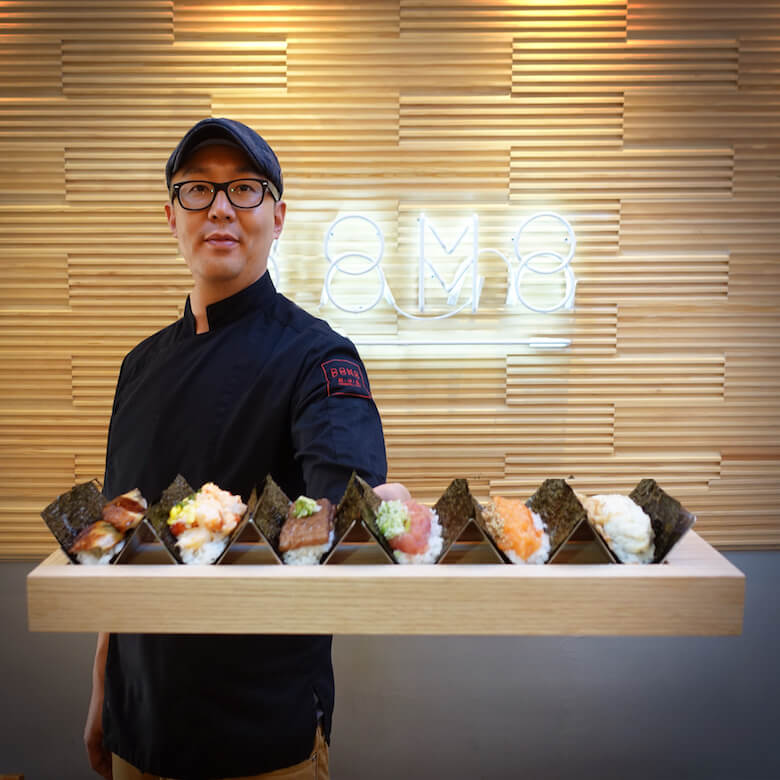 “It’s an eating experience that is truly unique and special,” Chef Kim said. • Photo courtesy of the Surf Lodge

DomoDomo, known as the first hand roll bar in Manhattan, will soon be serving their signature sushi rolls at The Surf Lodge.

The SoHo-based, family-run Asian restaurant has agreed to be a pop-up addition to the popular Montauk eatery this summer.

Jayma Cardoso, the owner of The Surf Lodge, is thrilled to have DomoDomo join forces with them.

“It’s one of my favorite meals in New York City,” Ms. Cardoso said. “I’m really looking forward to my guests experiencing the same.”

Hand rolls at the Montauk pop-up will be prepared on site at a specially designed station and will include ingredients like blue crab and lobster.

“I knew it would be such an amazing fit at the Surf Lodge,” Ms. Cardoso explained. “What they do is so unique and delicious, and their presentation is so chic, I knew it would be a compliment to what we are already doing in the restaurant. Thankfully, they agreed.”

Known for thinking outside of the Bento box, some of DomoDomo’s signature sushi rolls include unusual combinations like spicy salmon with grilled tomato and crispy shrimp tempura with mango salsa. The 2017 Michelin-starred restaurant also serves their rice warm with specially harvested seaweed and housemade sauces. 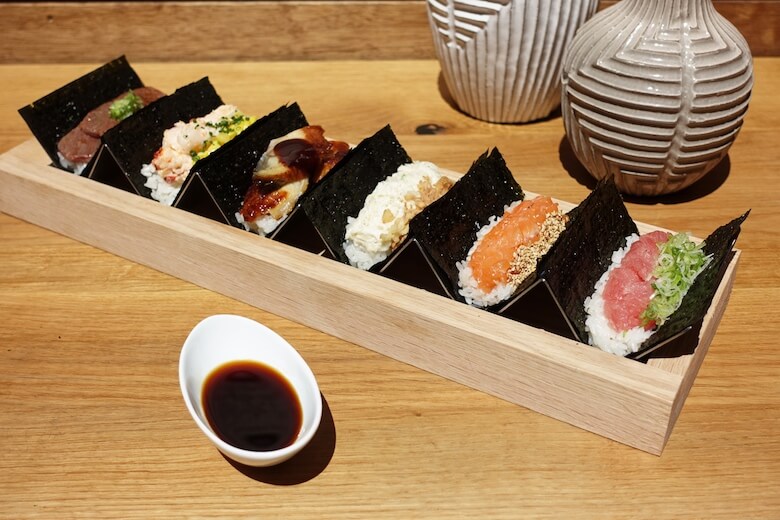 With the abundance of seafood available in Montauk, the culinary possibilities could be endless. • Photo courtesy of the Surf Lodge

But don’t expect this creative sushi house to rest on their laurels anytime soon, the menu at the Montauk pop-up will be updated on a regular basis by DomoDomo’s Chef Brian Kim, who is looking forward to spending more time at the beach this summer.

“It’s an eating experience that is truly unique and special,” Chef Kim said.

A graduate of the Culinary Institute of America, Chef Kim worked at such notable restaurants as Nobu, Manhattan’s Brushstroke, Blue Fin in Philadelphia and The Four Seasons Hotel in Dallas, before opening DomoDomo in 2015.

With Chef Kim’s love of experimenting with new and unusual food combinations, along with the abundance of seafood available in Montauk, the culinary possibilities could be endless.

“We are lucky to have access to the best seafood here in our own backyard and it will certainly be represented on the menu,” Ms. Cardoso said.

Robert Sieber, the new executive chef at The Surf Lodge, has already begun making changes to the menu. A fan of Asian cuisine, with a focus on freshly caught seafood, Mr. Sieber added new dishes like sea urchin linguine, fluke ceviche, crispy prawns and fish tacos. Mr. Sieber, who studied under Daniel Boulud, worked in kitchens in Asia, San Francisco and Brooklyn, before coming to Montauk.

Celebrating its 10th anniversary this year, The Surf Lodge offers a variety of eclectic weekend experiences for its guests, including concerts, artist residencies, fitness classes, as well as fine seasonal dining. Along with the DomoDomo pop-up, Ms. Cardoso said The Surf Lodge is also in talks with other notable chefs about doing special dinners later in the season.

The DomoDomo pop-up at The Surf Lodge will open on Friday, June 30 and run throughout the season.