Peconic Escargot is Open for Business 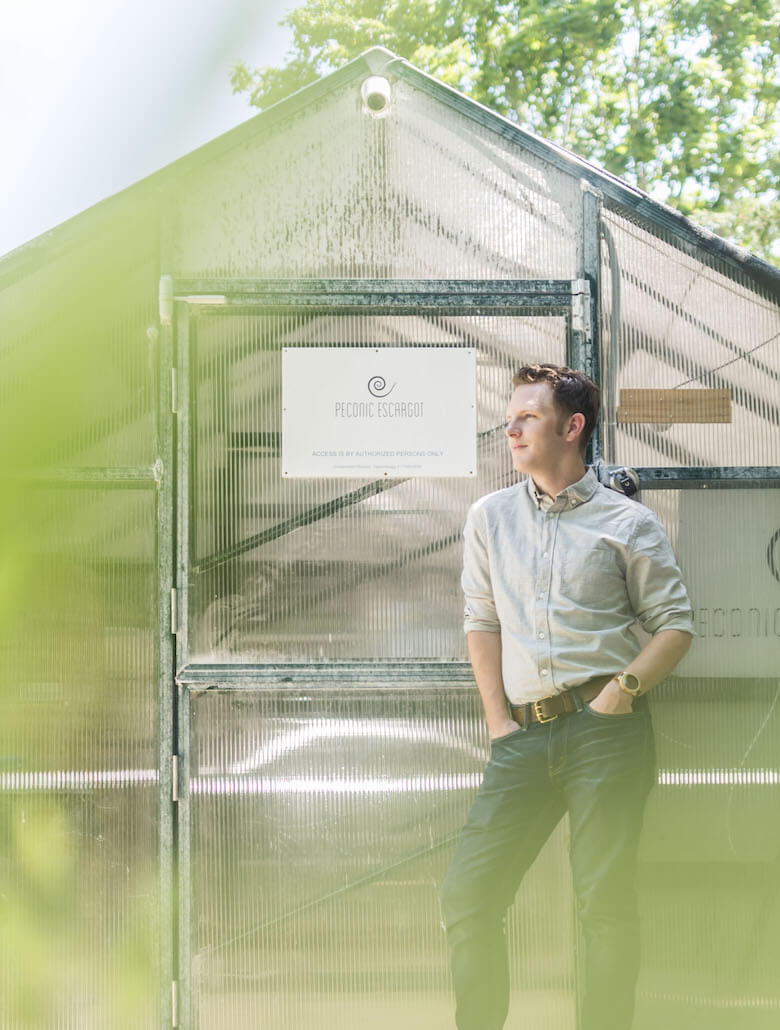 Taylor Knapp is bringing farm-fresh snails to the East Coast.

To say that development of Peconic Escargot, the East Coast’s first commercial snail farm, has moved at a snail’s pace is an understatement, but that’s fine with founder Taylor Knapp.

“We’re a week away from launching,” he said. “We’re now at a point where we’ve gotten into this machine-like cyclical thing, but it took a long time to get here.”

A long time indeed. In fact, the decision to take on such a project began several years ago, when Mr. Knapp was the chef at First and South in Greenport and procuring farm-fresh snails was near impossible. While some snails are available from California, most are canned and imported from overseas.

With the help of investors, Mr. Knapp left First and South in 2015 to start Peconic Escargot and create his pop-up restaurant PawPaw. He leased a small plot of land from the Peconic Land Trust in Cutchogue through their “Farms for the Future” initiative, which protects farming on the East End. Then he began the long, arduous process of filing applications and permits necessary by the U.S. Department of Agriculture to become the country’s first U.S.D.A. certified snail farm.

Housed in a greenhouse, the first batch of snails arrived from California in 2016 and were strictly reserved for breeding. Starting with just a few hundred snails, today Peconic Escargot has nearly 10,000. 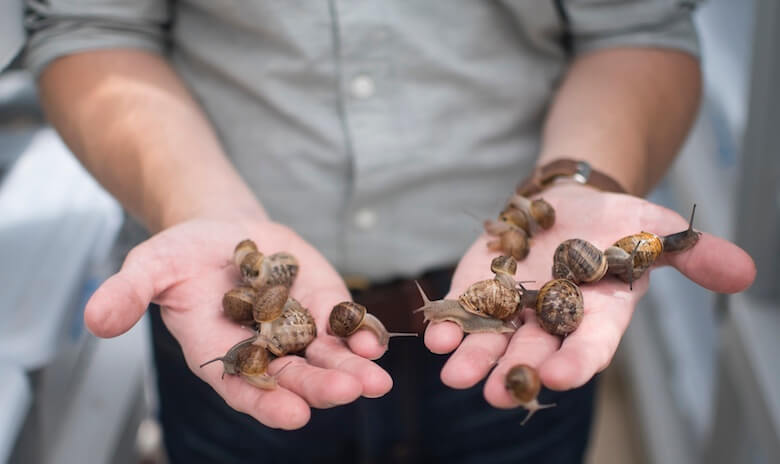 “Thousands of snails are born every week, Mr. Knapp said. “Probably a couple thousand eggs are laid a week.”

Because snails are considered an invasive species in New York State, special care is taken to ensure they do not escape their enclosure. A double door entrance, with an airlock, secures the greenhouse, while the legs of the shelves that house the snails stand in containers filled with saltwater, ensuring that not a single snail will escape alive. Other barriers include a 12-foot wide vegetative-free zone of gravel surrounding the greenhouse, where snail repellent is applied every two weeks.

Once established the main focus at Peconic Escargot became the care and feeding of the gastropods.

“They eat a lot of dirt,” Mr. Knapp said. “So we add vitamin C to that in the form of limestone, because that strengthens their shell, plus they eat vegetable food scraps like cabbage, carrots, and lettuce.”

Another big part of their diet is foraged greens like dandelion, burdock, garlic mustard, sorrel and clover that Mr. Knapp collects off the property.

“They love them,” he said. “I don’t think they could be their diet entirely, they need a bit more substance, but they do like them.”

But when you’re a pioneer, you’re walking where no one has walked before and sometimes mistakes happen, as Mr. Knapp learned. 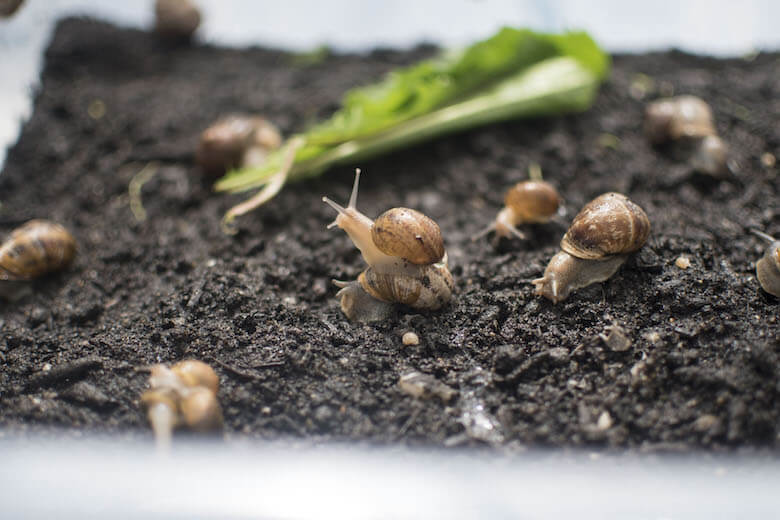 “I read that in Europe they feed them corn meal, so without first testing a small batch, we fed them all corn meal and lost probably 60% of the lot,” Mr. Knapp said. “The corn meal got stuck in their digestive tracks and they literally exploded. But everything we had read said it was ok, so that was an example of learning on the job the hard way.”

After a year of trial and error, Peconic Escargot has mastered the art of raising snails and is finally ready to release their first batch.

“It’s six to eight months from egg to snail,” Mr. Knapp explained. “We’re going to start holding some eggs back for caviar production this summer, but everything we’ve hatched up to this point has been for escargot.”

Processing the snails has already begun at the Calverton Business Incubator. They’ll be made available in two formats, in the shell or out, with the shells on the side. Then they’ll be vacuum packed and shipped overnight to their destination. Customers can order from a quarter pound up to a pound, while restaurants will purchase theirs wholesale by the pound. 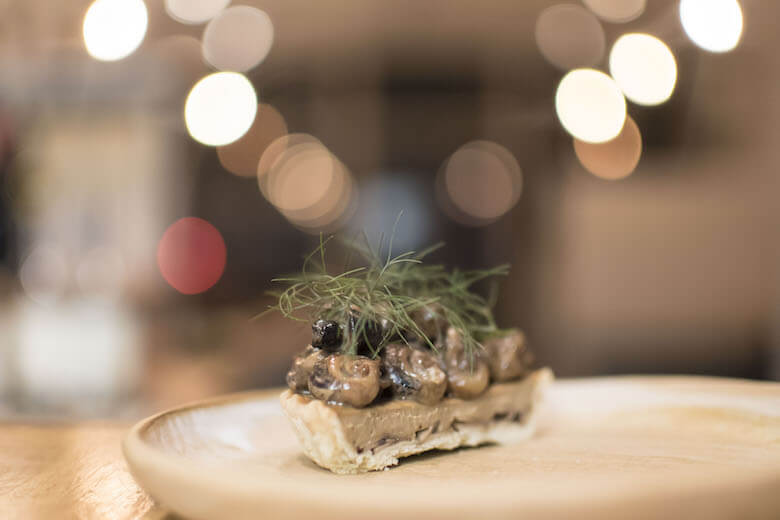 Knapp cooked up some of his first snails for a special PawPaw dinner, making an escargot tart.

“We’re essentially treating them like raw seafood,” Mr. Knapp said. “They’ll be shipped on ice with a shelf life of about seven days, but it’s a fresh product that needs to be cooked by the consumer, it’s not finished.”

Before packing them, Mr. Knapp cooked up some of his first snails for a special PawPaw dinner, making an escargot tart.

“I put them in a pan with a bit of foaming butter, some fresh thyme and finished them with a little vinegar to glaze them,” he explained. “They’re really mushroomy, super mushroomy!”

Mr. Knapp also shared some snails with fellow Greenport chef Greg Ling, of Industry Standard, to see what he would make with them. Mr. Knapp plans to collect recipes from local chefs to share on the Peconic Escargot website with customers.

Mr. Ling made several dishes, including escargot and mushroom wontons, with fermented black bean vinaigrette and foie gras and black garlic ramen, with a soft egg, seabeans and escargot. 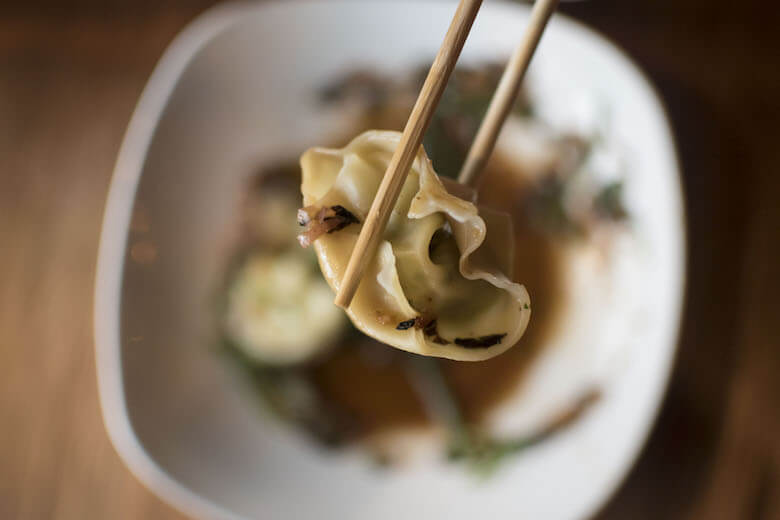 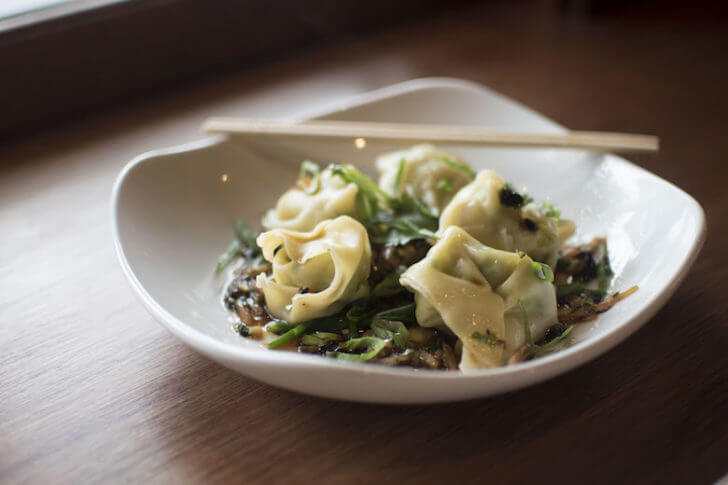 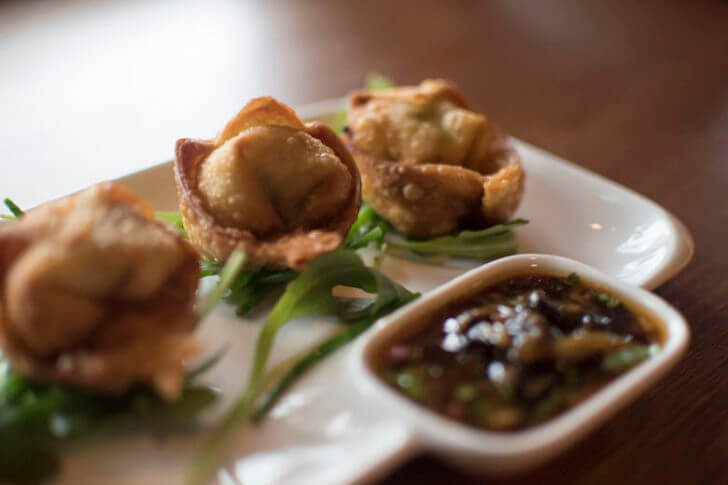 “I thought they were fantastic,” said Mr. Ling, who plans to put them on his menu. “Completely different from canned or frozen. They were very sweet, with a great taste, the flavor and texture are superior to anything.”

Peconic Escargot has already received numerous inquiries from restaurants on the North Fork, South Fork as well as New York City.  Mr. Knapp has even been contacted by California chefs interested in his product and as far away as Dubai, where a caviar company inquired about his snail caviar. All of them have been added to a subscriber list in order to make filling orders easier.

“We’re not shipping to Dubai just yet, but eventually,” Mr. Knapp. “We’ll send snails to anyone in the country overnight, so you could have snails on your doorstep the very next day.”