The historic race—now in its 38th year—is hotter (and tastier) than ever.

Noted as one of the most scenic 10K courses in the world by Runner’s World, the race draws athletes from all over New York and beyond. This year, participants will even have the chance to run alongside former Olympian Bill Rodgers, who has won the NYC Marathon four times, and Amby Burfoot, the former editor in chief at Runner’s World and a Boston Marathon winner herself.

The race welcomes runners of all speeds, sizes, and abilities. It also heartily welcomes spectators. 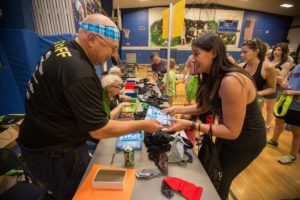 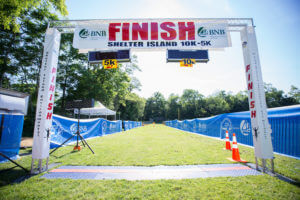 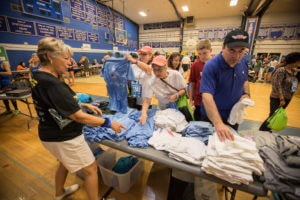 “There are people on Shelter Island who have been doing this run for 20-30 years,” says the Shelter Island Run’s Julie O’Neill-Bliss. “Now, their grandchildren are doing it. It’s really become a part of this community, and you can see that in the number of spectators that come out to watch. We see entire families here on Shelter Island. Either the mom or dad is running while the other parent watches the two little kids. It reminds us to keep expanding what we do for the families.”

It’s a fitting reminder, as families are what the Shelter Island Run is all about. For starters, the run itself joined its own family this year: It is now part of a Grand Prix Series with the NYPD Memorial Run (May 21, 2017) and Cow Harbor (September 16, 2017). The series celebrates the three great and historic New York races, and will offer prizes for the overall winner in all three.

The run also honors the families that attend the race—either as participants or spectators—by offering a legendary post-race party with excellent food, music, and kid-friendly fun and games. That party, called the Runner’s Festival by event organizers, will be held following the race at 7:00 p.m. at the Island Boatyard and Marina. The event is free for runners and kids 14-and-under. Tickets otherwise are $10 per person. 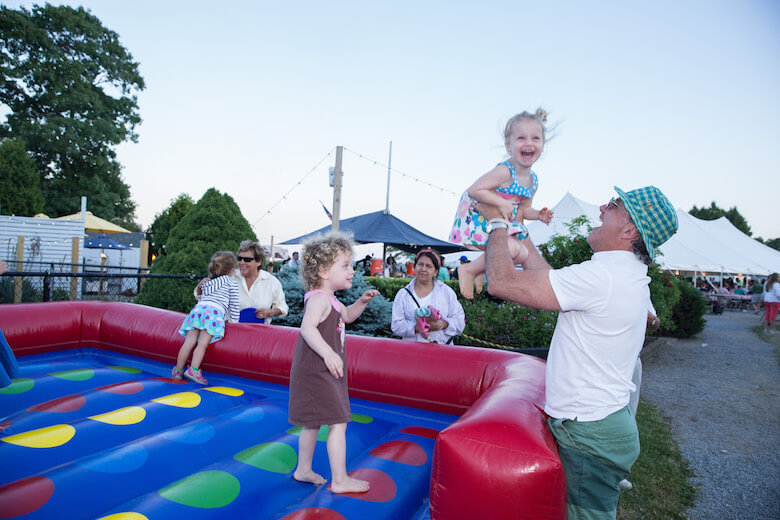 “There are so many runs, and many of them now are alternative runs. It’s a very competitive field,” says O’Neill-Bliss. “With half-marathons becoming more trendy, we want to stay current and popular. We want to keep this legendary run going.”

To that end, the Shelter Island Run has enlisted the help of John Kowolenko of Hampton Event Management International to produce and sponsor the race’s after-party.

“Our goal is to offer the athletes and their families the best possible experience—a very fun experience—after the race,” says Kowolenko.

In that, he and the Shelter Island Run certainly succeed. This year’s after-party will feature 7-8 artisanal food trucks, a photo booth, and a bouncy castle with face-painting for the kids. DJ Twilo will be on hand to provide the evening’s tunes.

“DJ Twilo is just a force to be reckoned with,” says Kowolenko. “She has this great energy and the kids love her. Everybody loves her.”

Everybody also loves the after-party. 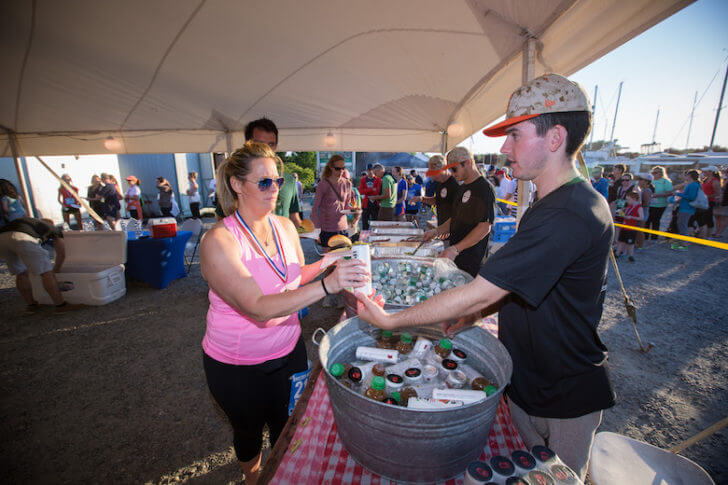 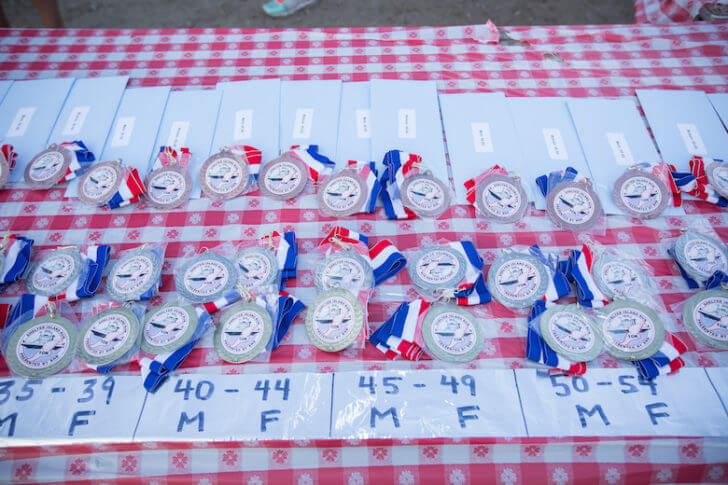 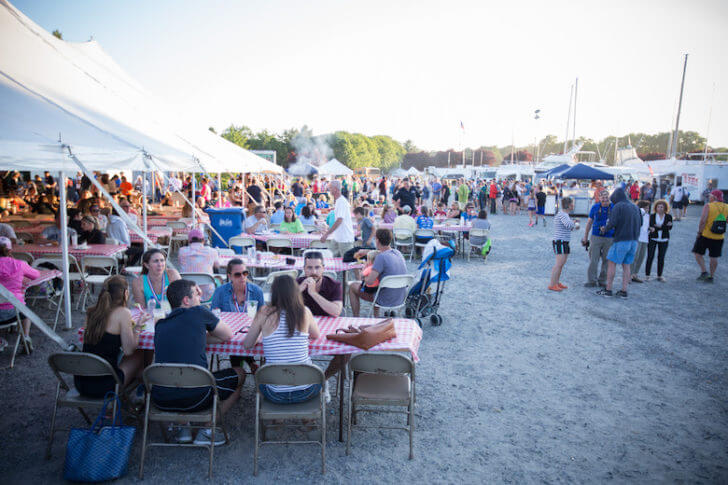 “So many local families attended it last year and almost all of them were like, ‘Oh my god, this is amazing!'” says O’Neill-Bliss. “It’s just evolved into such an amazing thing.”

Not unlike the Shelter Island Run. In addition to the race itself and the afterparty, there is a third aspect that could get lost in all the athleticism and fun: The run benefits the Shelter Island 10K Community Fund, East End Hospice, and Timothy Hill Children’s Ranch.

“It’s a win-win,” says O’Neill-Bliss. “The charities we support are very vested in the East End, so we’re supporting our bio-region. Support your local race and you’ll also be supporting your local farmer.”

And then, as if that’s not enough of a reason to attend, she adds: “And, I mean, how many races can you get to by boat? Can you imagine anything more fun?”

The 38th Annual Shelter Island Run will come to Shelter Island on Saturday, June 17, 2017. The race will begin at 5:30 p.m. with the after-party to follow at 7:00 p.m. For more information on the Shelter Island Run—or to register to participate—please visit their website. Edible East End is a proud sponsor of the historic race.