The authors will be hosting a signing at Guild Hall on Saturday, May 20. 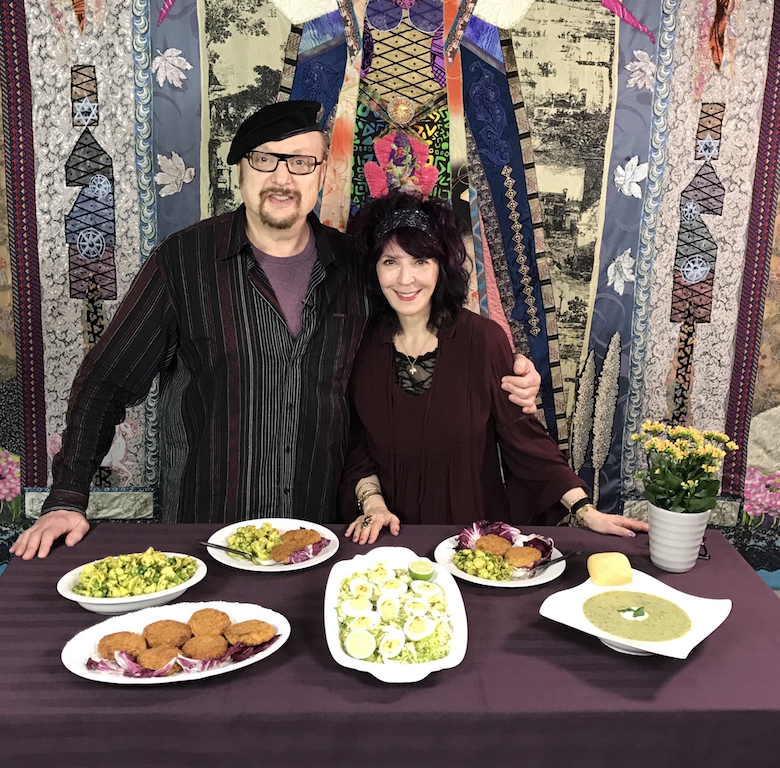 The purple mailbox is a sign that I’ve arrived at the Enchanted World of Amy Zerner and Monte Farber.  I’ve come to discuss their cookbook Signs and Seasons: An Astrology Cookbook written with Chef John Okas. I knock on the purple door and Farber, a tall, affable man with an open face, welcomes me into the kitchen. I admire the purple orchids, and we move into the living room, where Zerner is waiting.

Zane, their cat, is mysteriously spooked and makes a mad dash up the stairs, with Farber following close behind. “He never does this,” said a frantic Farber.

Zerner is a striking woman with deep purple hair and a glamorous glide. “The house absorbed the store,” she said, draped in a purple jacket of her own design. The couple recently closed a shop in East Hampton Village but princesses-in-the-know head to Bergdorf Goodman in New York City for her jeweled silk gowns. The high end department store will also carry their first cookbook.

Aside from the fancy duds, the living room houses a floor-to-ceiling shelf displaying 45 books the couple have written over the years, with no signs of slowing down. Instant Tarot: Your Complete Guide to Reading the Cards just came out this month. Enchanted Tarot and Karma Cards: A New Age Guide to Your Future Through Astrology, which have been translated into 16 languages, will celebrate 25 years in print, with new deluxe editions in September.

Although they’re used to writing astrology instruction books and guides, the idea for a cookbook has always been on the back burner.

“I first thought of the idea many years ago with my mother,” said Zerner. The first pitches didn’t go over well.

“Publishers didn’t get it 25 years ago,” said Farber. Until Claudia Boutote of Harper Elixir reached out to them two years ago for new ideas. Working with editor Libby Edelson, the cookbook finally came to fruition.

I settle into a deeply cushioned purple chair. A silver tray of mini carrot cupcakes on the coffee table represents one of 96 recipes in the book. “I could live off these cupcakes,” said Farber, an Aquarius who loves food, as we devour the little morsels. 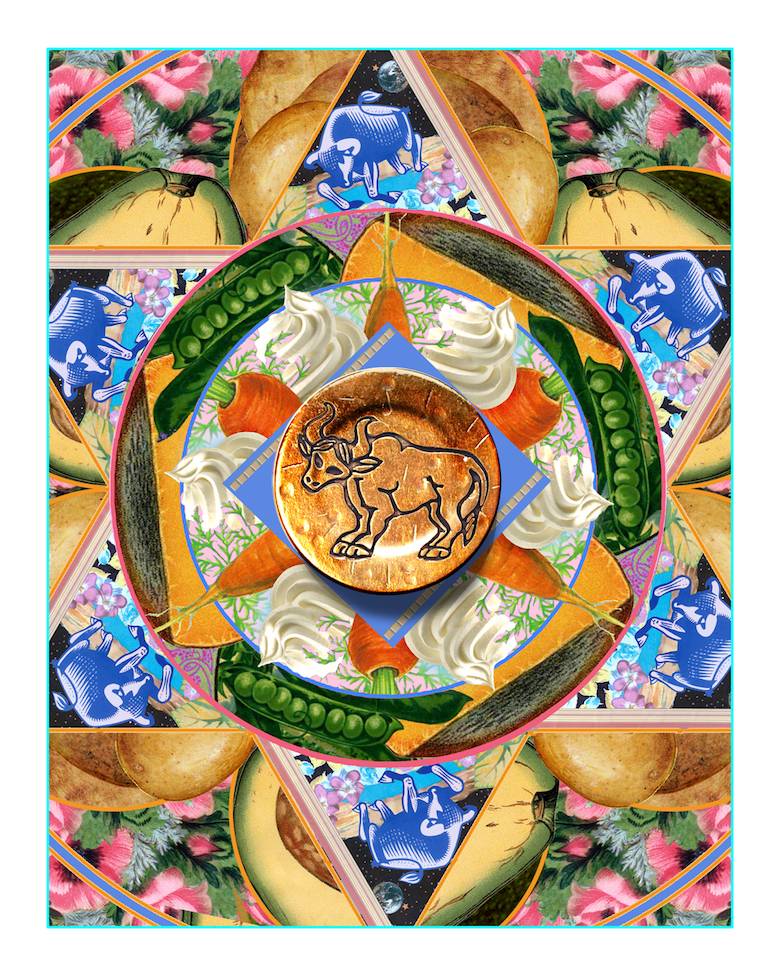 The cupcakes are an “Aries” recipe, under Spring, the first chapter. “They’re not too sweet,” said Zerner, an Aries. “Aries are childlike and like to play. Cakes are fun. Carrots are a springtime vegetable and give you a little energy.”

The couple are gluten-free so almond and coconut flour take the place of wheat flour. The recipe also calls for coconut oil instead of butter, honey instead of sugar and cinnamon, nutmeg, vanilla and powdered ginger for flavor, topped with a dollop of maple syrup and vanilla cream cheese frosting.

“Aries like doing things fast,” Zerner said. “They like to whip things up speedily and pop them into their mouth.” I’m a Sagittarius but she didn’t have to twist my arm. Sagittarians will try anything.

Farber and Zerner met on the set of a pornography film in New York City. Soon after, he moved into her mother’s East Hampton home. “I’m the man who came to dinner and never left,” he said. They married on June 11, 1978 and have been inseparable since.

The two best men at their wedding, chef John Okas and artist Dan Romer were tapped to perfect the recipes and design of the cookbook.

“We each did what we’re good at,” said Zerner. “I like a big project. Monte and Dan let me be in charge.” Aries like to be in charge.

Being that the chef is also an Aries, Zerner and he have similar work ethics. “Once we get something into our head, it’s done.”

The collaboration turned out to be an exercise in fun. Their days began with lists and phone calls and ended in kitchen work sessions before passing the recipes by Edelson. All along, Zerner and Farber did what they do best, exploring deeper meanings, using meditations, affirmations and messages from their deck. “I like to work spontaneously, almost like a diary, to see what comes out,” Zerner said.

Indian food is Amy’s specialty. She points to a spring recipe under Gemini, a chicken tagine with potato, preserved lemon and apricot as one of her favorite recipes, as it includes many of her go-to spices such as coriander, cumin, turmeric, cayenne and garlic.

To select the best “robust, all-natural recipes,” for certain dinner guests, first read the section “How Each Sign Eats, Cooks, and Entertains,” then go to the season and check out the starters, salads, pasta, vegetarian, seafood, meat, sides and desserts, to balance the sign-specific meal. Remember, “we are all in Aries-impulsive in early spring, Cancer-moony in June,” no matter when you were born.

Romer used elements of Zerner’s tapestries and jewelry intermixed with images of vintage seed packets and wallpapers to create a complex and colorful food mandala for each sign of the zodiac.

“Life is that complex,” said Zerner. “There are so many ins and outs of doing a cookbook. It’s alchemy really.”

A purple glass cat on the windowsill catches the afternoon sun and Zane finally came out to play. Maybe life isn’t so complex after all.