Guess Who’s Back in the Kitchen? Cuvée Bistro & Bar to Hold Series of Pop-Ups 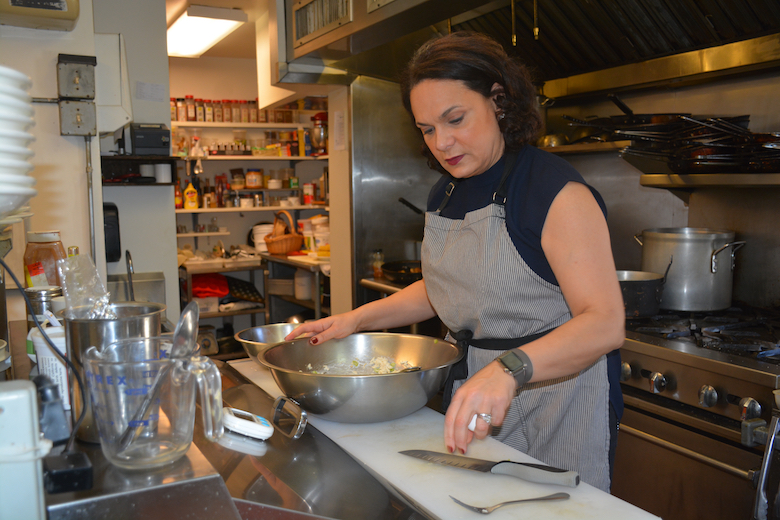 Chef Deborah Pittorino was recently back in the kitchen at Cuvée for Taste of the North Fork.

When Deborah Pittorino closed Cuvée Bistro & Bar in late 2015, the chef/owner had no imminent plans to reopen the Greenport eatery.

While the restaurant’s kitchen still caters events and serves breakfast for guests staying at the Greenporter Hotel, also owned by Pittorino, that was basically it.

Pittorino had closed the 15-year-old establishment to spend more time in the city with her husband Bill, who is undergoing treatment for pancreatic cancer at Memorial Sloan Kettering Cancer Center.

“He’s in a very intensive and aggressive chemo program,” Ms. Pittorino said. “But my husband is really tough. He was an athlete, and in great physical condition going into this, and I think that’s what’s made part of the difference. We’re getting the best care and we’re fighting the fight.”

Recently Ms. Pittorino began reopening the Front Street restaurant for special events. Shellabration 2016, the annual Greenport festival that benefits Cornell Cooperative Extension’s marine programs, was her first time back in the kitchen in nearly a year.

“The line outside was crazy!” Ms. Pittorino exclaimed. “It was so packed, we thought the walls were going to cave in!” 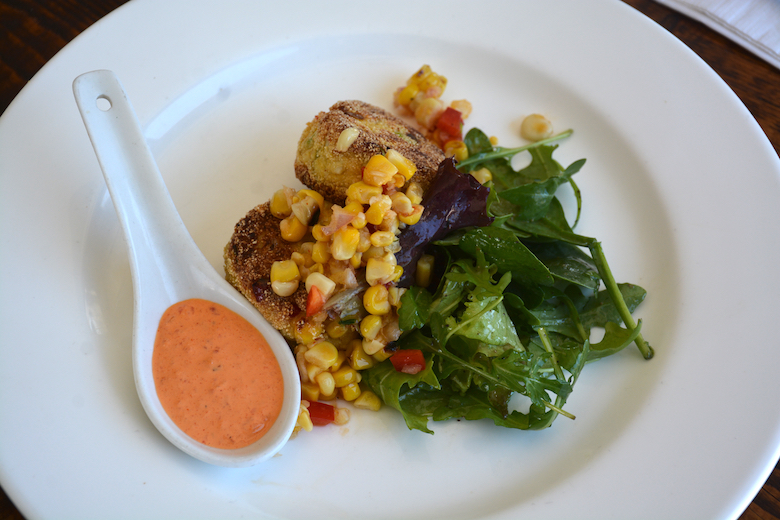 In fact, the response was so positive, when Raphael Vineyards approached Ms. Pittorino about holding a pop-up event at Cuvée for “Taste of the North Fork”, she said yes.

“I thought it was a great idea,” she said. “The pop-up would be an easy event to do because it’s less staff and it would be fun to serve four or five legacy appetizers.

Some of the appetizers that Cuvee served included their crab cakes with corn relish, homemade pâté and oysters cuvée, which is made with Peconic Bay oysters and a sauce made with Sparkling Pointe Winery’s sparkling wines. 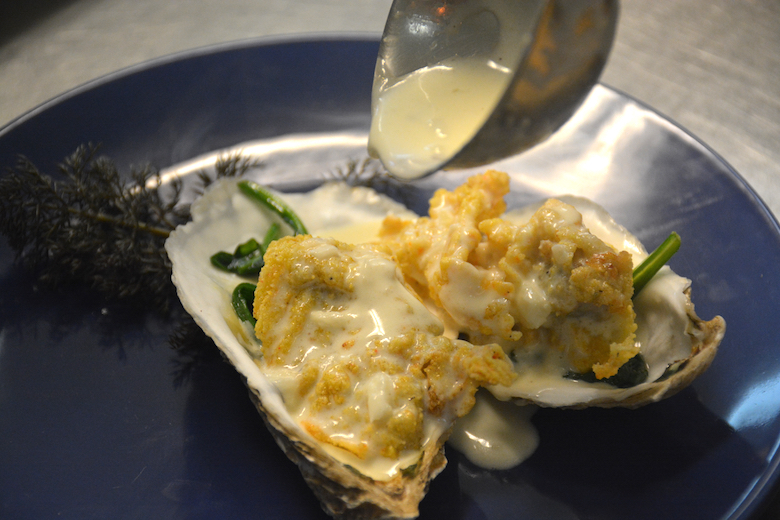 “People love those things,” Ms. Pittorino said. “Honestly I could just open back up, serve oysters cuvée, and people would come just for that.”

That could become a reality or at least a part-time reality, as Ms. Pittorino is planning more pop-ups.

“We’re analyzing our options, but we still have many unknowns, so we’re putting the health situation first,” she said. “The pop-ups will be about once a month, then we’re going to see how it goes.”

Cuvée’s pop-ups will include a participating vineyard at each event. Ms. Pittorino has always been a big supporter of Long Island’s vineyards, serving their wines when Cuvée was open.

“During Shellabration people came in and told us how much they had missed us,” she said. “It feels really good to be back.”