Wine country has a lot more to offer than just wine. 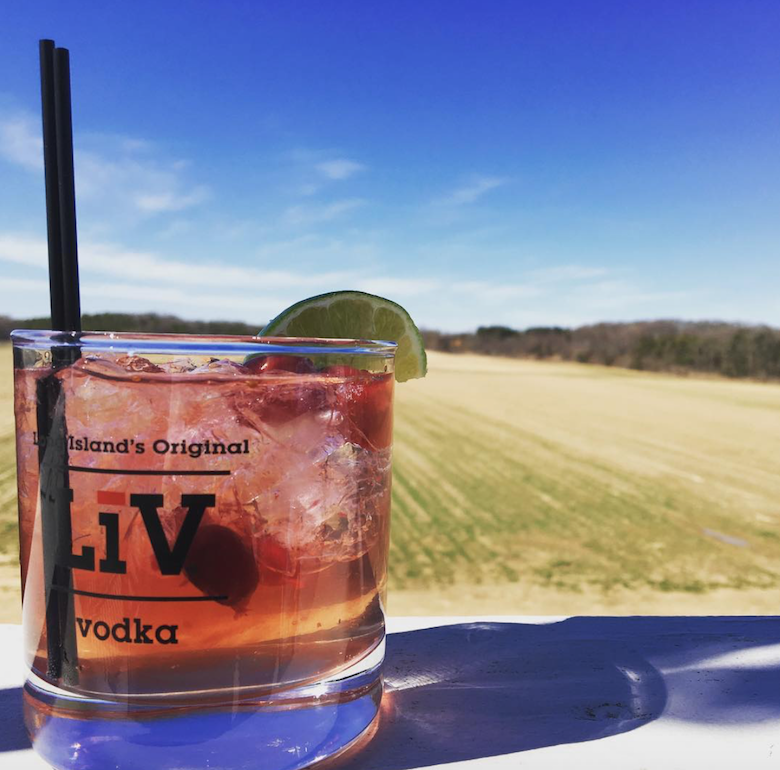 We all have someone in our lives who says they don’t like wine. Maybe it’s your beer-loving boyfriend, or a friend who only drinks whiskey. Either way, nowadays, Long Island wine country has something for everyone—even non-wine drinkers.

3 Places to Find the Hard Stuff

Twin Stills Moonshine in Riverhead distills spirits from Long Island corn and infuses them with local honey and berries to create different flavors. They also create one moonshine aged in oak, and others flavored with coffee and chocolate. You can taste them straight or mixed in a cocktail.

Long Island Spirits in Baiting Hollow was the first craft distillery to open on Long Island. Located on what remains of an historic potato farm founded by Polish immigrants, Long Island Spirits started out with vodka made from local potatoes. After a decade in business, their line now includes whiskey, bourbon, rye, gin, and flavored vodkas. Be warned: you have to climb a set of stairs in the restored barn to get up to the bar, where there’s often great live music, too, but it’s worth the trip, just be careful on your way down!

Shinn Vineyards recently became the first farm winery and distillery on Long Island, which means they produce sherry, brandy, eau de vie, grappa, and grape vodka in addition to wine. The spirits are crafted in small batches in a copper pot still handmade in Portugal. Because of this, availability is limited, so call ahead if you’re particularly interested in tasting more than wine.

2 Places to Find the Other Hard Stuff—Cider

Hard cider is experiencing a resurgence in popularity across the country, and the East End is hopping on that bandwagon. Woodside Orchards, with locations in Jamesport and Aquebogue, has been growing apples since the 1980s. You can pick your own, as well as buy their vegetables, honey, and baked goods, when you stop to taste their ciders and fill up a growler. They make a traditional and a sweet version, as well as seasonal flavors like raspberry, ginger, cranberry and cinnamon.

Riverhead Ciderhouse is the newest cidery to open on the East End, and they’ve gone big. Starting with three constant ciders, a traditional, a sweet, and a raspberry-flavored, they’ll add limited edition releases starting with this fall’s apple harvest, crafted by veteran winemaker, Greg Gove.  In addition, the bar offers flights of local wines and beers, so you can bring your whole motley crew here and everyone will leave happy.

And Finally: 3 Tap Rooms to Get Your Beer Fix

Need a gift for the beer lover in your life? A membership to the 2017 Society for Fine Liquid Provisions is the gift that keeps on giving year round! Membership includes: -One Monthly Growler Fill or Four pack of cans, one per month (select cans) -Exclusive 2017 Society of Fine Liquid Provisions Growler -Four bottles of Society Exclusive beer. Two bottles of two different styles -Access to the society exclusive tap in the tasting room -Birthday pint in the tasting room the month of your birthday -$1 off all additional growler fills -$1 off all pints in the tasting room (NEW for 2017 membership!) -10% all brewery merchandise -Membership Card -Priority re-enrollment for 2018 membership registration All for $199 for the year! (Over $275 value!) Click the link in our profile to learn more about membership and to claim your spot before they are gone! #craftbeer #craftbeerlover #craftbeerporn #beerstagram #beerlovers #brewery #beerisgood #microbrew

Moustache Brewing in Riverhead is one of the newer players on the East End craft beer scene.  Their tap room has a selection of core beers that are always available to taste as well as a rotating collection of seasonal and specialty brews. If you have a wine lover in your crew, send them home with a bottle of Champagne Showers (unfortunately, it’s only available in the bottle only and not to taste).  It’s a golden ale brewed with local Chardonnay juice and conditioned with Champagne yeast.

Long Ireland Beer Company, in downtown Riverhead, doesn’t have the hippest, fanciest tasting room. It has more of a classic Long Island Irish pub feel, but the beer is good and the staff is friendly. The tap list is always changing, but try the Chocolate Porter if you get a chance. It doesn’t have that weird fake chocolate flavor some beers have, and it’s delicious!

Well Rested, our blended Imperial Stout. Comprised of our Imperial Smoked, and Imperial Milk stout aged in Heaven Hill whiskey barrels for 6 months. Then further blended with stainless steel aged Fork & Beans to round out the barrel character. Intense dark malt and barrel notes with a medium to full body. Chocolate, vanilla, and touch of smoke. This variant is also blended with fresh cold brewed @noforoastingco house blend. ONLY AVAILABLE AT @hoptronbrewtique's Local IndePINdent Party. THIS WILL NOT BE AVAILABLE IN EITHER OF OUR TASTING ROOMS. Cheers. _______________________________ #northfork #beerrelease #indepindentparty #independentbrewery #craftbeer #ogseries #ImperialStout #BourbonBarrelAged #Bourbon

Greenport Harbor Brewing is the OG of the craft brewers on the East End. With two locations, the newer large Peconic facility and the original intimate Greenport spot, Greenport Harbor offers lots of choices.  In Peconic, they always have the standbys on tap – a pale ale, lager, IPA, and porter, as well as a selection of their seasonal and small batch offerings.  Set up for crowds, the larger tasting room requires you to choose your five beers for the flight up front, and they all get poured into small snifter style glasses arranged on a cool whale shaped holder. In Greenport, the vibe is friendlier and more laid back. You never know what will be on tap, but it’s usually a mix of old favorites and new experiments. You can choose your flight as you go, which can be a pain on a crowded day, but it’s also more fun that way.