Heart-ing (and Supporting) the Lady Parts at Baron’s Cove

Endometriosis affects thousands of women on the East End. Here’s how the community gathered together to support one of them. 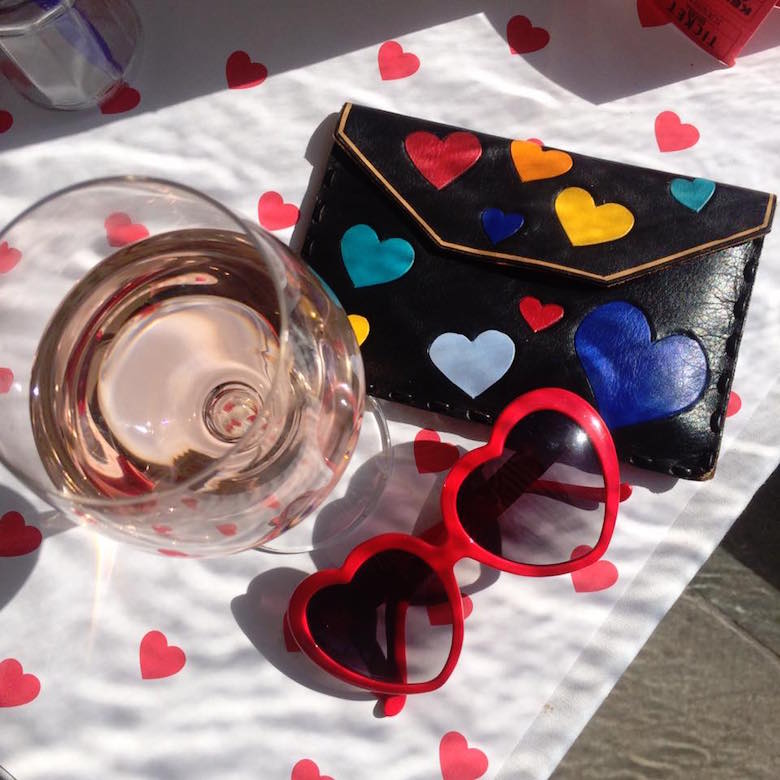 A scene from the “i heart my lady parts” benefit. • Photo by Ashley Boer

As the knitting of pink pussy-cat hats becomes more commonplace, as well as the reclamation of formerly-shunned language describing women’s bodies (thank you, Donald Trump), it should not have surprised me when I recently spotted pink flyers and posters about town proclaiming “i heart my lady parts.” But it did, and here’s why: I knew instantly the phrase connoted something entirely different—though no less attached to shame—than current political discourse on feminism.

“i heart my lady parts” invited guests to a fundraiser for Ashley Boer, an aspiring floral designer and wait staffer at Baron’s Cove hotel and restaurant in Sag Harbor. Ashley has a disease called endometriosis. I have it, too, which is how I knew what those little pink flyers meant before I even read one in detail.

On Sunday, April 9, a sunny but cold afternoon, guests gathered on the back patio of Baron’s Cove, off the bar and grill, where a transparent tent was erected to ward off the wind but allow the gorgeous view. There was a suggested donation, some great food, a lot of auction items, and a lot of information—videos, blogs, pamphlets—about endometriosis. “But what is endometriosis?” you ask. Exactly. 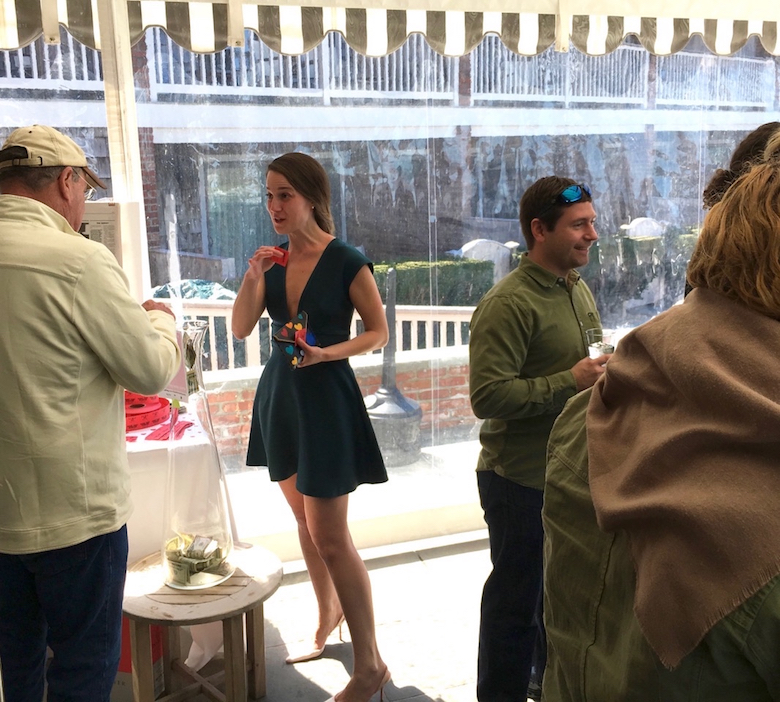 Chlorosis, Hysteria, Moral Insanity, Female Morbidity… Victorians had as many inaccurate names for it as they could invent, and committed countless women afflicted with these so-called conditions to asylums. My own modern-day diagnosis wasn’t much better. Ask Iron Chef Padma Lakshmi or actor Susan Sarandon and you will find you don’t have to be a nobody to get a non-diagnosis, let alone a bad one. Endometriosis does not discriminate, and neither does the medical profession when it comes to endo, as it’s fondly termed: we all have, at some point, gotten a terrible response from doctors ill-trained in this disease.

Endometriosis is a condition wherein cells like those in the uterus lining are found elsewhere in the body. These cells are still affected by hormone changes and even cause hormonal imbalances. They grow, then bleed, but unlike a menstrual course the cells have no way of leaving the body, and so multiply and form adhesions that stick to other organs. Endometrial tissue can be found almost anywhere in the human body (in rare cases in the brain and lungs), and can form large, blood-filled cysts. According to the World Endometriosis Research Foundation, there are an estimated 170 million sufferers wide. 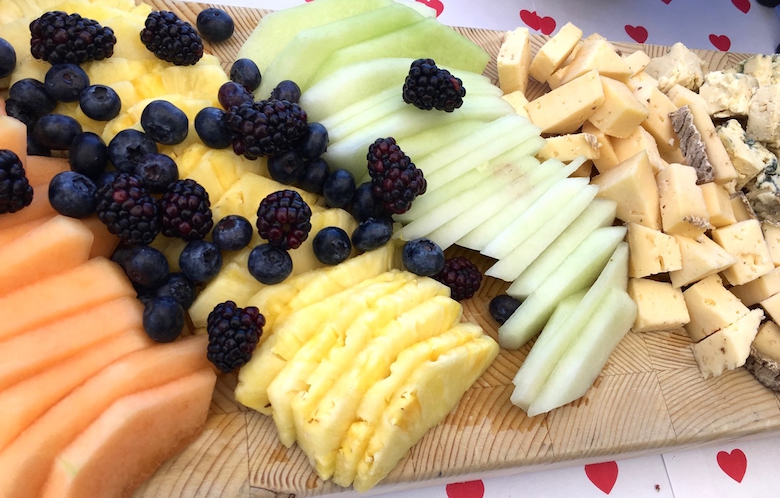 Women have been negotiating this prickly and humiliating landscape of ill health with little more than a nod from anyone, and with varying symptoms, for centuries. Over the last decade, there has been better research and more communication within the medical community. Oxford University in the U.K. and M.I.T. in America have launched schools of research devoted to endometriosis, which both institutions currently classify as an auto-immune disease.

Enter Ashley Boer, a petite beautiful woman in her early thirties who, thanks to some progress with the disease, the internet, and a web of millions of women sharing their stories, found a renowned surgeon to treat her and, most importantly, believe her symptoms were in fact due to endometriosis. Like most women with this disease—myself included—proper treatment can be hard to get as it requires surgeons experienced with the disease. One loses an awful lot of work days from pain and exhaustion, but Baron’s Cove have been immensely supportive of Ashley and deserve applause for this. Ashley’s surgery is this week and her job will be waiting for her when she’s recovered, as will a blossoming career in floral design. Someday, one can hope, everyone will treat women with endo in a similar fashion. 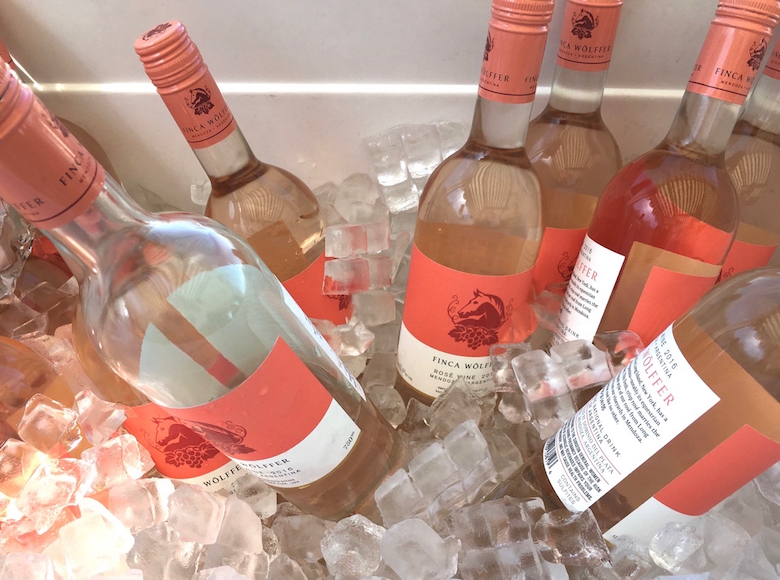 Wölffer donated rosé to the event.

At the fundraiser, guests noshed on whole grain mini muffins made at the hotel, as well as locally-sourced cheese and fruit plates, Wölffer Vineyard rosé, Montauk ale, and house-brewed coffee. Ashley and I spoke about the role food plays in managing endometriosis. For instance, one should stay away from soy products, too much sugar, and anything refined. Inflammation is the enemy, as is anything that causes it; so is estrogen in all its forms—plant or animal. Your favorite salad when anemia sets in? Kale and baby arugula with pumpkin seeds. Best soup for migraines and pain? Butternut squash and roast carrot with ginger.

Mostly, what women like Ashley need is a supportive community and place of work. I’m heartened to see she’s got that covered.