Great news for the future of farming on the East End: Maggie de Cuevas recently sold the Amagansett Farmers Market and the surrounding 9.3 acres of farmland to Amber Waves Farm. 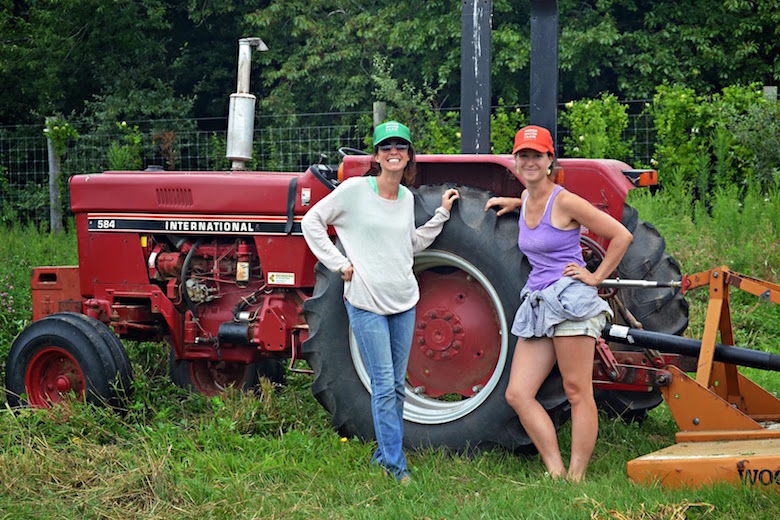 The coexistence of farmlands and beaches is an integral part of the character of the East End. But without intervention, both cannot survive. That’s because oceanfront, ocean-view, and ocean-accessible real estate in the Hamptons is among the most expensive in the world. And no matter how heirloom the tomato, farmers don’t make that kind of money.

Organizations like the Peconic Land Trust and Amagansett Food Institute, as well as individuals like the de Cuevas family, have helped to keep farms working even in the midst of ever-increasing real estate price tags. The most recent transaction, in which Maggie de Cuevas sold the Amagansett Farmers Market and the surrounding 9.3 acres of farmland to Amber Waves Farm, secures a signature Amagansett land tract, and guarantees that it will remain a productive farm in perpetuity.

This complex transaction was dependent on the collaboration of many, and on relationships built over years. Katie Baldwin and Amanda Merrow, founders of Amber Waves Farm, didn’t grow up in the farming business. They met as apprentices at Quail Hill Farm in 2009, and in that same year, they met John de Cuevas. The de Cuevas family is responsible for more than 250 acres of preserved lands in Amagansett, from woodlands to farms.

Mr. de Cuevas helped Merrow and Baldwin launch the Amagansett Wheat Project in 2009, and this vote of confidence was the bedrock on which the young farmers built their careers. Nine years and hundreds of communal dinners later, John’s daughter Maggie entrusted Amber Waves with her precious Amagansett land.

“Maggie was the owner of the farm we were stewarding,” said Katie Baldwin, “and in that way she trusted us to put forward our best energies and efforts on her behalf. That was a trust building relationship over the course of almost a decade. This [sale] is the fruition of ideas and conversations over the course of years.”

There's still room at the table for our #copperovendinner @amberwavesfarm this Sunday, August 7 at 5pm! @hillarysterling23 of @vicsnewyork has an incredible Italian-inspired feast planned with all #localproduce and #localseafood. Follow the link in our profile to check out the full menu and get your tickets! All of our #inthefield dinners have #soldout, so don't delay! #amberwavesfarm #amagansett #eastend #farmtotable #fieldtofork #inthefield #dinner #woodfiredoven #woodfiredcooking

But while Ms. de Cuevas will be the first to say that she loves and respects the women of Amber Waves, she is also a pragmatist, and it wasn’t just trust that prodded her to complete this transaction.

“The land is restricted about as tightly as any farmlands can be restricted,” said Ms. de Cuevas. “Even if they decide tomorrow they don’t want to be farmers anymore, the land is still protected.”

When de Cuevas first purchased the land from Pat Struk about eight years ago, her goal was to protect it. She assumed it would go to the Peconic Land Trust.

“But as the project evolved,” she said, “it became clear that Katie and Amanda were a better fit. They were already there, they were a nonprofit, and John Halsey was delighted. It could become a model for protecting farmlands.”

#organic #eggs for sale at the farm! Come see us and visit the star of the show #rhiannathechicken 🐔

Halsey, President of the Peconic Land Trust, has been an integral part of many transactions that helped keep farmers farming on the East End. He sees it not only as a way to ensure food security to our region, but also as a way to preserve the historical purpose of agriculture in this area, which, before wineries and horse farms, was always food production.

“Amber Waves Farm is a wonderful example of new farmers, organizations, and community members all working hard to come up with novel ways to keep farmland in production,” said Halsey. “In this case, it helped a new farm go from leasing to owning land in a place where one would think it unlikely to happen. We hope this will be a model that will be replicated.”

The sale is a big deal in terms of the future of Amber Waves. For any business or family, owning the property you’re using creates a shift, a sense of permanence, a willingness to invest in the future. For a farm, this is amplified.

“We knew owning the farm was critical to the long-term viability and success,” said Baldwin. “It allows us to make strategic choices that will pay off over the long term, like building soil.”

In addition to physical and infrastructure choices, Amber Waves will also double down on its commitment to building community. They have a good start–150 members in the CSA and close relationships with local restaurants, chefs, and other food purveyors. But they would like to strengthen their focus on education.

“We have stability and long-term security,” said Baldwin, “and this will allow us to attract more staff with young children in mind, expanding the amount of schools we work with. We look to Shelbert Farms in Vermont as an example: they access the community through children through schools, through families through workshops, and through adult education.”

de Cuevas always wanted the best for all the players involved, but mostly, she wanted what was best for the land.

“All the people involved are family or friends, and it stopped feeling like a transaction but more of a collaborative effort,” she said. “It was really important to feel like we were doing the right thing, and I feel we’ve achieved that. This land will be protected no matter what.”