The menu featured “the assholes of the animal kingdom,” according to host Erling Hope. 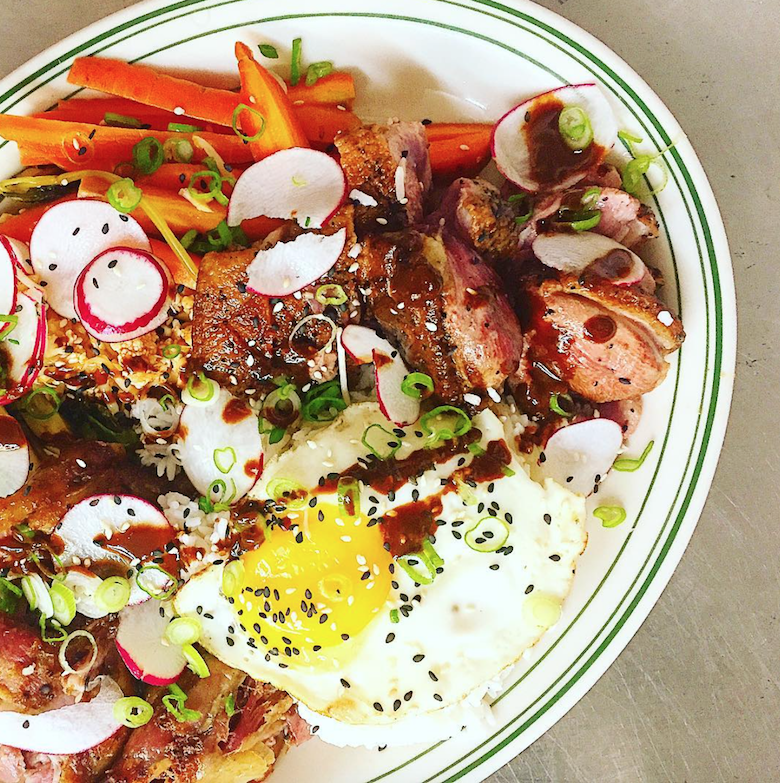 It started with an invitation to join the Facebook group “CrazyMaking.” Next, came a letter asking friends to consider, “What is the craziest thing that you believe?”

Erling Hope—artist, philosopher, life-long East End resident and activist—would be hosting the April 4th Artists & Writers Night at Almond restaurant in Bridgehampton, but his outreach would begin with these provocative queries. The most hilarious of Hope’s commentaries were in response to the menu for the upcoming event: “I’ve just heard from chef Jason Weiner that the menu will feature duck and bluefish. Which will be great because duck is awesome and Jason does amazing things with bluefish. Also, though, these are frankly the assholes of the animal kingdom. Seriously, bluefish and ducks are jerks. Bluefish, the angry, entitled type A yuppies of the fish world; the only creature other than sharks and us that just keeps killing after they’ve eaten their fill, and ducks, the gang rapists of pond life. They both deserve eating. And that is far from the craziest thing that I believe.”

True to the lead-up, Hope’s presentation (and the accompanying dinner) was spectacular and unexpected. Co-proprietor Eric Lemonides remarked they had reserved more seats than any Artists & Writers event so far, propelling the restaurant to rearrange the seating into rows of long farm-tables to accommodate a bursting room. 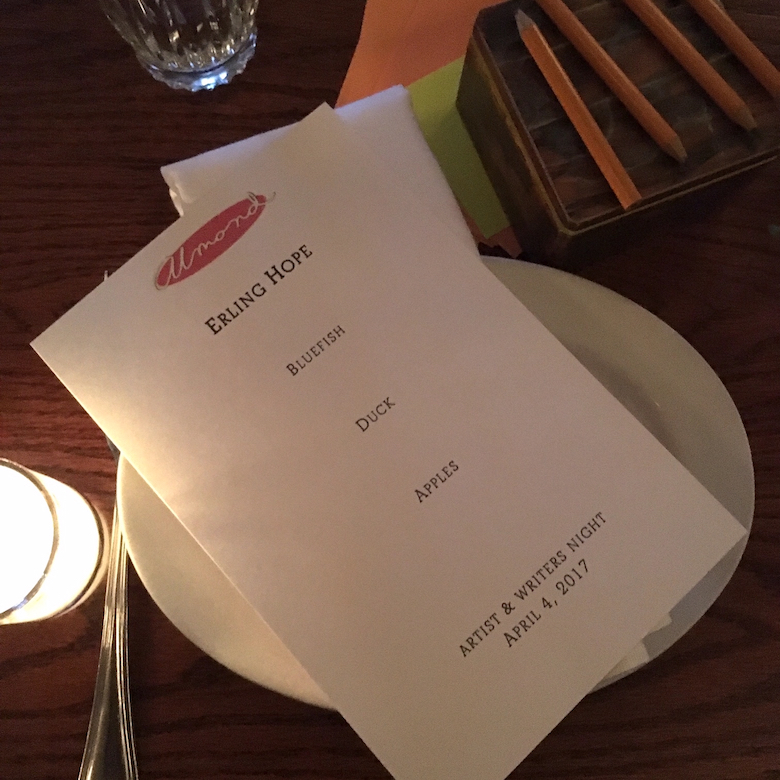 In what is increasingly referred to as our post-election world, community gatherings in which culture and good food bond and heal, are what Hope referred to as “mitzvahs,” a Hebrew term for a Commandment which has also come to mean an act of human kindness in keeping with that law—a good turn, if you will. Hope works with faith-based communities on the East End in collaborative art projects where participants discover patterns based on words like “give” or “shelter.” Taking drawings done by church or temple members, Hope translates them into enormous mandala-like spirals, then takes a slice of this image and enlarges it into murals and panels. The end result is visually resplendent and emotionally transformative.

Even with years of working on community outreach, after the recent presidential election Hope said he “began to think that stepping into someone else’s shoes” was less attainable than he previously thought. “In our new ‘post-truth’ environment, paranoid beliefs about fevered conspiracy dreams have changed the course of history. People in this country and abroad are losing the ability to agree on the nature of basic facts, let alone have rational and respectful conversations about the world. This moment begs, among many other things, a closer look at the relationship between belief and sanity.”

The meal told a story: of local stock and local history, of community and farms and what we have been catching and picking and slaughtering for hundreds of years, and of embracing multiculturalism.

Hope encouraged the audience to explore the possibilities for the arts to intervene in the encounter between faith and belief, and the world around us.

Between three presentation segments came the presentation of food, on the menu listed simply as Bluefish, Duck, Apple. Each dish was created with what Chef Weiner called, “a few straight forward classic moves.” Weiner and Almond’s new chef de cuisine, Jeremy Blutstein, worked together for their first major event since Blutstein joined the Almond team. 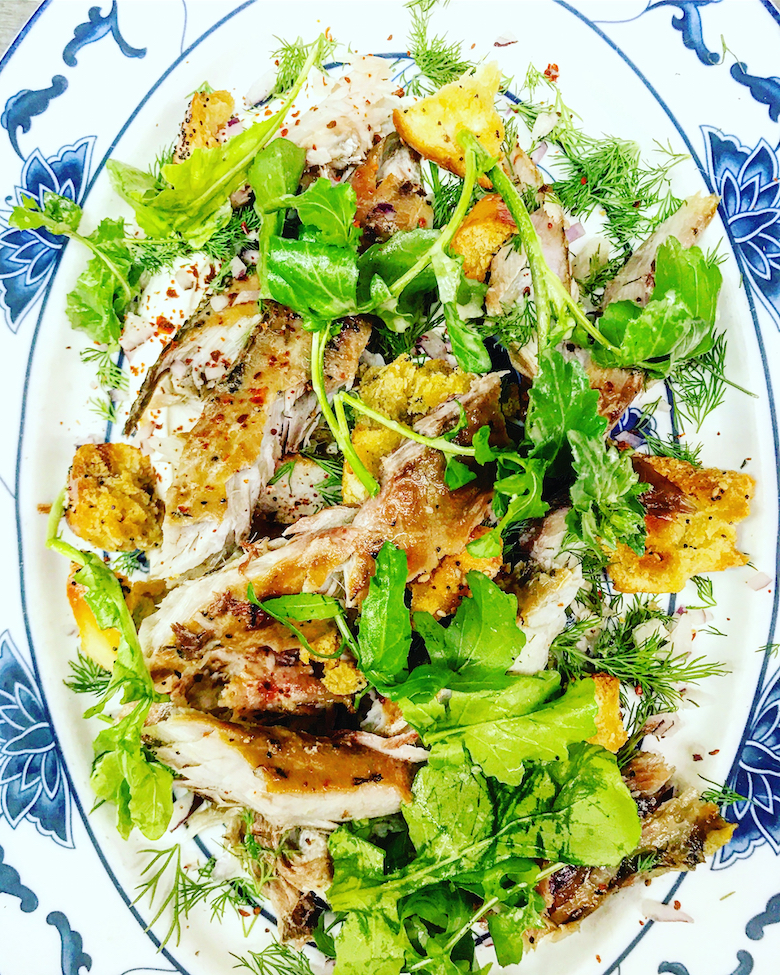 The meal told a story: of local stock and local history, of community and farms and what we have been catching and picking and slaughtering for hundreds of years, and of embracing multiculturalism. Hope’s theories on faith complimented nicely: that “Belief is the story that supports Faith.” In contrast, he noted, one’s belief can also be a creation that is unnecessary and, sometimes, dangerous: the belief that there is an Us and Them, that multiculturalism is “un-American,” that manufactured stories are real news.

“You know those voting maps?” Hope asked the room at the end of the evening. “Where you see blue along the coasts and red in the middle? Well, if you look closely, into each state, each district, you will see that blue runs along all waterways.” Communities on the water, he noted, have always been places of ebb and flow, of flux, of migrants and immigrants, of trade—natural locations for cultures to interact. Another phrase from earlier in the evening hovered in the subsequent hush of the room: the idea that, “Maybe we are not supposed to speculate, we are just supposed to let it be.”