A landmark restaurant begins a new chapter in Riverhead. 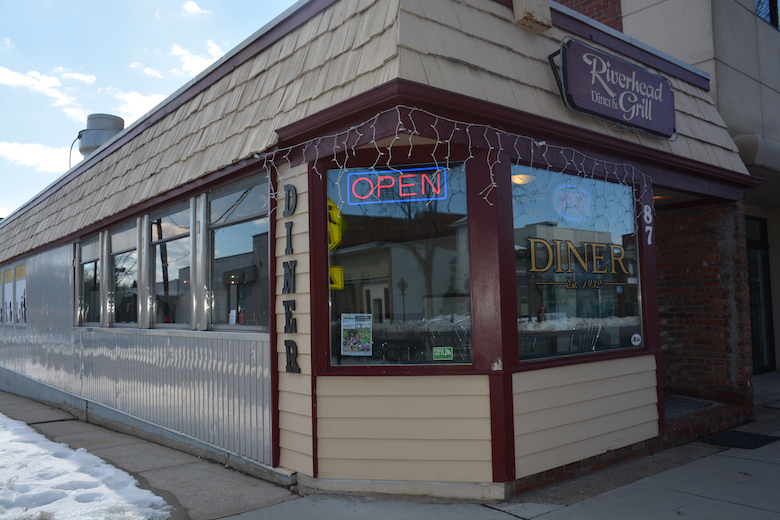 The clinking china, sizzle from the grill and hum of conversation tells you that Sunny’s Riverhead Diner & Grill is bustling, as customers enjoy a late breakfast or early lunch.

New owner Jim Liszanckie is in the kitchen, while his wife Sunny is supervising the wait staff and talking to customers. Known as the Riverhead Diner & Grill for decades, the Liszanckies added Sunny’s name when they bought the restaurant last year.

“We were not looking, honestly,” Mr. Liszanckie said. “My wife stumbled across the ad for this place and looked at me, saying, ‘What do you think?'”

The Liszanckies were at a crossroads. Jim, a Greenport native and former chef at aMano restaurant, was now a salesman for Dairyland Chef’s Warehouse, but he had hit a wall.

“I knew I didn’t want to continue in corporate, but I didn’t know where to go from there,” he said. “That ad literally changed everything.” 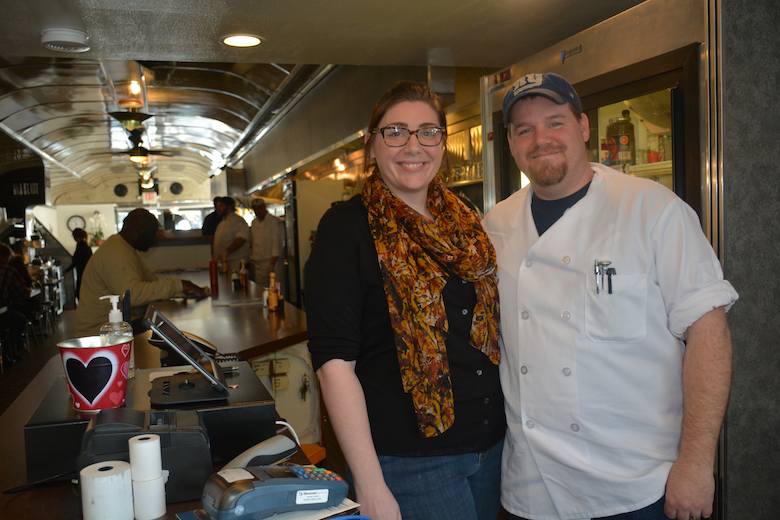 The Liszanckies had just had their son J.J. and Sunny, a Riverhead native, had returned to her job at Executive Flightways in Islip.

“Aviation never sleeps,” Ms. Liszanckie said. “There were lots of nights where I was pulling out my hair and Jim was a single dad every weekend that I was working.”

In September they saw the ad advertising the diner for sale and the wheels began turning.

“We thought about it and asked God to close the door if this wasn’t right, but the opposite happened,” Mr. Liszanckie said. “Every door opened right in front of us.”

“With their loan approved, the Liszanckies were soon the proud owners of the Riverhead Diner & Grill, which has been serving Riverhead for over 80 years.

According to “The American Diner,” by Michael Karl Witzel, the Riverhead Diner & Grill opened in 1932. It was such an immediate success that five years later owner John Moustaka expanded by installing the now familiar art deco stainless steel Kullman diner.

In 1961 the diner was purchased by brothers Joseph and Frank Strebel. By 1973 the diner passed to Joseph’s daughter Elizabeth “Liz” Strebel, who bought it with her husband. Strebel sold the business in 1999, then watched it flounder and close, before she repurchased it in 2010. Finally Ms. Strebel retired in 2016 and sold the restaurant to the Liszanckies.

The couple knew they were being passed the baton to a Riverhead institution and tread lightly. New sheet rock, wall tiles and artwork brightened up the space, but they were careful not to make too many changes. 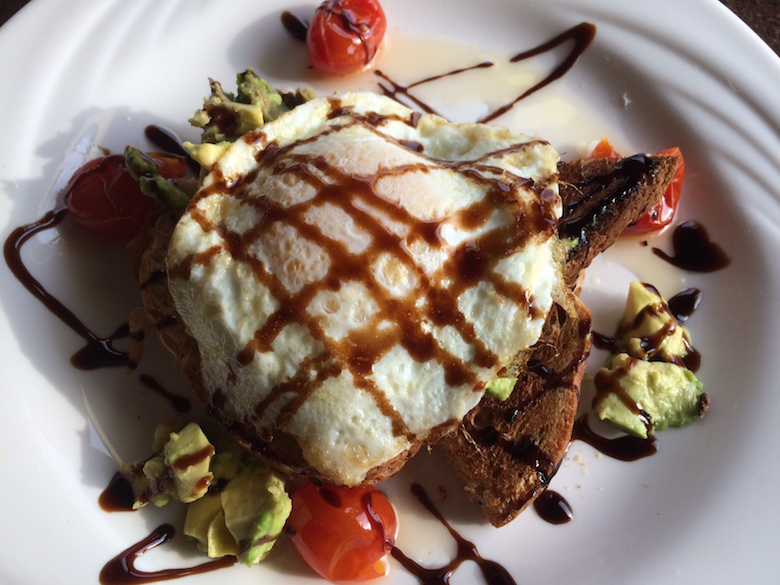 “We wanted to make it cleaner, brighter and more customer friendly,” Mr. Liszanckie said. “But we didn’t want to kill the charm of the original building. If you change the ceiling or floors, you’re taking away what 1932 brought us.”

Minimal changes also allowed them to open sooner, as was the decision to retain the original staff. Another was to keep many customer favorites on the menu, while adding a few of their own.

“We didn’t want to take away from the locals, so we’ve got the hot roast beef sandwich on as a special and the eggs are the way Liz used to do them,” Mr. Liszanckie said. “But then we added to it, like the Avo Tomo, which is turning into one of our best sellers. It’s two pieces of wheat toast with smashed avocado and tomato confit, then you put one fried egg over it, with a little drizzled balsamic.”

Along with the burgers, eggs and fries, the Liszanckies also plan to add healthier options, like salads and sandwiches.

“We have three salads on the menu, there’ll be five during the summer,” Mr. Liszanckie said. “We’ll do gluten-free wraps and quesadillas for the kids or for anybody who wants that option. We’re always looking to find a way that everyone can enjoy our down home food.”

Once their liquor license is approved, local beers will be available for lunch and a dinner menu is in the works for when they’re ready to expand to later hours.

“This is a landmark; everyone knows this place,” Mr. Liszanckie said. “There’s an energy as soon as you come in. The staff has been fantastic. We’re surrounded by good people.”