The founder of the beloved magazine shares his favorite places to eat and drink in Montauk. 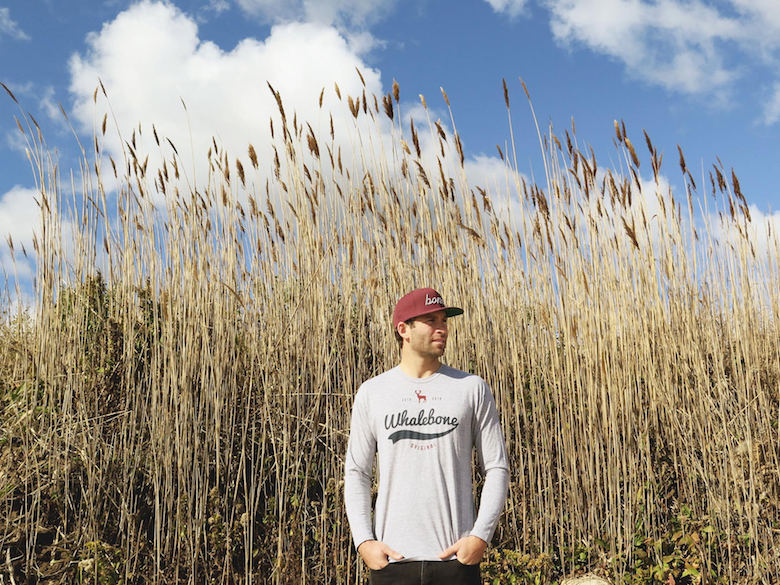 There is a reason Montauk serves as the setting for so many novels, television shows and films. The End is home to a beautiful, particular sort of magic. There are the waves and the lighthouse and the people; the beer, the boats and the food.

There’s also Jesse Joeckel, whose Whalebone Magazine is a favorite read of many Edible readers and editors alike.

Jesse, a Montauk native intimately connected to his hometown’s magic, founded the magazine in 2010 and has watched its impressive rise ever since: a profile in the New York Times, an ever-growing (and ever-selling) collection of merchandise, more than 10 magazine releases—each issue more visually stunning than the next.

Next week, Jesse and the rest of the Whalebone team will bring another issue into the world: the magazine’s first-ever Pizza Issue. To celebrate, the magazine will be hosting an all-you-can-eat pizza party at Roberta’s in Brooklyn on Thursday, March 30. Around thirty tickets are still available—and Montauk Brewing Company will be behind the event’s open bar—so gets yours before you miss your chance.

Ahead of the party and the issue’s release, we spoke to Jesse about his essential Montauk restaurants (and bar crawl, if you’re thirsty):

Almost ready to open… Missing all of you💜 Photo credit @lindsaymorrisphoto

If I have time before I open the store, I swing by Joni’s. I get a breakfast wrap with avo, tomato, pepper jack cheese and hot sauce paired with a pretty, pretty smoothie. If I’m in a rush or the waves are good, I head straight to the Ditch Witch and get 2 breakfast burritos and a surf.

If I have time to sit down, I’m heading straight to The Dock. I almost always go for one of the daily specials and a short draft or two. For a quick bite, Naturally Good is a daily occurrence, fish tacos and a kombucha is usually the call.

Montauk Bass – thank you @allgoodeats for snapping a nice photo!

On date night, I’m taking my fiancée to The Crow’s Nest—stopping first for a quick stop down at their beach bar for sunset drinks. The bartenders there are great and the watermelon cocktail is perfect after a long summer day.

For dinner we start with the fluke crudo and ricotta toast; the halibut for a main never disappoints. I’m not a dessert guy, but a scoop of pistachio ice cream can be an exception.

Masterpiece ~ 🍣🐠 Who else is in love with sushi?

Inlet Seafood and Salivar’s are both amazing sushi spots, but let’s just say that for this particular night we’re heading to Inlet. Start off with a Tito’s and lemonade on the deck with a great view of the sunset and watch the local commercial boats come in with your dinner while you wait for your table.

For apps, we get the tuna tartar and the sweet and sour cauliflower special (if they have it). For our main, we’re getting the spicy girl roll and one of the special rolls they have that given night.

Sending out goodbye from the true local spot at @Montauket_Hotel. 🍺🍺🍺 The vibe and the scenery makes you feel surreal but authentic. It's definitely the #Montauk charm that we adore. 👍👍👍 . . . #picoftheday #Montauket #sunset #hotspot #local #travel #weekend #SimpleLife #myinspireproject

A post shared by Andrew▪Luxury Travel Lifestyle (@myinspireproject) on Feb 20, 2017 at 5:42pm PST

I have to break your 2 bar minimum here; it’s only fair. I like Liar’s Saloon for a little hair of the dog mudslide anytime after noon, Dock for Happy Hour, Montauket for sunset, Shagwong/Gig-Shack after that to start the night, and if you’re still standing back to Liar’s for a night cap.

For more information on Whalebone’s magazine release party next week in Brooklyn, please visit the event’s website. We’ll see you there!