A Match Made in Montauk: Chef Jeremy Blutstein & East by Northeast

As we eagerly await East by Northeast’s reopening, we take a journey back into the kitchen of Montauk’s best chef. 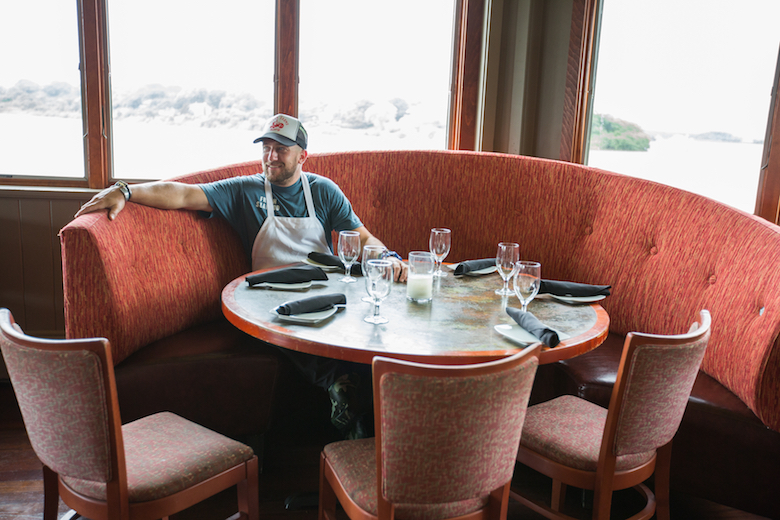 Chef Jeremy Blutstein in the dining room at East by Northeast.

As a kid in Amagansett, East by Northeast chef Jeremy Blutstein, 36, went through the ranks of summer jobs. Lifeguard at Atlantic Beach by day, busboy by night. When he wasn’t at school or working, he was hanging out at Estia’s, a Main Street cafe.

“When I have a night out, I eat at his place or another friend’s.” Friends like Jason Weiner of Almond in Bridgehampton or Joe Realmuto of Nick & Toni’s in East Hampton. 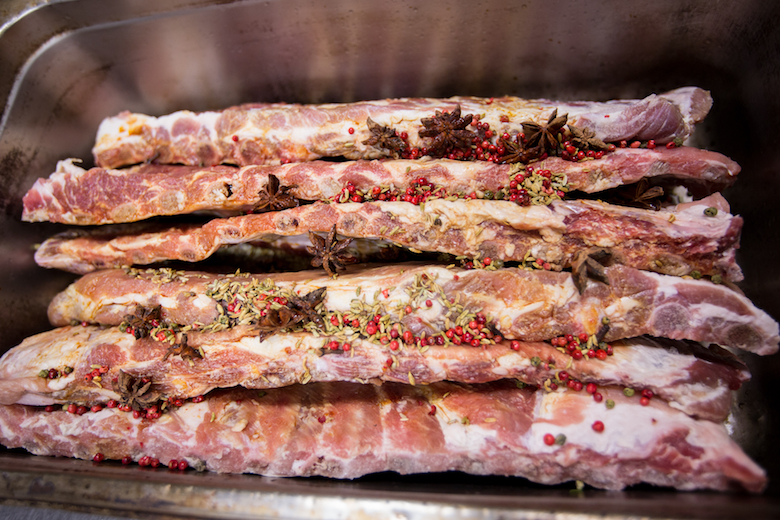 Having a night off is rare for Blutstein. In the midst of summer, non-existent. I visited him one day toward the end of summer 2016 while he was alone in the kitchen, prepping Yunnan heritage pork ribs with spring onion and Easter egg radish.

“The refrigerator went down on Saturday and the convection joined it,” he said, laughing only because he knew Labor Day was just around the corner. “Last night, my hood went down. It was 150 degrees in here. It was lovely.”

He talked as he sprinkled the ribs with master’s stock black vinegar, star anise, mustard seeds, chilis, garlic, green onion, pink and green pepper. “This is what they’re supposed to be like in a Chinese restaurant—not that red, sticky crap,” he said. 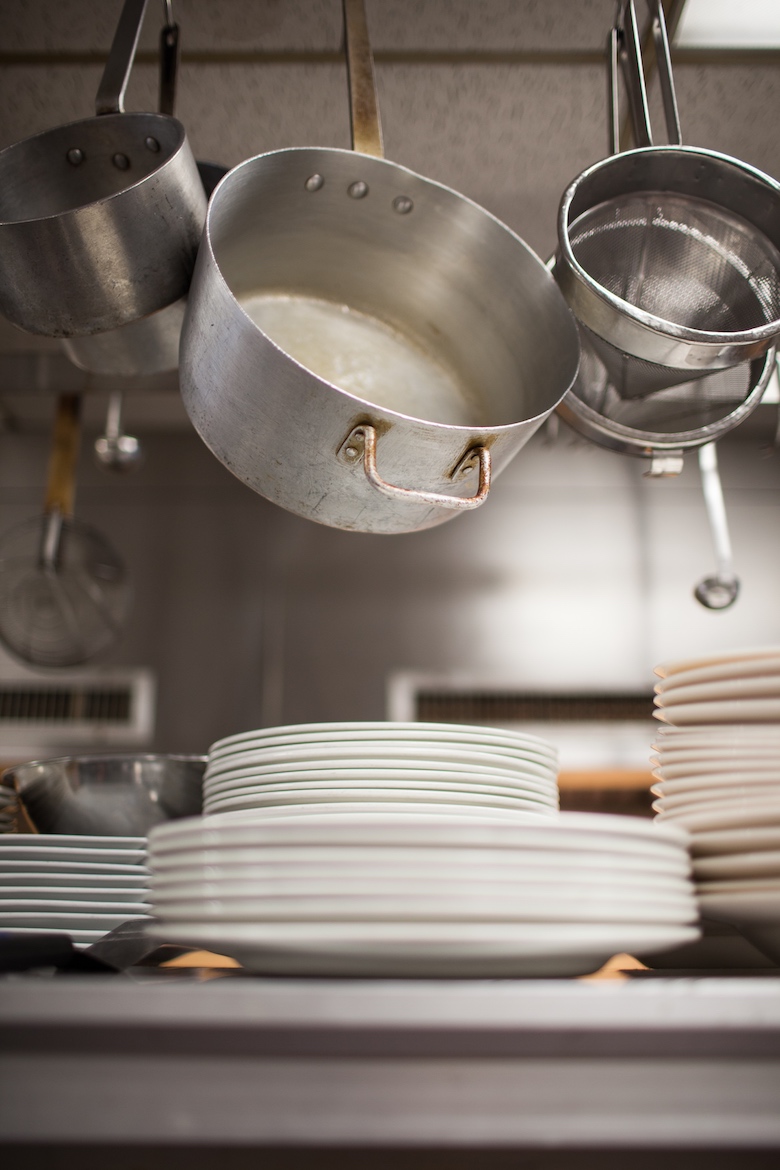 But how do you know when they’re done?

“They’re done when they’re done,” he said. “Even if the octopus is the same size. It could take 45 minutes or two hours. That’s nature. Some things just take longer.” 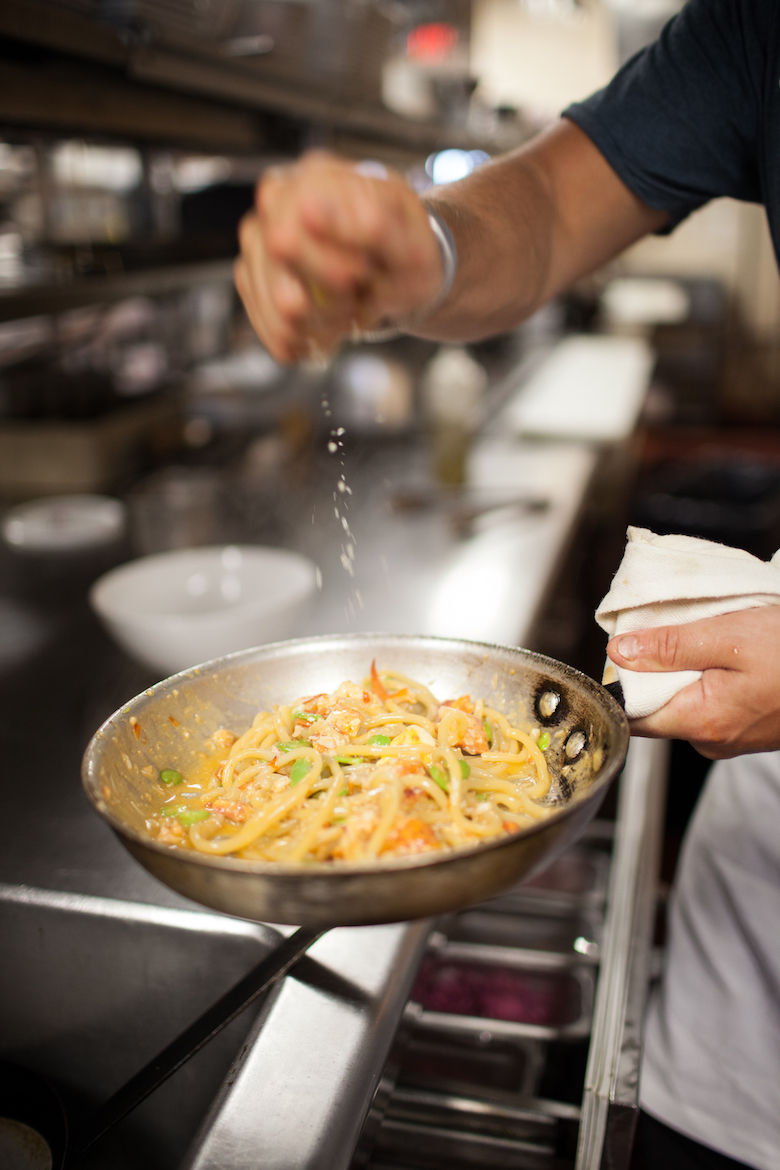 Chicken is also braised in water with apple, smoked bacon, shitake mushroom, garlic, ginger and cilantro, at 190 to 200 degrees, then cooled in the liquid. In order to get the Korean fried chicken super crispy, he dredges it in Vietnamese rice flour and cornstarch and flash fries it. “The meat falls off the bone,” he said. “Simple things.”

He attended New York Restaurant School in Manhattan—“more of a piece of paper to get my foot in the door”—and worked in various restaurants in Manhattan, usually tethered to the East End in some way or another. The Crow’s Nest first drew him back to Montauk.

Farmer and attorney Alex Balsam, of Balsam Farms, is one of his oldest friends. “We were kids eating ourselves sick on raspberries.”

They sledded on Quail Hill Farm, the oldest CSA in New York State, presided over by farmer Scott Chaskey, whom the boys called “Fuzzy,” because of his beard. Fuzzy had a big impact on those little boys, who would grow up to follow in his footsteps. 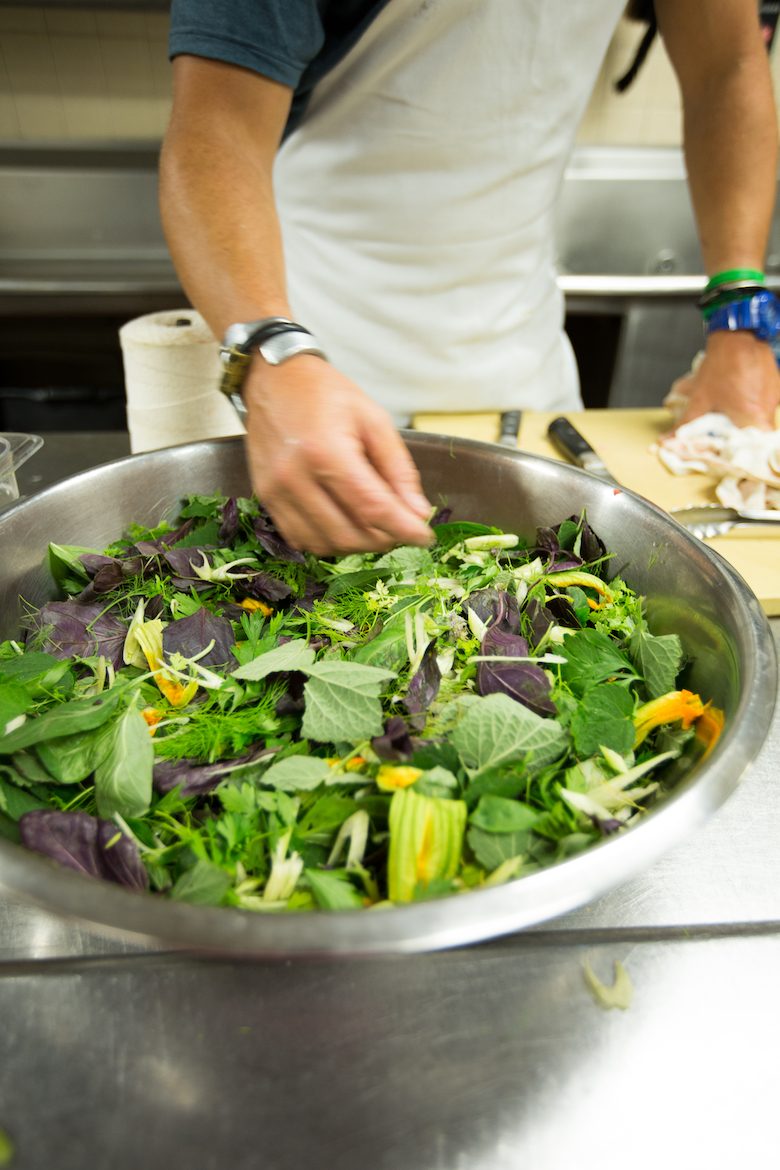 Blutstein makes it look easy. Watching him work is like watching a beautiful dance. It’s not the way he moves, it’s the way he moves his partner—the food. Quickly, simply, with utter respect.

Except for maybe the popular duck tacos. When he took over the kitchen reins two years ago, it was the one dish that was not allowed to leave the premises. 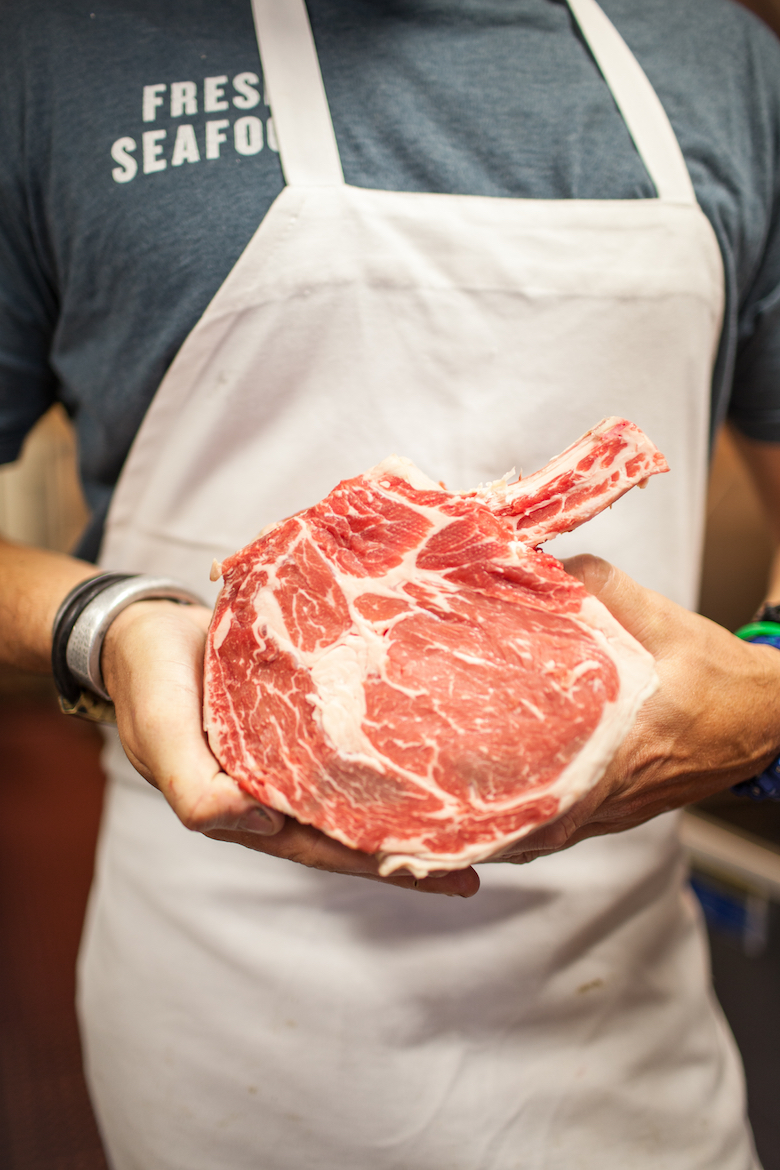 “That’s a steak,” he said. “It doesn’t get any prettier than that.”

He reaches into a refrigerator, next to the stove and pulls out a rack of Allen Brothers ribeye. “That’s a steak,” he said. “It doesn’t get any prettier than that.”

You can also tell, by the way he prepares his food, that he is a visual person. Each prepped dish, destined for Instagram stardom. Blutstein’s talents go beyond the kitchen.

His masculinity intact, he readily admits to posting spectacular sunset shots on social media. Every night.

“I can’t help it,” he said, in the 220-seat dining room, arms stretched to the panoramic view of Fort Pond Bay. “I live upstairs. I never actually leave.”

“Sixteen years ago, I came to the Family and Friends opening,” he said. “Full circle.”