In the model of the CSA delivery box, Good Water Farms is now answering the call to get microgreens, still in soil, to their consumers. 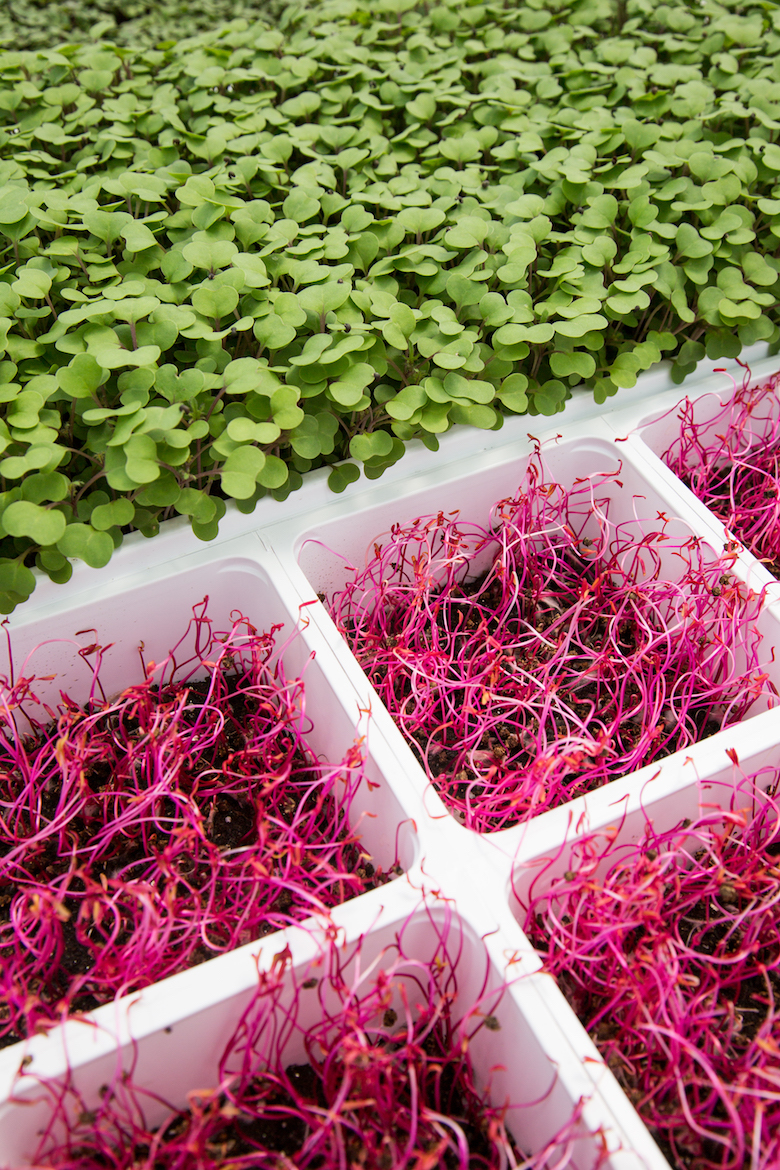 Brendan Davison has come a long way from the little greenhouse in Amagansett, where Good Water Farms got its start six years back. Their new facility in Bridgehampton is an airy, sun-drenched barn with an inviting test kitchen, spacious seed and cutting rooms and an office loft on high, overlooking the whole operation. It feels like there is limitless room to grow.

And growing is what Davison does best. Good Water Farms grows microgreens varieties from daikon radish to kale, pea tendrils to red mustard. In the model of the CSA delivery box, he is now answering the call to get these living plants, still in soil, to his consumers. With delivery starting up in Manhattan, Brooklyn and on the East End, clients can now get this freshest energy source delivered right to their homes on a weekly or bi-weekly basis.

“This was a no-brainer,” says Davison. “All my friends in the city have been asking for a drop-off, but it took time for technology to catch up with what we were doing.” 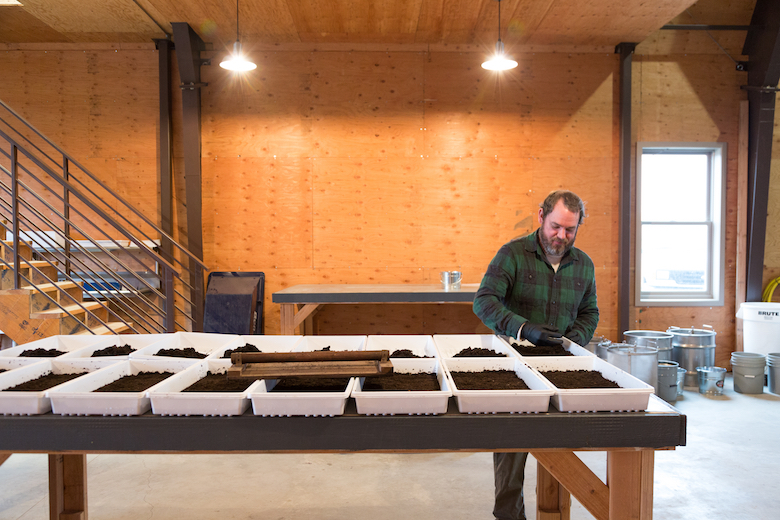 Growing is what Davison does best.

With his HACCP certification, which guarantees from a third party audit the safety and integrity of the product, Davison is primed and ready for relationships with any major retailer that would want his microgreens. In fact, he’s already been working with Whole Foods and Baldor for three years. And Good Water Farms is planning to expand to be a fully operational biodynamic and certified organic farm over the next three to five years.

This isn’t just because he likes the way he’s felt, eating microgreens every day for the past five years. In a recent analysis by Gene Lester of the Department of Agriculture, microgreens were found to have four to six times the nutrients of the mature leaves of the same plant. 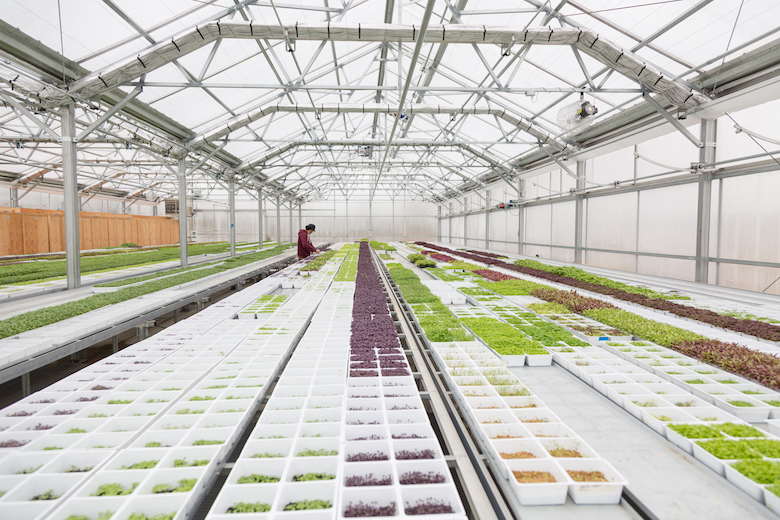 “If you eat a handful of broccoli microgreens, you’re getting all the nutrients you’d get in four to six heads of broccoli,” says Davison. “You don’t need to take vitamins. Just add microgreens into your diet.”

The benefits of microgreens are as varied as the types: Red malabar spinach packs in the vitamins A, B1, B2 and C as well as lots of minerals. Mache is supercharged with vitamins C, A, B and iron. Pea tendrils have beta-carotene, folate and fiber. Basil will satisfy the needs for omega-3 fatty acids.

“Sunflower microgreens are a nutritional powerhouse,” says Davison, noting that they are packed with vitamins A, B, complex D and E and minerals calcium, copper, iron, magnesium, potassium and phosphorous.

Because they are cut immediately before you eat them, microgreens retain the maximum nutritional benefit.

“Anything grown in California or Mexico or anywhere that has to be flown here has been losing its nutrient levels every moment since it’s been cut,” says Davison. 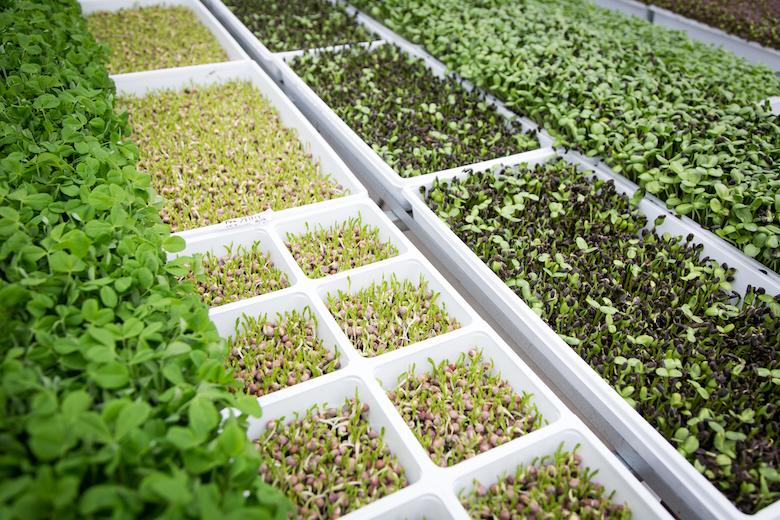 As green as it gets: Because Good Water Farms’ microgreens are cut immediately before you eat them, they retain the maximum nutritional benefit.

He believes there’s a new model of how people consume, and it revolves around accountability. People want to know where their food is coming from, who grew it and how it was grown. With microgreens, you get the story of the foundation from Davison. But once that little square garden is set up on the kitchen table, you become the farmer, and it takes about 1.5 seconds to get from the soil and into your body. He sees this translating to more and more interest in his product.

This fall, Rizzoli will publish Davison’s microgreens cookbook, which features chefs, bloggers and nutritionists. In addition to recipes and photos, there will be instructions on how to grow microgreens and notes on why they’re so beneficial.

As for the new facility, Davison sees it as an example that can be replicated elsewhere in the country. One thing that’s distinct about a farm devoted to microgreens is it can thrive anywhere, from wide open fields to city rooftops.

“I have people in Denver, Austin and L.A. that want to do Good Water Farms there,” says Davison. “Instead of shipping cross-country, why not create Good Water Farms around the country? I want to do microgreens in Detroit and South Central, to set it up so we can give single moms jobs.”

The ideas seem to sprout up from Brendan Davison’s mind as energetically as the greens from his well-tended soil.

“Everything feels like we are at the beginning,” says Davison, “and we have so much room to grow.”