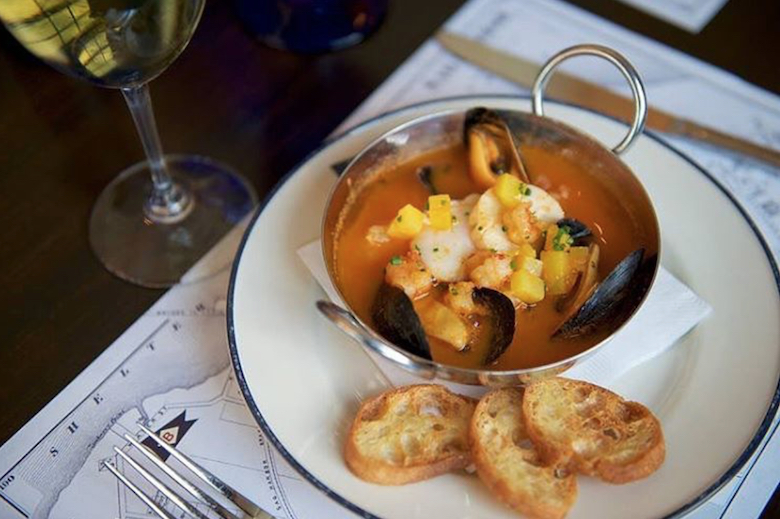 Need a staycation and some great degustation to go along with it? The newly revamped and dramatically expanded East End Restaurant Week is just the answer then.

After 15 hugely successful years of Hamptons Restaurant Week, the Long Island Restaurant and Hospitality Group (LIRGH) is kicking off spring with an early reason to dine and stay on the East End. This beloved annual promotion is back again, but this time, with more to offer than ever before—a remarkable feat for a program started just to support the South Fork during locals’ season that has since grown to encompass both tailfins of our island, as well as given rise to affiliated tri-annual events that offer options from Nassau to Montauk.

“We’ve always received a tremendous amount of support from the North Fork,” said LIRHG President Steve Haweeli. “It’s time we recognize that and show our appreciation for all restaurateurs involved.” This statement couldn’t be more strongly supported by the event’s notable name change.

Many a Long Islander is familiar with the concept by now, and even more look forward to when these three-course, $28.95 prix fixe menus crop up around the island. During this East End-specific dining extravaganza, diners can expect a minimum of three options per course, with special offerings available daily from Sunday, March 26 to Sunday, April 2. At select participating venues, the Restaurant Week menu may be offered only until 7 PM; be sure to call to confirm when making your reservation.

Along the lines of reservations, as new as the name of this promotion is a list of exclusive offers at lodging properties across Long Island’s most touristic and scenic region. Discounts of at least 10% on accommodations at participating properties make it more than tempting to extend the magic of date night into a weekend escape—and possible plans for two East End dinners?

After all, it’s going to be hard to choose from the list of nearly two dozen stellar restaurants across both Forks. To the North, the lauded husband-and-wife team at noah’s wil be doing what they do best with a yet-to-be-revealed menu that will surely feature excellent local wines—a specialty there. Or, you can opt to get “inn” on the action at the Jamesport Manor Inn, Cooperage Inn and North Fork Table & Inn.

If they haven’t already, those who followed the nearly two years of top-to-bottom renovations can have their chance to see the upgrades themselves to Baron’s Cove in Sag Harbor. Nearby Bell & Anchor and Wölffer Kitchen also count among the participants.

Further West into the island, we have Stone Creek Inn in East Quogue and La Plage Restaurant’s eclectic cuisine in Wading River on opposite Forks. At the gateway to the East End, in Riverhead, Tweeds Restaurant & Buffalo Bar and Bistro 72 provide a strong introduction into the diverse dining scene of this region.

Although still subject to change, several menu previews are already available on the event website. Options of interest already include items like almond-crusted-and-fried Brie with truffle honey as a starter and dill pollen-dusted crispy skin salmon with a citrus buerre blanc and roasted tri-colored cauliflower as an entrée choice at Jamesport Manor Inn; and everything from stuffed flounder and fresh fish to a wurst plate, duck, lamb, veal Wiener schnitzel, steak and more at Shippy’s.

As we mentioned before, it’s well worth it to sleep over and treat yourself to dinner a second night during this promotion. Options for lodging so far include the historic 434 on Main and the suites and cottages at Gansett Green Manor, both of which are located in Amagansett and made even more charming by their dog-friendly policies. The Southampton Inn—who provides Tempur-Pedic mattresses in all 90 guestrooms, perfect for post-food coma bliss—and Conde Nast Johansen’s Award-winning The Baker House 1650 in East Hampton provide other South Fork options.