Dock to Dish 2.0 will allow restaurant-goers to track fish from the dock to their dish. 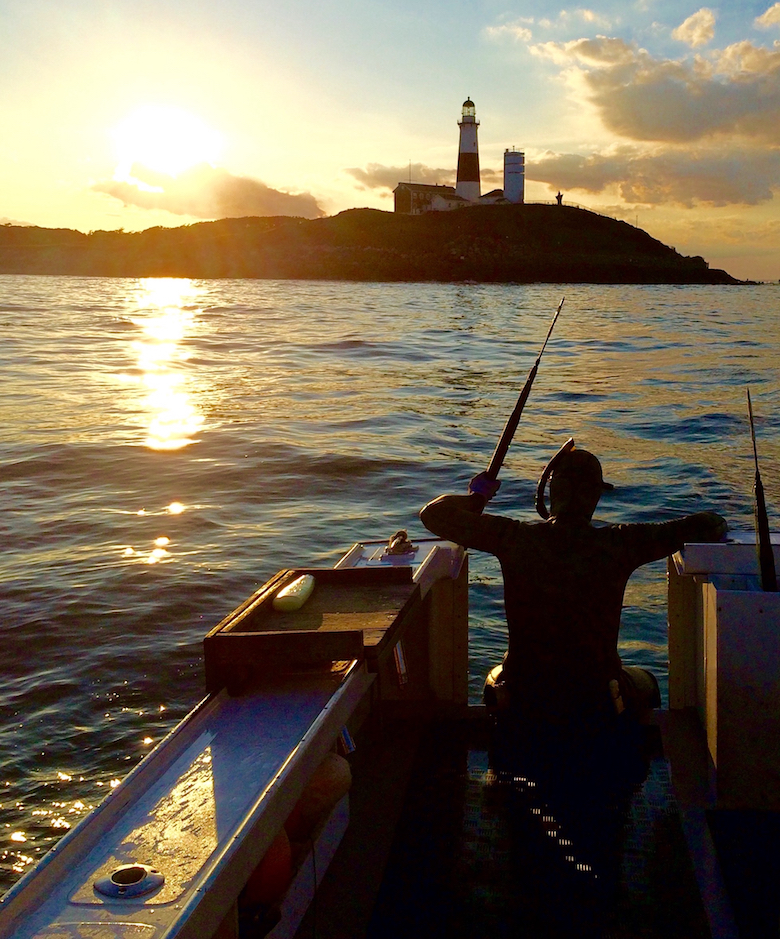 Dock to Dish programs have initiated a revival of (freedive) commercial spearfishing in Montauk.

The world is dark and full of terrors, so let’s get right to the good news: Dock to Dish is back! After a year-long hiatus in Montauk—during which they launched Central America’s first restaurant supported fishery program in Costa Rica—the boys are finally back (for now, to restaurants only), and with a boatload of great, exciting news in tow.

First up: a new addition to the family. Sustainable seafood advocate Trevor Swope, a chef from Dan Barber’s kitchen up at Blue Hill at Stone Barns, has joined the Dock to Dish team and will run the New York program this season. Again, only the restaurant supported fishery program will return; Dock to Dish no longer has the facility or the skilled labor required to conduct their community supported fishery (CSF) program on the East End. Instead, Dock to Dish encourages all former CSF members to support their local restaurant members by dining at participating favorites like Navy Beach and Nick & Toni’s. (Consider us sold.) 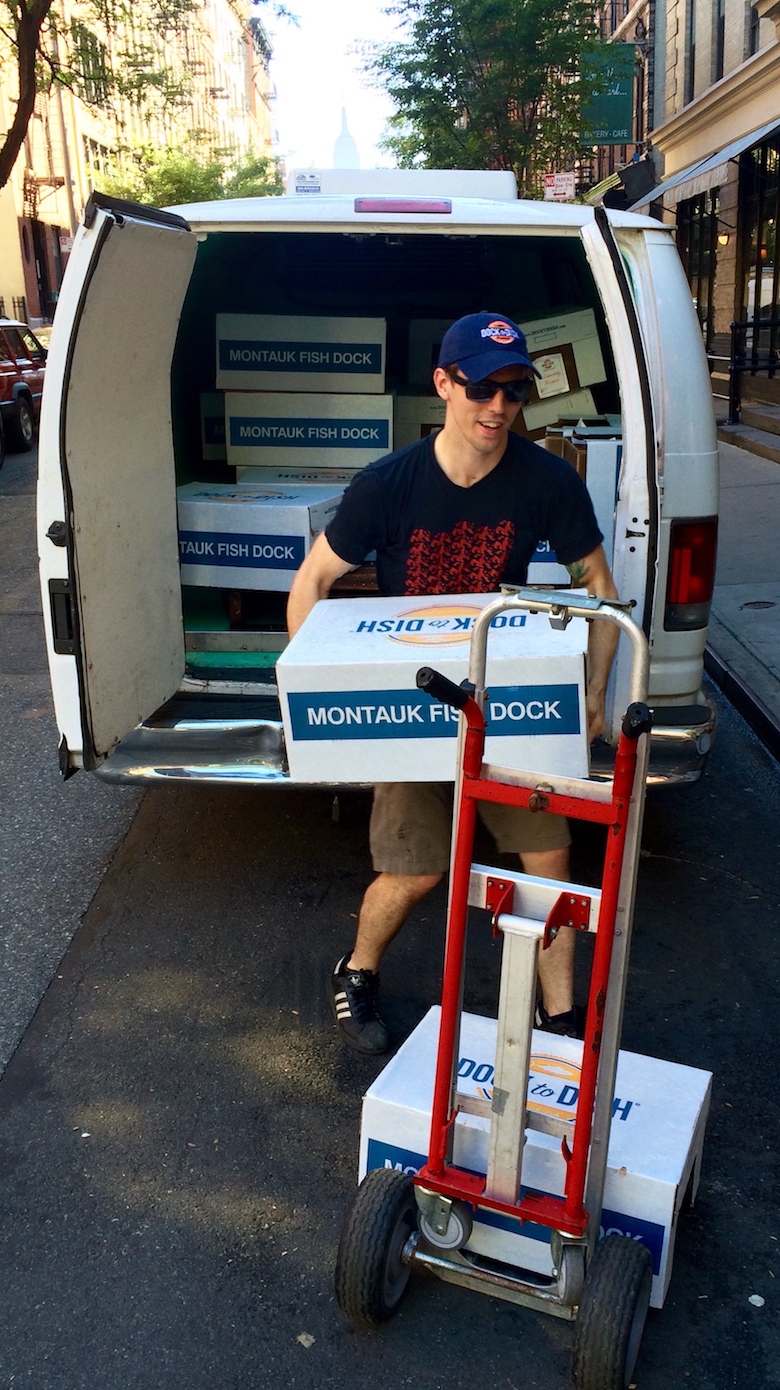 Co-founder, Trevor Swope, has taken over operations of the New York area Dock to Dish restaurant program this season.

Founded in 2012, Dock to Dish has come a long way in a short time. Founded by a group of community activists, commercial fishermen and sustainable seafood advocates in Montauk, Dock to Dish set out to fix the East End’s broken food system and has, in both big and small ways, already succeeded—while also expanding to do the same in Canada, Costa Rica, Los Angeles, Hawaii, Nova Scotia and Washington, DC.

That expansion continues now with Dock to Dish 2.0.

According to the organization’s Kickstarter campaign—which you can begin “backing” today—Dock to Dish 2.0 will make “precision traceability a reality, and catapult local seafood sourcing into the digital age.” This is an incredibly important and lofty goal in an age dominated by seafood fraud, in a country where more than 90% of the seafood consumed is imported, and less than 1% of all seafood can be accurately tracked back to a fisherman.

Dock to Dish 2.0 will change that. If they succeed in their goal of raising $75,000 to fund the project, restaurant guests will eventually be able to track fish from the dock straight to their dish. This radical traceability will be revolutionary—and no organization is better suited than Dock to Dish to lead the revolution. 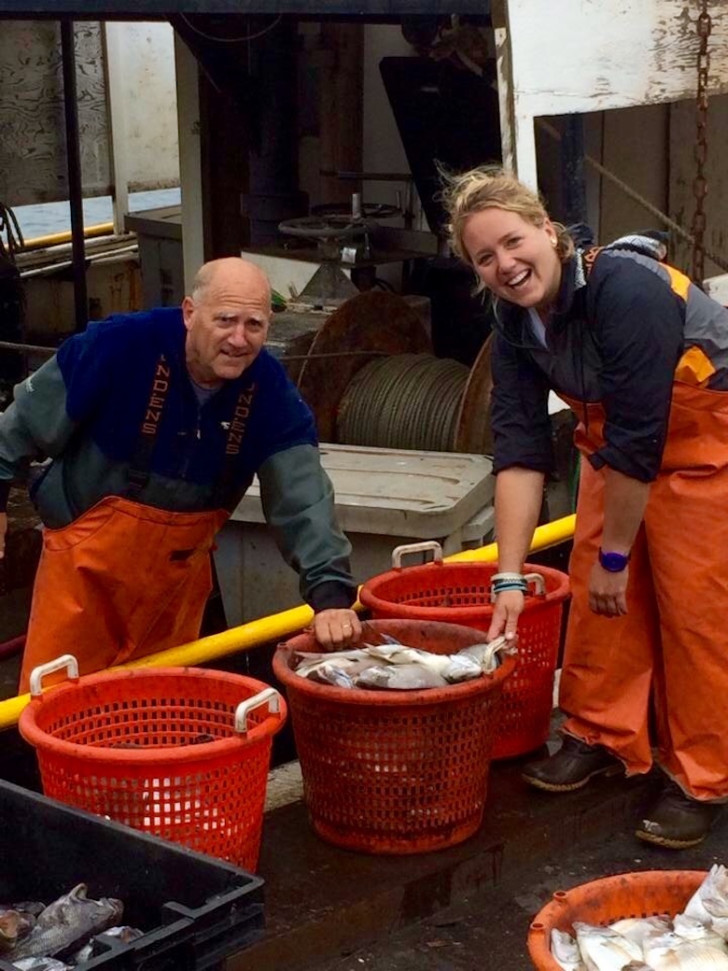 Dock to Dish fishing team of the year, Captain Donny Ball and daughter Brittney of Amagansett.

“We have had a changing of the guards going on here over the past 18 months, and have welcomed in the next generation of Dock to Dish,” says Sean Barrett, the organization’s founder. “The Kickstarter campaign is being lead by the new captain of our ship, Trevor Swope, a dedicated sustainable seafood advocate and restaurant industry veteran who is taking over the entire New York area program this season. Trevor is not only a Dock to Dish co-founder, but also the winner of the 2016 Thomas Keller Restaurant Group Scholarship for Sustainable Seafood Systems and the Role of the Restaurant; and he has previously worked for years as Chef de Partie at both Per Se and Blue Hill at Stone Barns.”

As for Dock to Dish 2.0, Barrett says the groundwork began two years ago and has, since then, been ongoing.

“All of the heavy lifting is already done as far as the intensive research, assembly of a dream team and development of the right technology needed to execute the plan,” he says. “Once we hit our funding target on Kickstarter, the final implementation phase will begin at that very same moment.”

And both our local and global food systems will be better for it.

For more information on Dock to Dish 2.0, or to contribute to their campaign, please visit their Kickstarter.