This year the swap is focusing on the community with the hope that more people become aware of the importance of biodiversity. 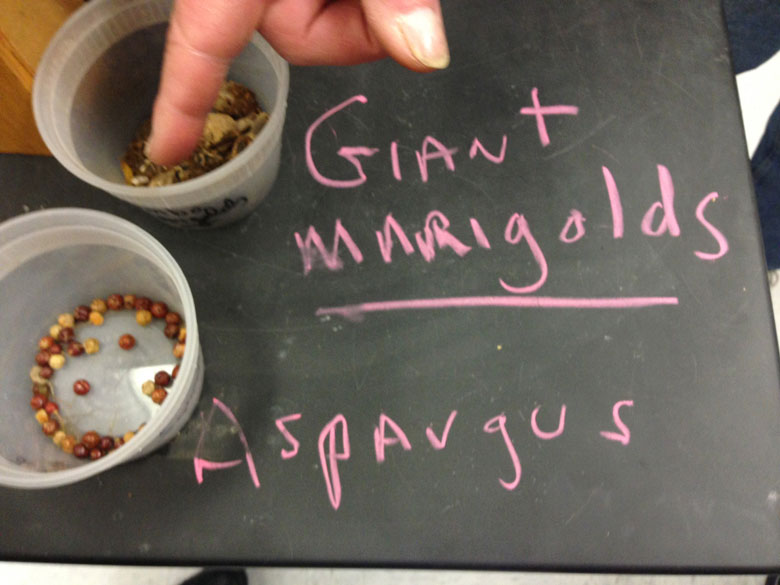 On Saturday, February 11, be sure not to miss the annual seed swap organized by the Long Island Regional Seed Consortium at Suffolk County Community College’s Riverhead campus at 121 Speonk Riverhead Road. The swap lasts from noon until 4 p.m.

This is the third time local gardeners and cultivar enthusiasts will bring seeds they saved from last fall’s harvest to swap for something different to add to their plantings. They will also have the opportunity to buy seeds from local seed companies including Salt of the Earth Seed Company, owned by partners Steph Gaylor and Cheryl Frey, who started the swap.

“This year we have even more diverse speakers and organizations, everyone from small local seed companies to radio stations,” says Gaylor. “I’m really excited  because seeds are meant to be shared and more sharing means more community.”

Speakers include beekeeper and Edible columnist, Laura Klahre, whose talk about how native pollinators can increase one’s harvest, is titled And the Wild Bee Exclaimed, “We are the superheroes.” Attendees can also watch an intro to seed saving by Frey that will go over simple ways to harvest and clean common garden vegetable seeds.

In its first year, the swap attracted nearly 200 attendees in the middle of a snow storm. (Edible was there.) Last year, the swap took over twice as much space and included a marketplace, talks and and waaay more seeds.

This year, says Gaylor, the swap is focusing on the community with the hope that more people become aware of the importance of biodiversity and maybe stay away from buying plants at box stores.  “Even if you do,” adds Gaylor, “it’s just enough that people come to the swap and start conversations with other people who like plants. It’s a good break from the winter, and who knows who you’ll meet that’ll inspire you to save seeds.”

“LIRSC was honored to be there and to share a table with Ken Greene of the Hudson Valley Seed Library,” says Gaylor, “and to let people know what’s going on in the Long Island seed community.”

The Long Island Regional Seed Consortium is a nonprofit “dedicated to education, advocacy and research to foster and nurture local seed systems.” It is also the originator of the Long Island Cheese Pumpkin Project.