8 Things to Know in Food This Week

Struggling with that resolution to reduce food waste? One of these stories has got your back. 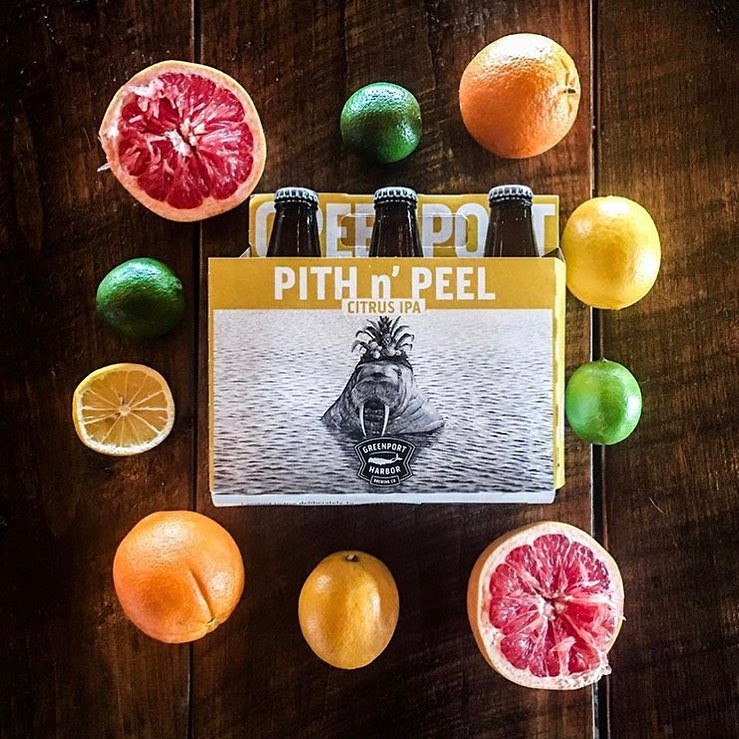 From a celebrity chef’s mic drop to new animal welfare labels on meat and eggs, here’s what Edible editors are reading this week.

Quartz has the details on celebrity chef Jose Andrés’s mic drop:
“This may not be the way to settle a lawsuit with the new US president.

José Andrés, the celebrity chef sued by US president Donald Trump after refusing to open a restaurant in his new Washington DC hotel, today called for people—foodies, in particular—to stand up against some of the changes he expects to hit food and immigration policy under the new administration.”

Civil Eats created a pesticide cheat sheet for changing EPA regulations:
“While scores of different pesticides—herbicides, insecticides, and fungicides—are used on U.S. food crops, the five the EPA is now reviewing are the ones to watch: atrazine, chlorpyrifos, glyphosate, malathion, and the insecticides known as neonicotinoids.

Between them, these pesticides are used throughout the United States. All but malathion and two of the five neonicotinoids now under review are used in every one of the lower 48 states. All have environmental and health effects that raise serious concerns—enough so that some are banned or severely restricted in the European Union.”

Modern Farmer weighs in on the USDA’s attempt to save Oregon’s grasslands:
“The prairie consists of about 330,000 acres of native grassland that once covered 10 million acres stretching across the Pacific Northwest. Today, the prairie is mostly owned by area ranchers and farmers, along with The Nature Conservancy, which owns about 40,000 acres in Wallowa County.

The goal of the project is to create opportunities for private landowners to apply integrated crop and livestock production systems to improve soil health while reducing the use of chemical inputs, increase water efficiency, and prevent the further fragmenting of the native grasslands.”

The Times tells us what to make of animal welfare labels on meat and eggs:
“As the number of consumers concerned about animal welfare grows, such labels, or seals, as they are known in the business, are spreading like kudzu on packages of meat and eggs in the refrigerated cases of grocery stores, to assure shoppers that the cattle, pigs or chickens were treated well.

But the labels may just as easily sow confusion or even mislead shoppers, who probably know little or nothing about the small number of organizations that create most of them and police the food producers that use them.”

Meanwhile Page Six asks if a certain former New Yorker new calling Washington, D.C., home is missing NYC grub so much he’s having his son ship it:
“So that’s what President Donald Trump has been eating in the White House!

Struggling with that resolution to reduce food waste The Guardian has you covered with a few of their apps:
“Around the world, dozens of apps are diverting perfectly good food away from bins and into rumbling stomachs.

From redistributing leftovers to the poor in India to luring Dutch shoppers into supermarkets to buy lingering produce, app designers are finding ways to stem the flow of food to landfill. Here are 10 of our favourites.”

For those counting down to September 7, 2017 (stop Googling, that’s when the 2017 NFL season kicks off) you can at least eat like your favorite NFL player in the meantime:
“The women who raised some of the NFL’s toughest playerfed their sons’ gridiron dreams not just with love, but big helpings of grub.

‘My official title is ‘Refrigerator Content Manager,’” says Annie Apple, mother of Giants cornerback Eli Apple. “If you have athletes in the house, you have to have good food and lots of it — especially on Super Bowl Sunday. That’s what we do … It’s all about football, family and food.’”

Paste features an essay on feeding protesters:
“Do-gooders weren’t just delivering pizzas in New York; they were also sending pies to Dulles in D.C., where the pizza boxes were turned into protest signs once the slices had been eaten. By Sunday, as rallies and marches continued at airports around the country, they were expanding their repertoire. ‘We pull[ed] into the arrivals level of SFO’s international terminal around 1:15 PM,’ wrote protester Christine Wei on Facebook. ‘A spread of water, coffee, sandwiches, and fruit [was] set up curbside right outside an entrance.’ Later in the day, she said, she even saw vegan wraps. The food, which was free, didn’t seem to be supplied by just one group or individual. To Wei, the effort spoke ‘to a spirit of generosity and welcoming. It creates the type of community that protesters are fighting for – one in which everyone sees each other and leans on each other.’”