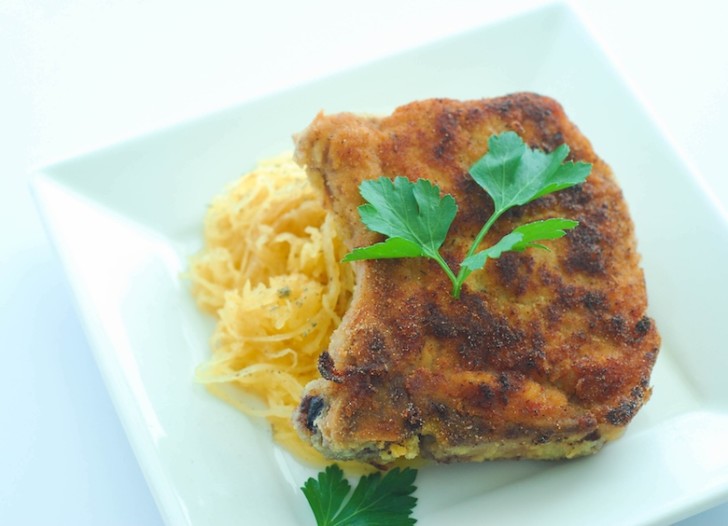 There’s something about cold weather and big bowls of pasta that go hand in hand. While eating that big bowl of pasta is so satisfying, I struggle with a serious food coma afterward. I love using spaghetti squash as a substitute for pasta because of this — it’s an easy way to get in your vegetables, a blank canvas for all types of flavors, and with only 31 calories and 7 grams of carbohydrates in a cup, you can afford to eat a few additional servings.

I love to make pasta or spaghetti squash in a browned butter sage sauce. My parents grow huge sage plants every year, which continue to grow long after the weather grows cold. When there’s just too much sage to eat or the season is ending, I either shallow fry the leaves and eat them like potato chips (see instructions below), or I dry the leaves in a dehydrator and have sage all year long. If you can’t find fresh sage for this dish, use 1/3 of the amount of chopped dried sage. I’ve paired the spaghetti with crispy pork chops. The almond and rice flour mixture yields a super crispy crust that holds up to sauces and other ingredients. If you’re not into pork, this recipe will also work well with boneless chicken breast. 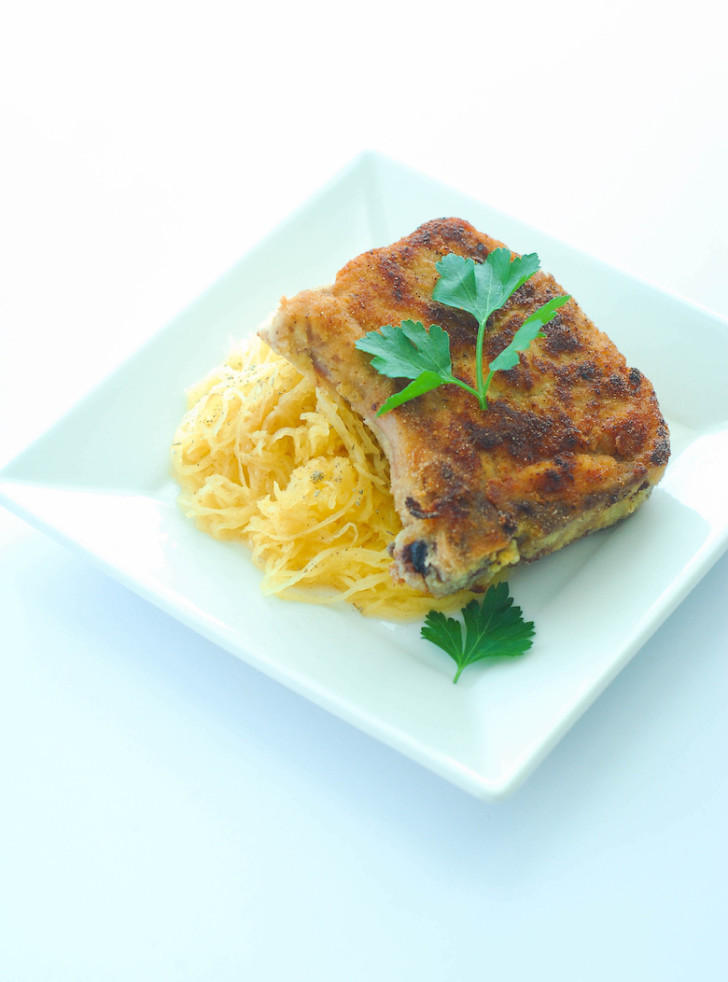 For the Pork Chops: