7 Things You Need to Know in Food This Week

Start the new year informed about all things food. 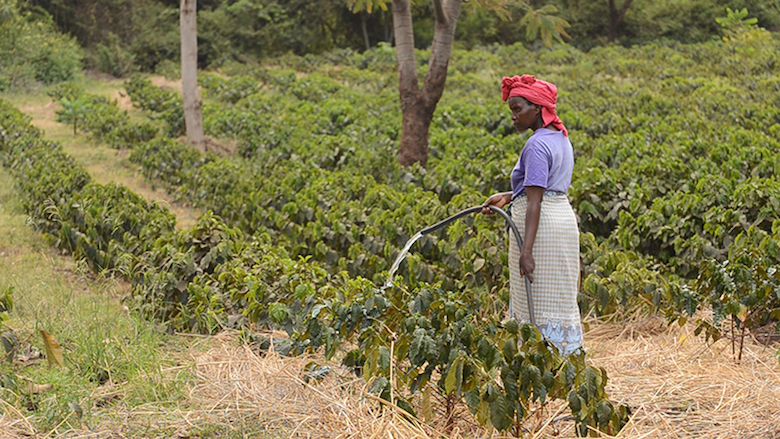 A farmer waters coffee saplings on the slopes of Mount Kilimanjaro. • Photo courtesy of Yale

From food policy fights to  new coffee breeds here’s what the Edible editors are reading this week.

Fish are moving north, the New York Times reports:
“Studies have found that two-thirds of marine species in the Northeast United States have shifted or extended their range as a result of ocean warming, migrating northward or outward into deeper and cooler water.”

Could software rather than lab-grown meat be the true tech-based hunger solution? ComputerWorld explores:
“The newest Silicon Valley food revolution isn’t about bio-engineering strange new food replacements, but using algorithms and artificial intelligence (A.I.) to transform how real food is marketed and distributed. That’s right: Software is delivering fresh, natural and high-quality food in situations where only junk food was available.”

Yale Environment 360 features a look at the need for climate-change-resistant coffee crops:
“Mushi’s plight is an increasingly common one in the world’s coffee-growing regions, which are largely centered in the foothills of mountain ranges in the tropics, such as the Andes. The highlands of Tanzania, Kenya, and Ethiopia also have been blessed with the perfect climate to produce large amounts of coffee. But a rapidly changing climate is threatening these coffee-producing areas in scores of countries, where millions of people rely on coffee as a major source of income.”


The Union of Concerned Scientists reminds us that food policy is health policy:
“But the day-to-day ‘what to eat’ decisions of individual Americans are fickle and heavily shaped by the food environment around us. Which is why, as the incoming president and Congress set out their policy priorities—including a long-planned repeal of Obamacare—it’s worth looking at potential policy changes that could make it harder for Americans to keep their resolutions in 2017 and beyond.”

Farm and food policy is becoming contentious as the Trump era looms, according to NPR:
“Parke Wilde, an expert on food policy at Tufts University, told us in an email that shortly after the election, he had predicted that food policies would escape radical changes simply because they enjoyed a lower profile. He has changed his mind since, because “‘every news report seems to show that the incoming administration plans to pursue 100 fights simultaneously. I have never seen that approach work in American politics previously. But, in these wild times, who knows?'”


Mother Jones also looks at what food policy issues to pay attention to under the new administration:
“For the first time since George W. Bush exited the White House in 2009, the Republican Party owns the presidency as well as solid majorities in the US House and Senate. That gives them vast potential to overhaul food policy with little threat of gridlock. But since the president-elect himself is a walking chaos machine who has expressed few coherent opinions about food policy and has clashed often with party elites, uncertainty cloaks the food policy space like gravy on a chicken-fried steak.”

Last week Anthony Bourdain gave a wide-ranging interview on travel and politics but this week in a new interview he’s blasting ‘privileged Eastern liberals’ for making Trump’s presidency possible: “The utter contempt with which privileged Eastern liberals such as myself discuss red-state, gun-country, working-class America as ridiculous and morons and rubes is largely responsible for the upswell of rage and contempt and desire to pull down the temple that we’re seeing now.”