Coquito: The Drink That Puts the Feliz in the Puerto Rican Navidad 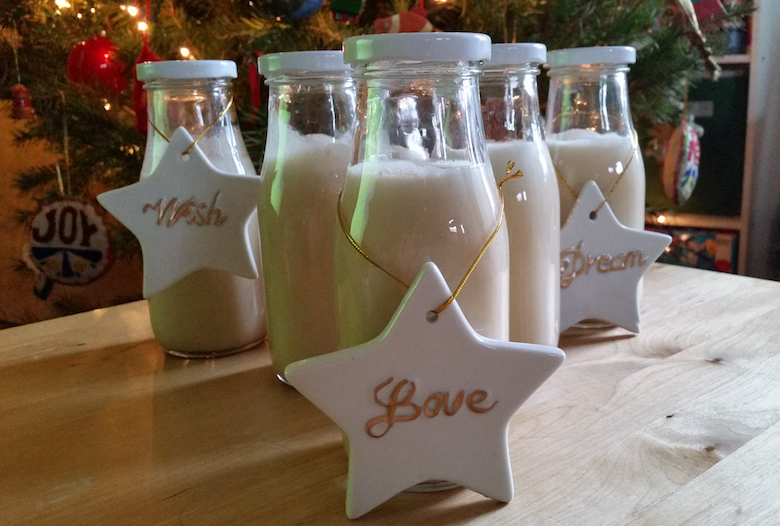 When it comes to holidays, we Puerto Ricans just can’t get enough.

Not unlike the mainland United States, Christmas in Puerto Rico starts at Thanksgiving (although arguably some of the festivities begin just after Halloween). But while so many up north start packing up their trees right after December 25th and certainly by January 2nd, we like to stretch out the holiday as much as we can. Some say we have the longest Christmas in the world.

Las Navidades (we even pluralize our Christmases) on the island keeps rocking well into January, with the Feast of the Epiphany or Three Kings Day on January 6th, followed by octavas (the eight days after Three Kings Day, ending January 14th) which are then followed by octavitas, which last for another eight days. And since we’re practically into February by then, you might as well keep celebrating until Valentine’s Day on the 14th….or the eve of Ash Wednesday, just before everything gets serious for the 40 days of Lent. We have to do it this way. Twelve days of Christmas just aren’t enough to give everyone a turn at hosting a party or to satiate our desire to get dressed up and have fun.

And when the Christmas season starts, the coquito comes out.

Coquito is the Puerto Rican equivalent of eggnog (although many versions, including the one below, do not contain eggs). In its most basic form it is a rich concoction of cream of coconut, sweetened milks and spices like cinnamon and nutmeg, spiked with a healthy portion of the main distilled potion of the Caribbean: rum.

How it started is not clear. Many folks say it is an adaptation of eggnog brought to Puerto Rico by Americans after the U.S. took the island over from Spain in 1898. I think this is a likely story; there is no mention of coquito in the first – and fairly exhaustive – published cookbook of Puerto Rican cuisine El Cocinero Puerto-Riqueño ó Formulario, printed 1859, although there is a ponche de leche or milk punch that includes eggs and milk and ponche de huevos, an egg punch that includes rum.

My late great-aunt Amida Rivera de Martínez was a renowned pastry and cake maker who had an arsenal of coquito recipes which she kindly copied out for my mom, who still has them. Most include fresh eggs – back in the day fresh eggs were only as far away as the backyard — but they vary widely as to flavors and even liquors: Licor 43 is a popular one.

So while this recipe is very basic, you shouldn’t be afraid to branch out, because it is very adaptable. Just make sure to keep it refrigerated (eggs or not) and shake well before serving. We traditionally serve it as an aperitif or with dessert in small glasses of an ounce or two, as calorically and alcoholically, a little coquito goes a long way. Put it in small bottles for hostess gifts all season long. It is always welcome! 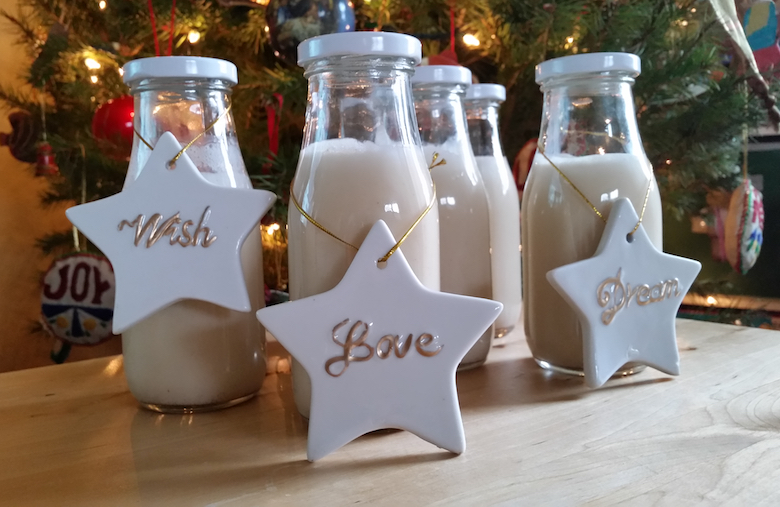 Natalia de Cuba Romero and her family will be having a traditional Puerto Rican Christmas Day dinner this year, including perníl, arroz con gandules, guineitos en ajíli-mojili and of course, coquito.