What’s to thank for the increase in Long Island’s wine quality? Bird netting, for starters. 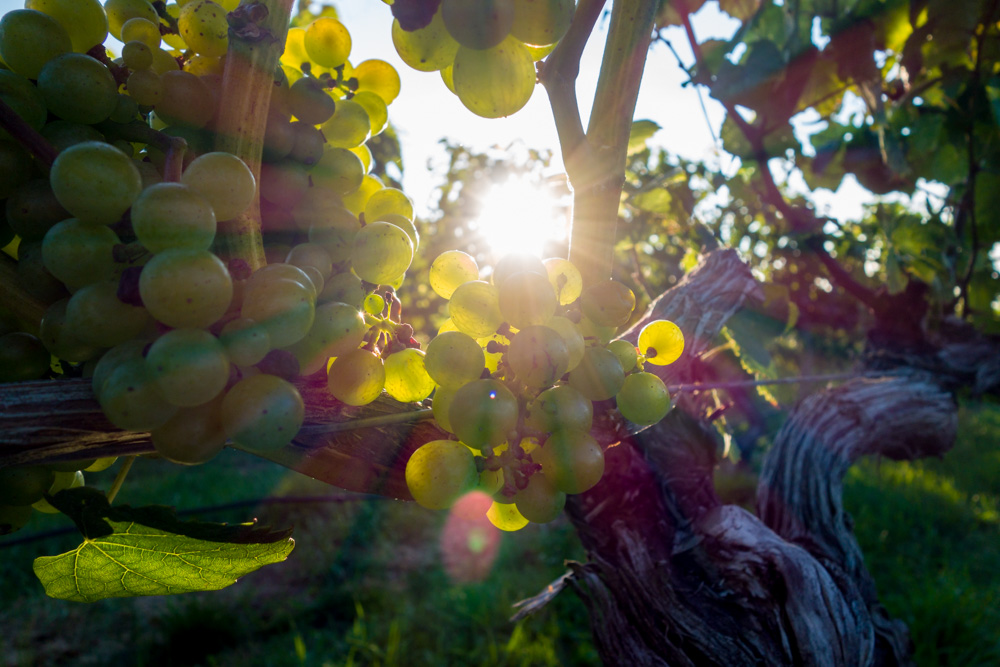 “In all things of nature there is something of the marvelous.” — Aristotle

The region of Long Island has long been an area rich in natural beauty and resources. Before the colonial era, native peoples were hunter-gatherers, feeding off the land that provided an almost unlimited bounty of fish, game and shellfish. It was only after contact with early colonists that they too developed their own form of local agriculture.

Both native people and colonists supplemented a large part of their diet through hunting and fishing. This natural dynamic continued until the early 1800s when agriculture became the dominant trade in the region and continued to be for the next 150 years. After WW2, the demand for more housing and industry began to move from west to east. For a while, it seemed as if Long Island was on the road to complete development as vast tracts of land were eaten up by houses, shopping centers and blacktop.

But agriculture on the East End survived. Today, while eastern Long Island is home to over two thousand acres of wine grapes, it remains the home of many different species of wild fauna.

Growing grapes is not an easy task. Being in the northeast, it takes a whole different set of skills than our colleagues out west. We deal with rain, snow, drought, high humidity, cold winters and in some years, hurricanes. All these factors can stress vines, create intense disease pressure and cause winter injury. Even if you’ve done your job well and have a beautiful crop of fruit ripening on the vine, there’s always one last obstacle to overcome: wildlife.

Wildlife biologists tell us there are now more Whitetail Deer on Eastern Long Island than during the colonial era. The lack of predators has allowed the population to swell; estimates on the North Fork (from Riverhead to Orient Point) range in number between 2000-5000 animals – and they all need something to eat.

Deer not only like grapes, they’ll eat almost every part of the vine from leaves to shoots. They are the most indiscriminant feeders in our vineyards and growers have to work hard to discourage them. Deer are basically like an unruly crowd at an all-you-can-eat buffet. They will rip through nets to eat fruit and hurdle through vine rows when chased. Young vines are especially delicious to deer as are the new, tender shoots that first start growing in the spring. Fences are really the only way to discourage them.

Rabbits and groundhogs are also fond of tasty young vines but luckily they aren’t that tall and stay mainly close to the ground. Those blue and tan colored tubes one sees in new vineyards are there to help protect the young vines from being completely devoured by these ground feeders.

2016s all snug in their beds for a long winters nap

Birds are the biggest late season threat. The East End is a migratory pathway and birds use the vineyards as a rest and feeding stop on their way to southern destinations. Unlike deer, they only eat fruit. Robins and starlings are the main nuisance, but other birds such as wild turkeys also target grapes. Starlings and grackles can form massive flocks and are among the most aggressive eaters, often removing the entire berry. Robins and finches tend to peck at berries, releasing juice and creating opportunities for disease and insects to move in. Left to their own devices, birds will completely destroy a crop of wine grapes.

Years ago, growers tried lots of different methods to discourage birds such as propane cannons and noise machines, leaving growers with many angry neighbors to go with an ineffective means of control. In the early 80s, I retrofitted an old VW beetle with a propane cannon on the roof and drove through vine rows to scare off flocks of birds. This worked – until I stopped driving around and the birds moved right back in. After all these (and many other) options failed, the use of bird netting became the only reliable solution.

Prior to the widespread use of bird netting, growers had to harvest their fruit based on how much damage they were willing to tolerate, often harvesting fruit before full maturity. With the advent of bird netting, winemakers have the luxury to wait until fruit is absolutely ripe – creating a quieter community in the process. The use of bird netting is one the main reasons for the increase in wine quality from Long Island’s early days.

Raccoons and opossums present a whole different problem. These guys are Cirque du Soleil performers of the vineyard and even seem to have a varietal preference. Highly adaptable, with no natural predators, raccoons can maneuver under netting and even use it as a hammock, lying on their backs while they pick apart grapes clusters. They prefer Cabernet Franc and tend not to like the grape skins so the will pop a berry into their mouths leaving the skins behind in a pile under the trellis. Possums are even more nimble, walking along the bottom wire and on the drip-irrigation tubing to travel up and down the row, feasting while they balance. What’s left in the morning are perfectly netted vines -without any fruit. Their main choice of dining pleasure seems to be Viognier.

Luckily not every single animal in our area has a taste for grapes. Foxes are carnivores and would prefer to eat grape-fed rabbits over clusters of merlot. Many birds of prey could also care less about fruit. Owls, Hawks and Osprey are predatory and will actually feed on rodents, fish and small mammals. The circle of life is on full display in our vineyards.

If you’re like me you love seeing local wildlife around the East End. Thoreau once said that “all good things are wild and free.” Having a robust population of wildlife leads to lots of issues around agriculture, but it’s all part of farming holistically and is a sign of a healthy environment. It could be worse, we could be in Tuscany. Along with all the other issues mentioned above, they have to worry about wild boar.