In a Month Full of Holidays, Celebrate Another Close to Your Oyster-Loving Heart: Bivalvus Day

On December 9, join the Peconic Land Trust, Cornell Cooperative Extension, and Noank Aquaculture Cooperative to learn about a nitrogen sampling study to keep the Peconic clean and oyster-friendly. 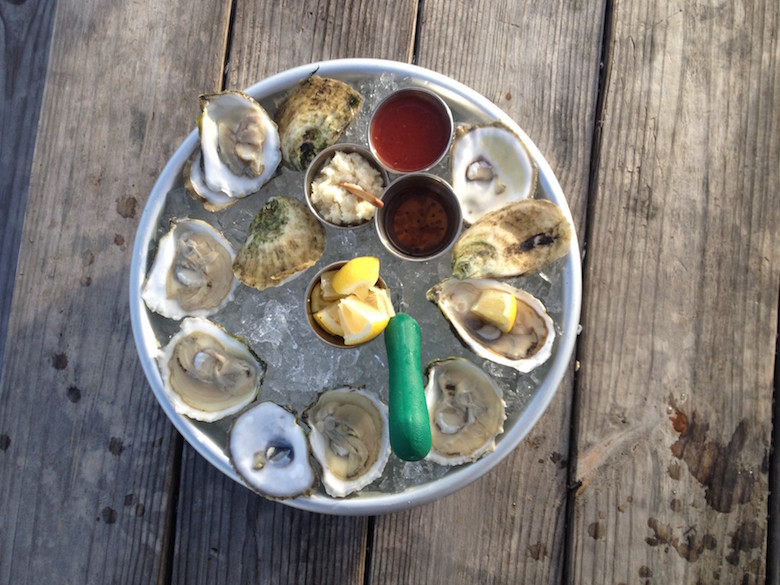 The world is your oyster— as long as it isn’t contaminated by nitrogen. The bays of the East End have long been affected by high amounts of nitrogen, resulting in perishing marine life. Luckily, restoration efforts made by Cornell Cooperative Extension (CCE) and Noank Aquaculture Cooperative have helped revive the deteriorating ecosystem of the Peconic Estuary.

On Friday, December 9, at Long Island Spirits in Baiting Hollow, a presentation will be held by CCE and Noank to present results of the Peconic Pearls Environmental Nitrogen Sampling Project. Attendees will learn about a nitrogen sampling study CCE and Noank conducted by employing state-of-the-art technology to discover and decrease the amount of excess nitrogen entering our bays. Karen Rivara, founder of the Noank Aquaculture Cooperative, explains, “The project was designed to prove that the Trident and Ultraseep technology would be suitable for sampling for nitrogen entering the estuary through groundwater seepage. The technology can actually find where the groundwater is seeping into the bay through the bay bottom sediments. It can then sample nitrogen as it enters the bay through the sediments with a funnel-like device that takes up the water to be sampled.”

Since the mid-1980s, brown tide polluted the estuary, causing a drop in shellfish populations. The microalgae turned the waters brown and clouded its transparency. The growth of algae, spurred on by fertilizers, sewage overflows, and contaminated storm runoff, triggered excess nitrogen. Bay-dwelling creatures need oxygen to live, but as algae bloom densities rise, sunlight barely penetrates the bay bottom.

As Rivara states, “Excess nitrogen can cause algae blooms that are harmful to marine life like shellfish. When the algae bloom crashes, decaying cells can strip oxygen out of the water. Some types of blooms, like the ‘brown tide’ and ‘rust tide’ are large blooms of a single type of algae that shellfish cannot graze down. These algae blooms can kill shellfish by starving them as they try to filter food that they cannot digest.”

Noank was founded in 2000 by oyster farmers in Town of Groton, Connecticut and added members from Long Island in 2003. The NY branch operates out of the Peconic Land Trust’s Shellfish Preserve in Southold and farms shellfish in the Peconic Estuary. They have collected proceeds from the sale of their premium Peconic Pearls oysters to fund the Peconic Pearls Environmental Program.

There will be a free lecture and demonstration followed by a networking-friendly reception, which includes a special combination: an LiV cocktail and 4-oyster sampler for purchase of $15. Oysters will be provided by Little Creek Oyster Company of Greenport and additional light refreshments will be available. A portion of the proceeds will go to Peconic Pearls Environmental Program, devoted to protecting the Peconic Estuary through research, preservation projects and research.

Bivalvus Day comes to Long Island Spirits on Friday, December 9. The schedule will run as follows: