At PAWPAW in Greenport, Taylor and Katelyn Knapp are popping up to transform the North Fork’s culinary landscape. 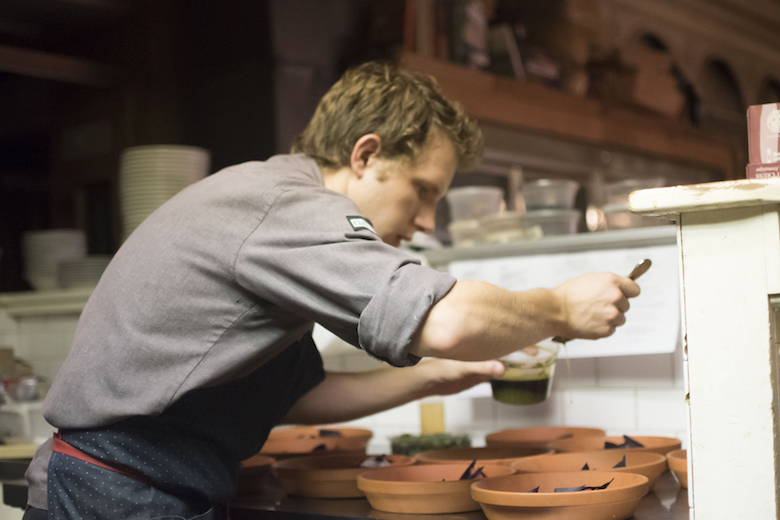 Local chef Taylor Knapp, born in Indiana, worked for two years at Noma under René Redzepi’s tutelage. Redzepi is the Jesus Christ of modern culinary culture who sends his disciples out all over the world to spread his foraging word.

We are lucky to have Knapp, one of his acolytes, working on the East End currently at PAWPAW, a pop-up restaurant and gathering place in Greenport.

Supper is a set price: $55. It changes weekly. The menu is dictated by the seasons and dedicated to the food farmed, fished, and foraged on Long Island. We had seven small dishes that included local scallops, monkfish and a blushing delicious piece of lamb loin.

Two desserts included a goat milk curd that was delicious and a honey-nasturtium pie that was gone in two bites.

“All of our inspirations are formed from the surrounding landscape and available produce,” says Knapp. “We build our menu based on what’s available at that moment, not the other way around.”

Knapp just got married in September to Katelyn, his life and business partner. 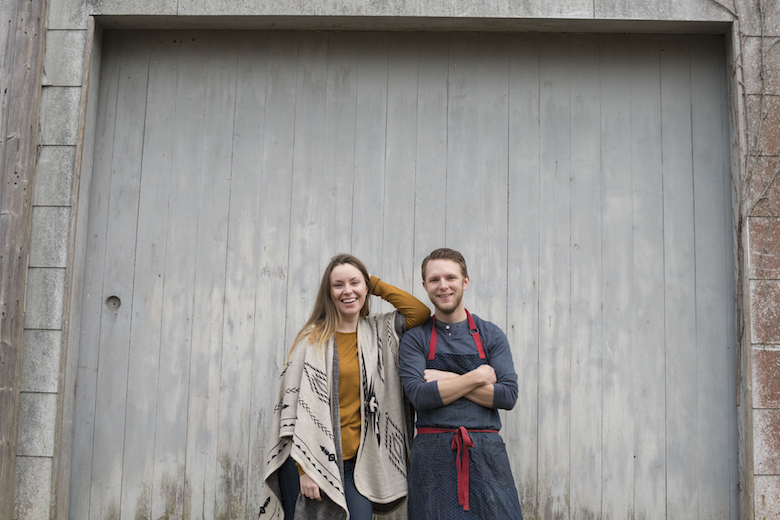 “Kate and I met in the kitchens at Jedediah Hawkins,” says Knapp. “She was heading up the pastry crew and I was the sous-chef. She’s since moved on from pastry to a successful photography career — including all of our pictures for PAWPAW.”

Knapp is doing two more dinners in December, the 3rd and the 10th and will start up again in January 2017. For more information and to make reservations, email the restaurant directly at pawpawpopup@gmail.com.

And stay tuned for Taylor Knapp’s next great adventure, Peconic Escargots, organic snails and snail caviar. He plans to sell them to four-star restaurants on the East Coast and will eventually ship them all over the country.