Want to Take Thanksgiving Dinner to the Next Level? Visit a Lumber Yard

A cooking method with over a century of history comes home to Long Island. 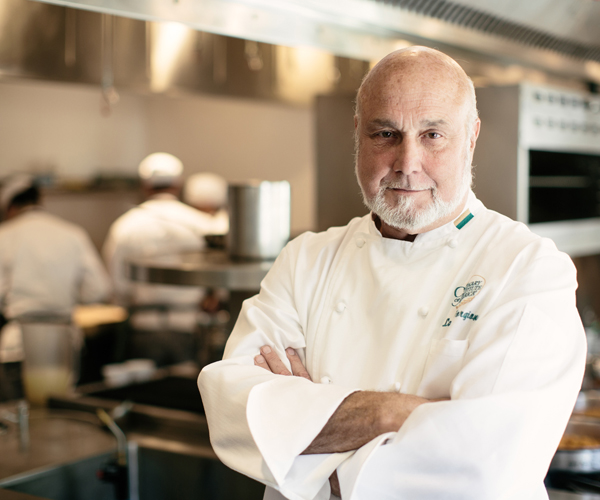 I’ve already picked up my fresh turkey at Miloski’s. I bought rutabagas (which my family always ate mashed at Thanksgiving, but we called them turnips) and potatoes at the farmers market and already peeled, cubed and froze them. I have a bag of localish cranberries in the freezer and a can of whole berry Ocean Spray on the counter. (I think the frozen berries will end up staying put. Come at me.) Brussels sprouts are in season, but I’m sick of making them for a crowd. No matter how hard I try, they’re just mushy. Broccoli’s still around, so I’m going to do that somehow. My pie will be made with Long Island cheese pumpkin. Everyone one else will bring whatever they want.

But a sample I got in the mail a few months back got me thinking: cedar planks for cooking. Back in the dark ages when I was still in graduate school, I worked as a waitress at An American Place, Larry Forgione’s restaurant, which was the first to use only American ingredients—it’s the first place I had Long Island wine—and methods for its menu. Larry was famous for, among other things, cooking salmon on cedar planks.

“It was on my original thanksgiving menu at the River Café in 1979,” says Forgione, who now lives in Napa Valley. “I learned about it through all the research you do, going through antique cookbooks. The first time I found it was in 1900s version of Fanny Farmer; I thought it was an interesting way of cooking.”

He found evidence of its use during the 1880-90 “era of great restaurants” in New York. “Cedar is from New England,” he adds. “It’s on all the homes nearby.” The dish most often cooked on planks then was shad and shad roe, fish that used to thrive in the Hudson River.

To put the method into practice Forgione visited a lumber yard near his home on Long Island.

To put the method into practice Forgione visited a lumber yard near his home on Long Island. After the skeptical looks left the salesmen’s faces, he bought what they called under siding. Untreated, of course. Forgione bought 100-piece bundles three or four at a time, and usually sold about 200 orders per night.

“We did the salmon as an ode to Native American cooking,” he says. “We served it with corn pudding and an egg sauce that I was trying to make an east/west coast sauce, with hard boiled eggs, parsley and a butter sauce with cream instead of bechamel.”

Forgione has never used a plank on an outside grill. “It adds wonderful incredible flavor and incredible easy to do,” he says, “but I wouldn’t recommend doing at home if you don’t have a strong fan.”

Here’s his method for salmon: Soak the plank in water and then put it in a hot oven until it starts to toast a little. “You get more of a toasty cedary flavor that way,” he says. Brush the salmon with salt, pepper and dried mustard. Leave at least an inch of open cedar on all sides of the fish and put under a direct flame. This would be under a salamander, the powerful gas-fed broilers found in restaurant kitchens. Cook until the edge of the fish just starts to burn.

“If you do it on a grill you’ll need thicker wood because heat comes from the bottom,” he says. “Toast one side then turn it over, place fish and close cover.”

Closer to home, the always inventive John Ross discovered cedar cooking the same way, through old cookbooks, and does it at home often, using shingles bought at Riverhead Lumber. He also says he cooked salmon that way in his North Fork-centric restaurant, Ross’ North Fork, which opened in 1973. (Forgione and Ross will have to fight it out to claim firsties; both say they had never seen it in a restaurant before.)

For an outdoor grill, Ross advises cooks to discard shingles of uneven thickness and to oil them before use. One of his favorite cedar-plank recipes is a lobster stew. He halved lobsters and cooked them on the planks. (The recipe is in his latest cookbook, The Poetry of Cooking.”)

“It was one of best lobster stews I’ve ever made,” he says. “The shingles made it easy to cook on the grill. It added flavor and kicked ass.”

The kicker to me was that he also cooked the vegetables in bundles on planks. A call to chef George Hirsch confirmed that cooking vegetables on planks is a thing, and he added another twist. Instead of water, soak the planks in apple cider, beer or citrus juice. 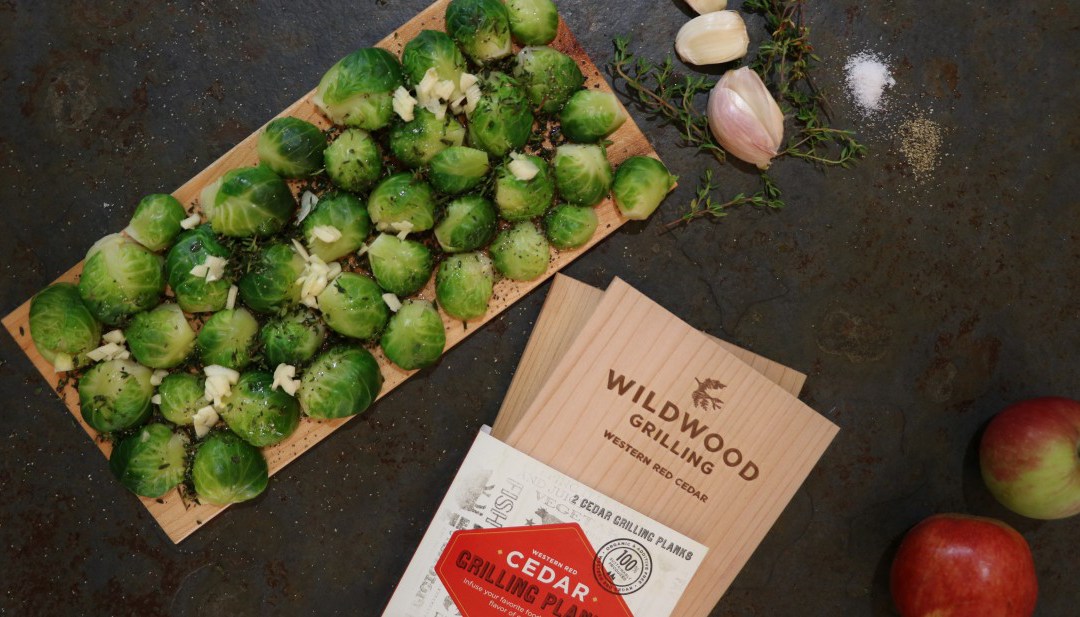 Should I rethink my broccoli decision?

Now I know how to cook that broccoli. I also have it in mind to cook a Long Island cheese pumpkin on a cedar plank. I think I’ll cut in half, scoop out the seeds and place it cut side down on the plank and cover, using my gas grill. (Yes, I don’t have a charcoal grill. Come at me.) I imagine I’ll scoop out the soft flesh, mash it with butter and maybe some sage and serve it next to the mashed turnips and mashed potatoes. This Thanksgiving will be easy on the teeth.

Check in after the holiday to see how it turned out; it just got too cold for a test run. And what good is a new recipe if you don’t try it out for the first time at a big dinner party that celebrates a national holiday?

(If the lumber yard does not appeal for cooking utensils, or you’re looking for a gift, try out Wildwood Grilling. Its factory in Idaho is on Shingle Mill Road, and they’re way ahead on the planking of vegetables.)