When the weather outside gets frightful, make this soup for your friends and family. It’s nutritious—and, yes, delightful. 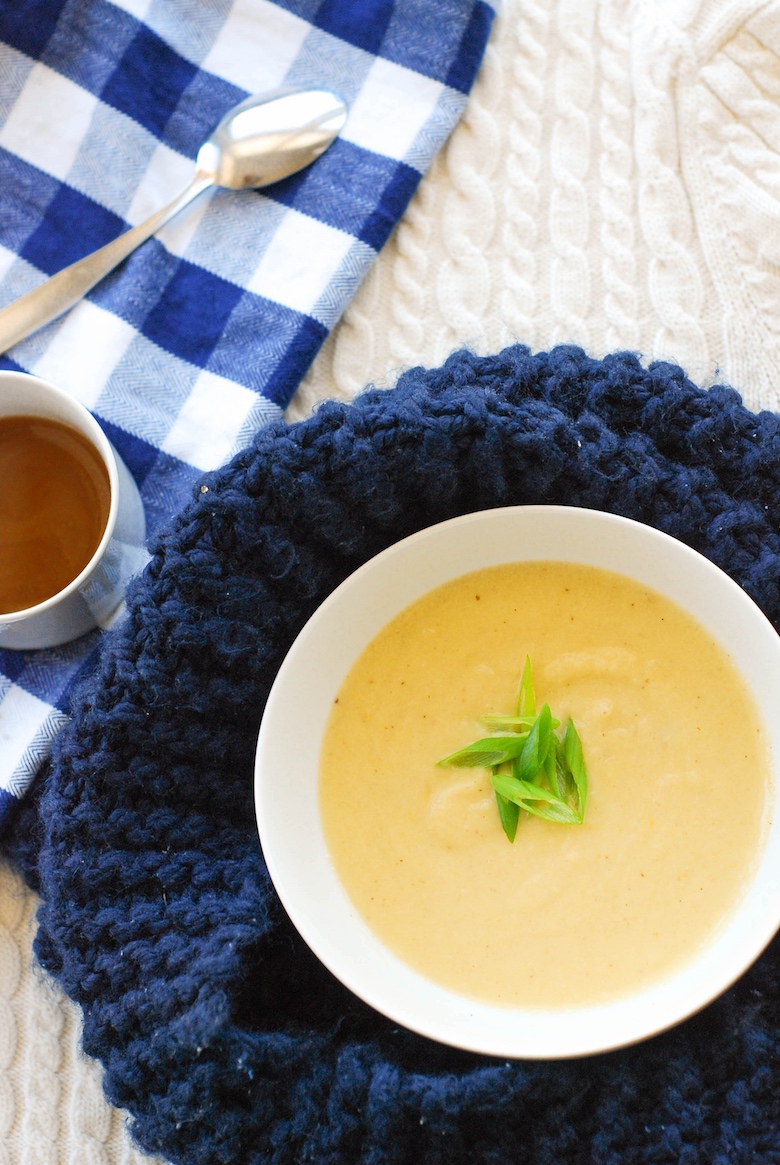 As the weather grows cold, we see the local produce shift to shades of neutrals and white. You often hear about the health benefits of brightly colored fruits and vegetables, but did you know there are many health benefits to some of our neutral colored vegetables? Cauliflower is an excellent source of Vitamin C, and white potatoes provide us with Vitamin B6 and potassium. There are also many types of cauliflower! You may find purple, orange, or green cauliflower in addition to the more well known white variety. Not only are these Fall vegetables healthy, but they can be made into some delicious meals as well.

After a blustery Fall day, there’s nothing more comforting than coming back to a pot of piping hot soup. This soup is teeming with local vegetables in season right now, including leeks, cauliflower and potatoes. The recipe below is vegetarian, and can be made vegan if you use coconut milk or another dairy-free substitute. This soup is hearty enough for a full meal, or would be a great appetizer or side dish. I plan to make it as a starter for Thanksgiving dinner! 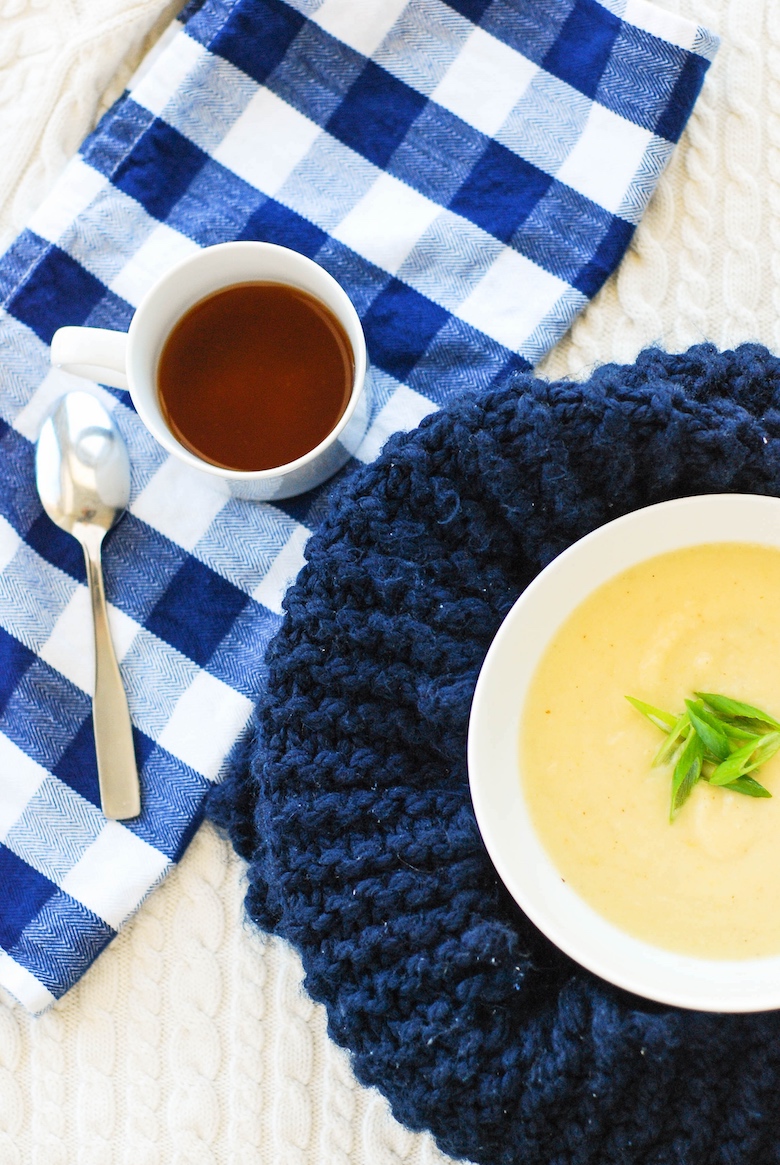 Scrub and peel the potatoes, then chop them into 1 inch cubes. Add the potatoes to the pot along with 1 tsp. salt and ½ tsp. of the garlic powder and stir so the leeks get mixed together with the potatoes and spices. Once the potatoes have been in the pot for a few minutes, add the liquid. Bring the pot to a boil and lower the heat so the soup is simmering. Use a spoon to skim off any white bubbles that forms at the top of the soup, then partially cover the pot with a lid and let the potatoes cook until they are just tender.

Once the potatoes have become tender, add the cauliflower florets to the soup and cook for an additional 5 minutes. Add the remainder of the garlic powder and salt, and then add half of the milk or cream. Remove the pot from the heat and either use an immersion blender or a high speed blender to blend the soup. While blending, slowly add in the remainder of the milk or cream a little at a time. If the soup is too thick, add in more milk/cream or water/broth. Adjust seasoning to taste and add some freshly ground black pepper. Garnish with green onions, chopped bacon, or anything else you’d like.