How Do Chefs Function? Jason Weiner Breaks It Down

A master class in profile-writing—on a chef who’s a master himself. 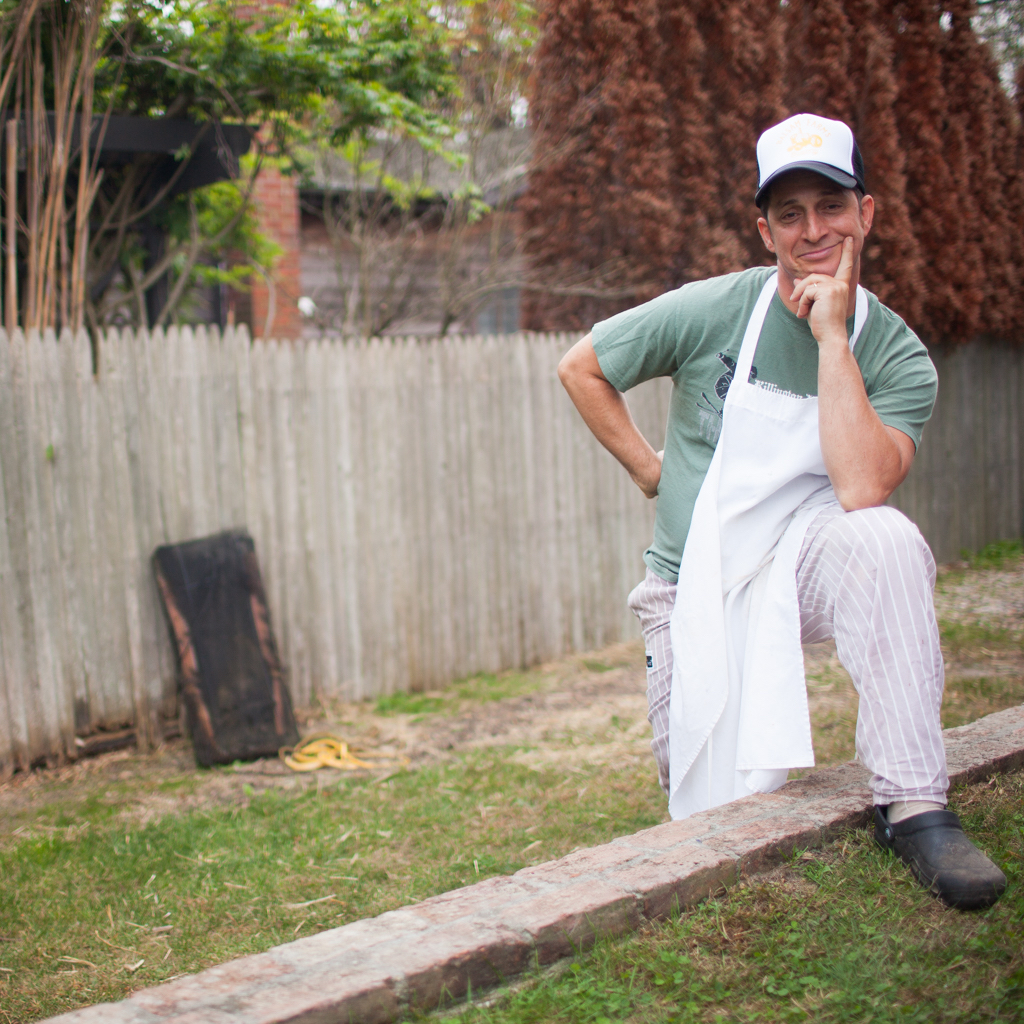 I had a plan for my profile on Jason Weiner, the chef behind Almond Bridgehampton, Zigmund’s Bar and L&W Oyster.

And you know what they say about plans.

It was going to be easy, I thought. Writing a love song to Jason is, in a way, a cinch. He makes delicious food and cares about his ingredients and community as much as any chef I’ve ever met. He sources hyper-locally, participates in Meatless Mondays, recycles and composts (by choice, not by law), honors his favorite “lady farmers” at fundraiser dinners, for example, works with good causes like Just Food and Feeding the 5000 and the CCAP. He helped with “The Montauk Fishburger Project,” which brought sustainable, tasty food into local schools. He’s hilarious. A super dad. Has the best wife (artist Almond Zigmund). He does good. He does a lot. He does a lot of good.

For the past 15 years, he and his longtime business partner (they met in sixth grade), Eric Lemonides, have shaped their first and nearest and dearest restaurant, Almond Bridgehampton, into a place that the community could not, would not and should not do without. They are there most nights, the faces of the place. It feels at once homey and chic. The food is approachable and inventive. It is a staple for locals and non-locals alike because, in great part, it considers its audience all year long (with Artists & Writers Nights on slow Tuesdays in winter and a rosé dinner/pairing, for example, in summer).

And so, I thought, it would be easy to write all about that, about Jason, to gush and make a point about a chef who is doing wonderful things locally and otherwise. Jason Weiner: the best.

But then, Jason showed up for our interview, sat down, fussed with his never-not-on Amber Waves trucker hat and hair and blew my lovely little unwritten profile plan to smithereens. 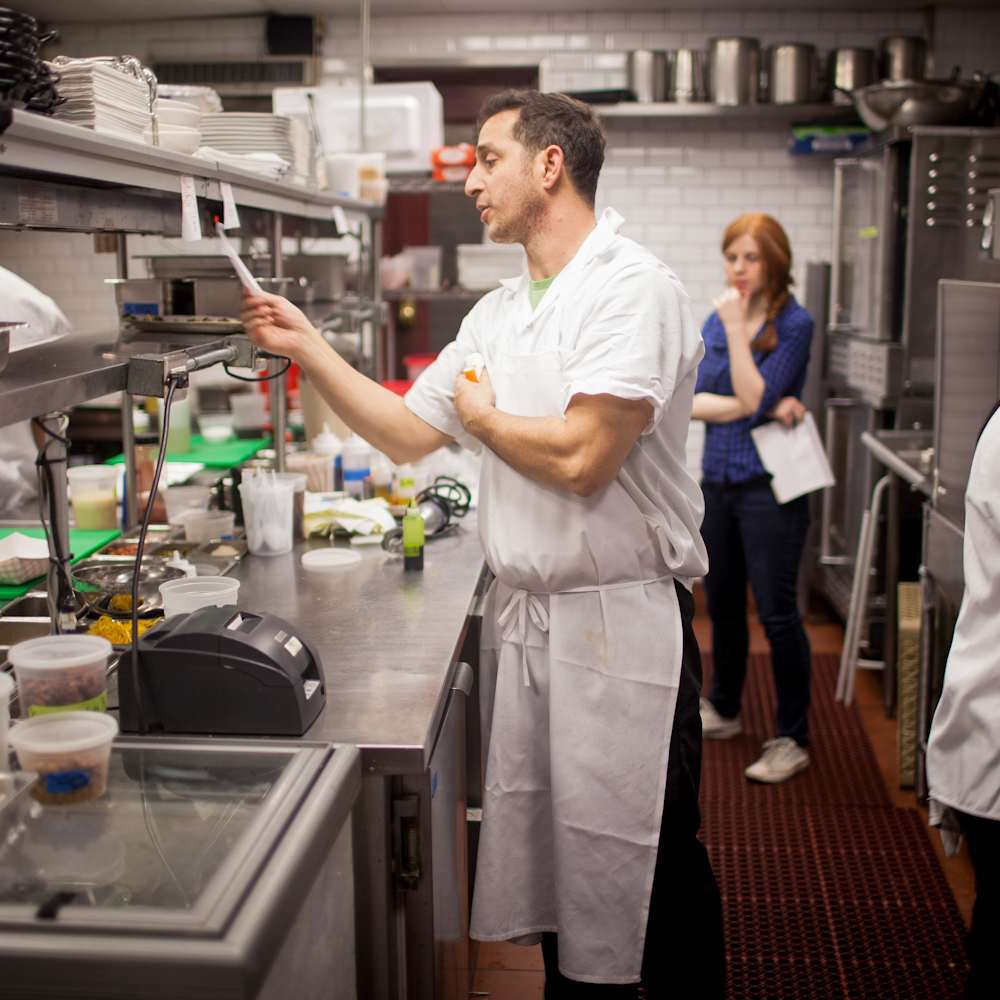 “On the x-axis,” Jason continues, “there are two sides. On one side: avant garde. On the other: classic.” What he means is that some chefs are faithful to aesthetics above all else. To novelty, shock even; others to ingredients, method, craft most.

And it’s a continuum, of course. No chef is really ever one or the other. And yet.

Then there’s the y-axis, he goes on, which is a question of personality. There is pleasing people on one end—“Thanksgiving dinner every night,” Jason says—and ego on the other. And though both might come from the same place—be it confidence or insecurity—the two manifest in different ways and make the food different, the restaurant experience different, the staff and customer feel entirely differently. As you can imagine. Imagine here.

Finally, there is the z-axis. “It is about economics,” he says. On one side, there is not-having to make money at all, business strictly as “a vanity project,” as he calls it. On the other side, business as, quite simply, a cash cow.

And everything, again, in gradations.

And, interesting, all this, of course. But what is the point? 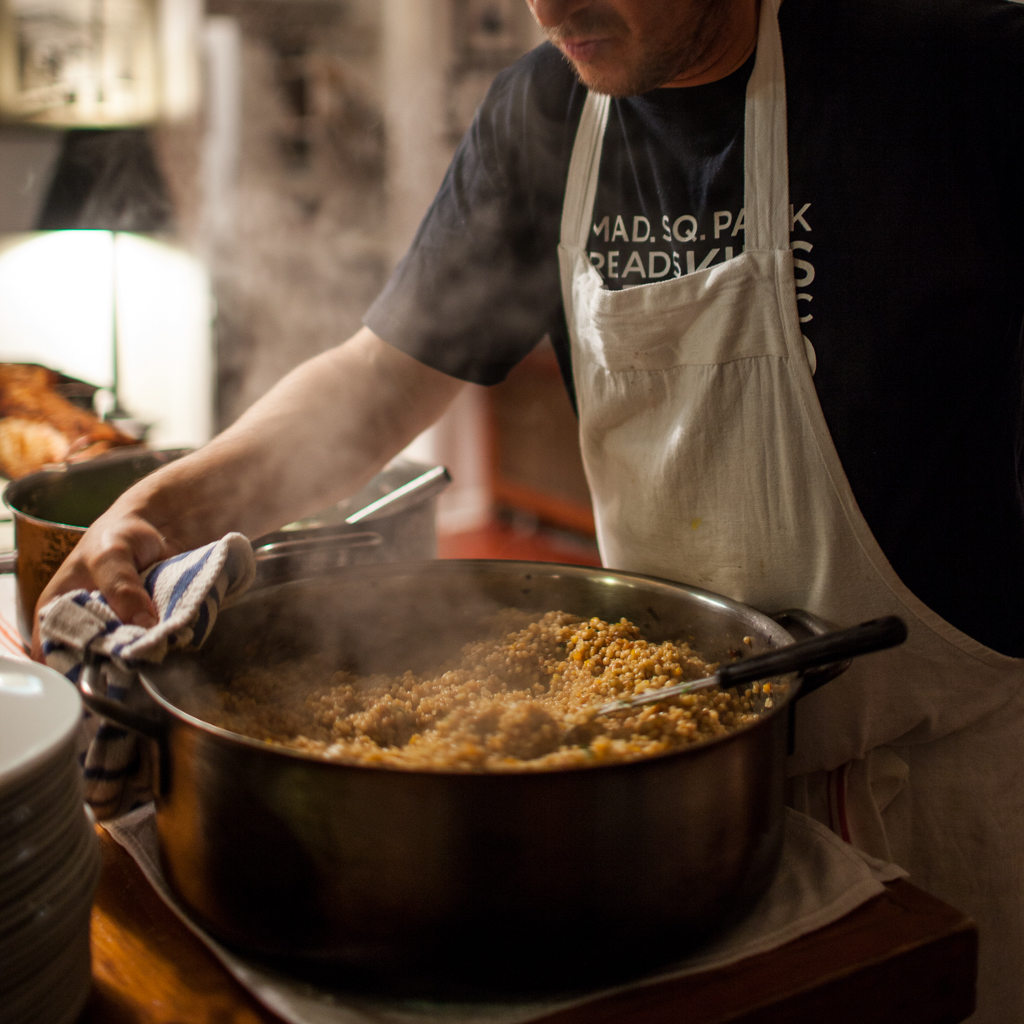 Well, for one thing, it’s a novel way of thinking, what Jason suggests. At least for me. I had never considered the job in those terms: so clear and subtle both.

Too, the point is that the more Jason talks, the more I’m sure that the reason he is as successful as he is is because he’s taken the time to consider these things: how they might work in tandem, communicate and, together, strike a perfect pitch—and that they exist at all.

It takes a certain type, I think.

And so which type is Jason?

Take the x-axis, first. For Jason, the avant-garde lies in his faithfulness to tradition, to craft, to ingredients, letting them speak for themselves. Often he’ll do produce three ways: eggplant, squash, scallops, cauliflower, turnips, for example. And though there is no fancy footwork, no crazy contortions, no dry ice or liquid nitrogen or decomposed, recomposed situations, still, there is novelty and thrill. And that comes from tasting something afresh. The eggplant is like candy then like smoke then like cream, for example. Oh! you think. Oh! It is like eggplant and yet. Jason’s gift is subtle, I think. It is as though he is turning down background noise on an ingredient or shifting it into slightly better light so it isn’t just itself but better. Eggplant and yet. The wildness is in the inevitability. The avant-garde is in the adherence to classic. 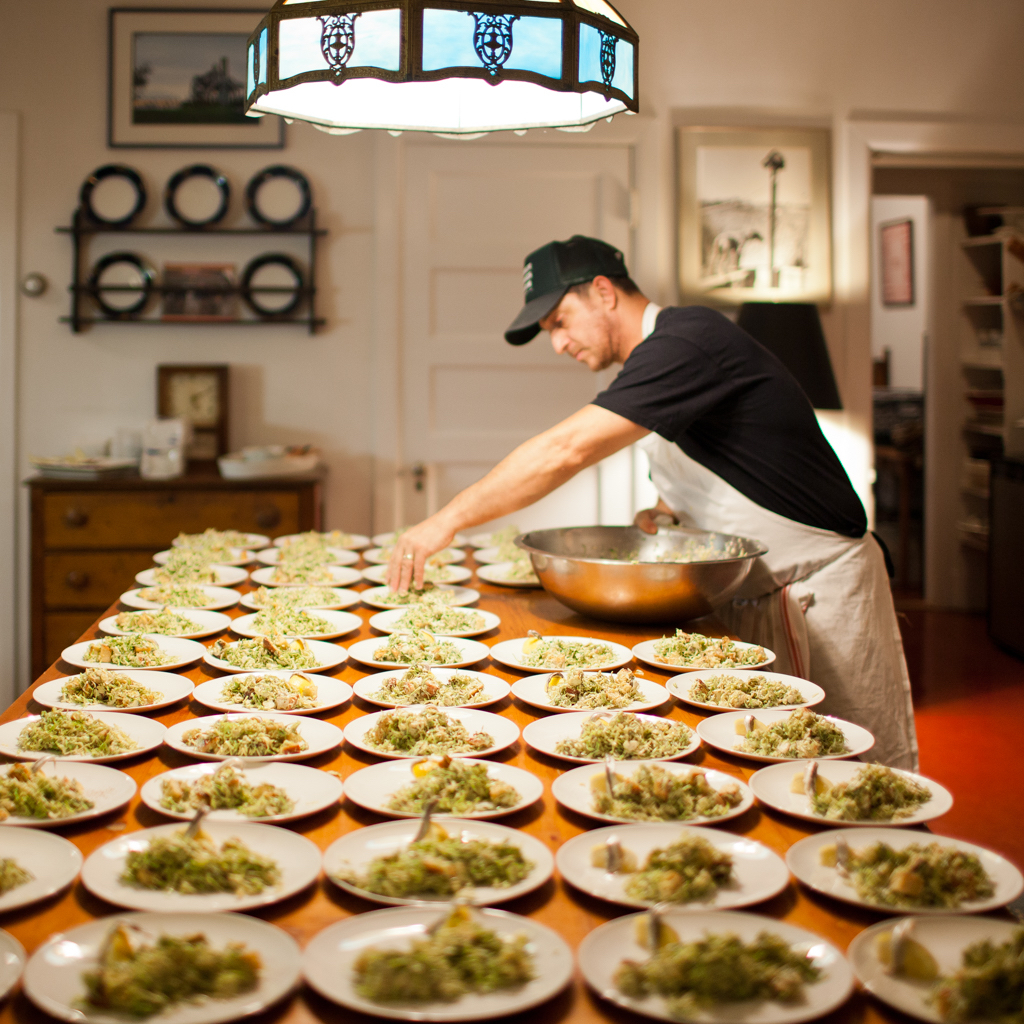 On the y-axis, it is about balance again, for Jason. The ego isn’t just ego and the people-pleasing isn’t just that. Instead, pride comes from making the customer happy, the people happy. He uses the word “conviviality” again and again. And it feels like that. He’s got a posse, for sure. Kids who grew up in the restaurant, end up working there. He has a staff that’s been with him forever. No one loves his purveyors more (farmers, fishermen, dairy queens), and in turn, no purveyors could possibly be more grateful for a chef. They adore him, in part, because of his shout-outs to them on menus, in magazines, on social media. Jason makes sure everyone gets credit for hard work. The act is generous even if it’s warranted, and because of it, Jason gets the best of the best from his farmers, his staff. It’s a circle. And around and around we go.

Finally, there’s z, and because Jason is the chef of his restaurants and is also part-owner, he can never ignore money in strict service of the food. There is always the issue of compliance and payroll and legal and administrative woes. But that’s how he likes it, he says. “Parameters” is another word that comes up in our interview again and again. He likes them. “Limitations can be good,” can drive things, he says. “The economics are always working on you.” But, in the end, it drives him, but doesn’t dictate things. For Jason, money is made because it’s not only about the money. Restaurants like his wouldn’t work that way and they don’t.

Instead, it is the combination of things: creativity and simplicity, confidence and humility, freedom and parameters. All the elements work together so that customers come back for more year after year. And the money comes in and not for money’s sake alone, but for the sake of everything instead.

In the end, Jason says, the matrix isn’t pat. It isn’t. That’s true, and yet. It’s good. Really good. When everything works together, doing something new is about doing something tried and true, which is about relationships, which is about money and also not. Everything is both a skill and an art, both. But when you’re at Almond Bridgehampton, for example, you don’t need to know all that. You never hear the gears shifting or see the feet paddling wildly underneath. You just see something that works, that feels seamless, and wonderful. And compliments, please, to the chef.