Pears: The Other Winter Fruit

This holiday season, use these recipes to give your true love something much better than a partridge in a pear tree. 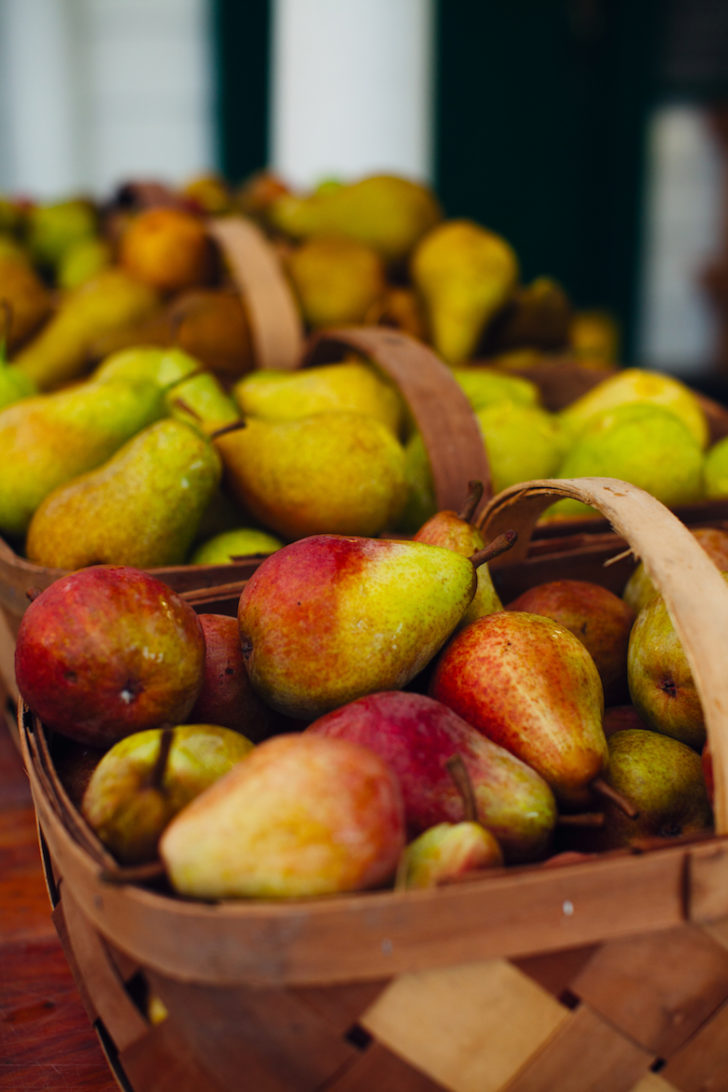 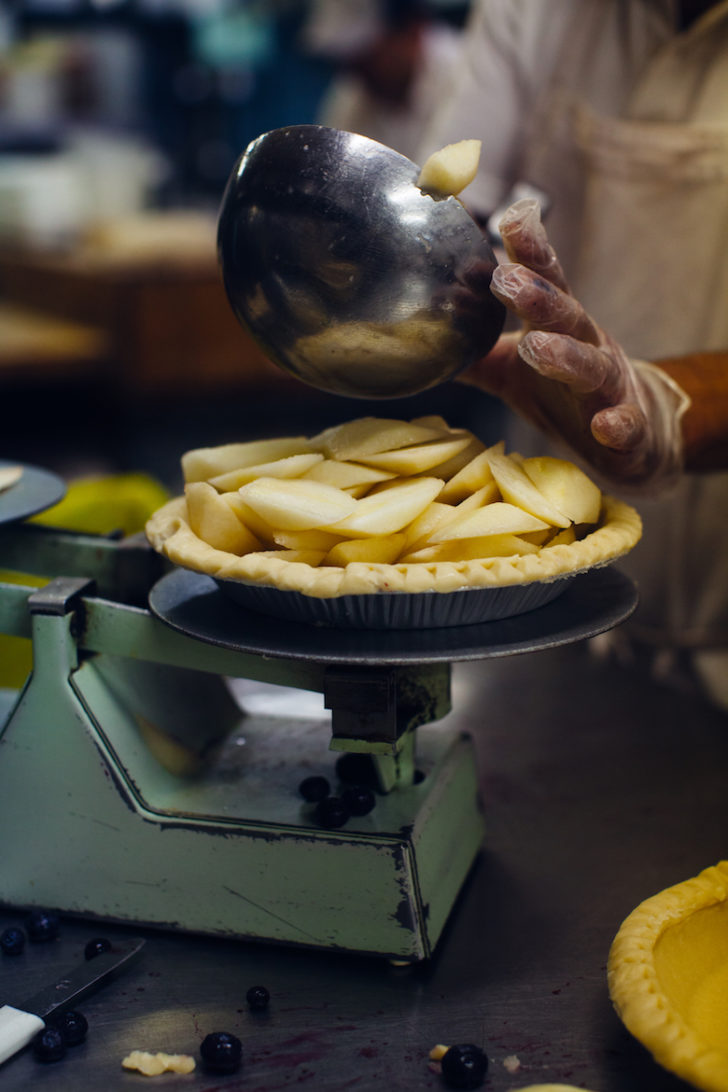 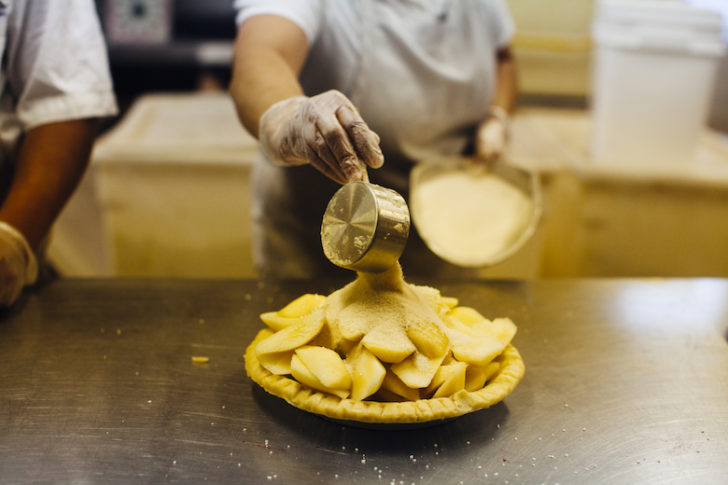 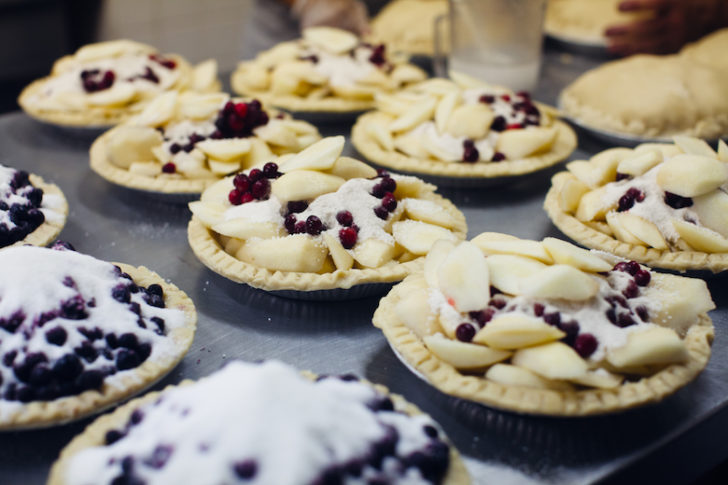 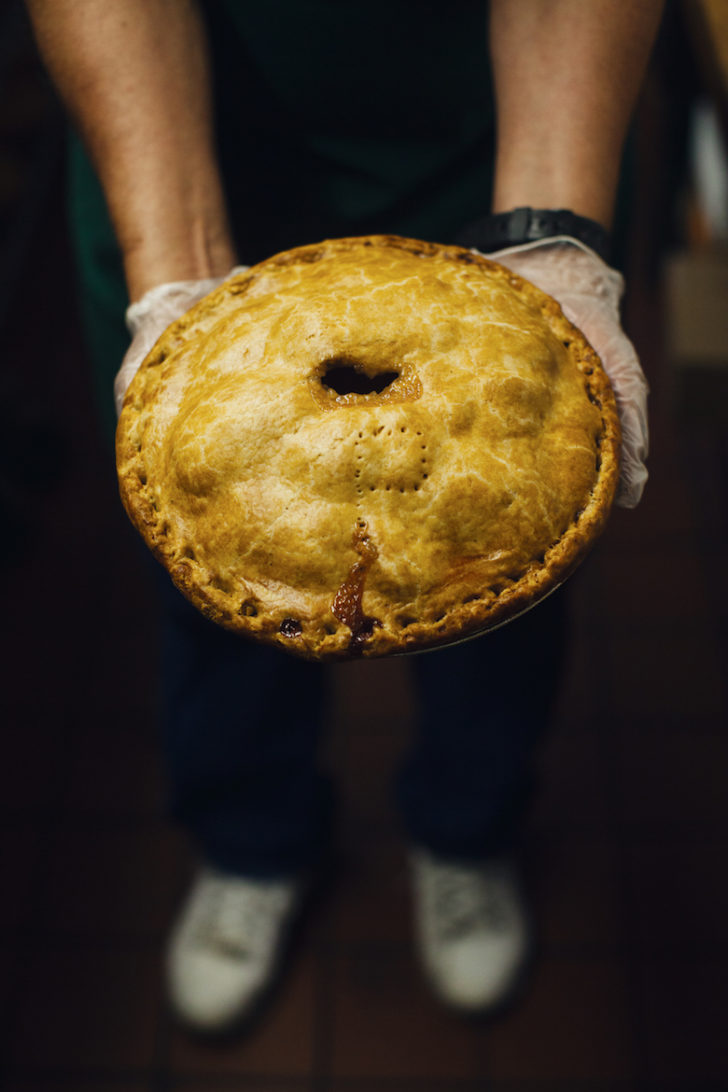 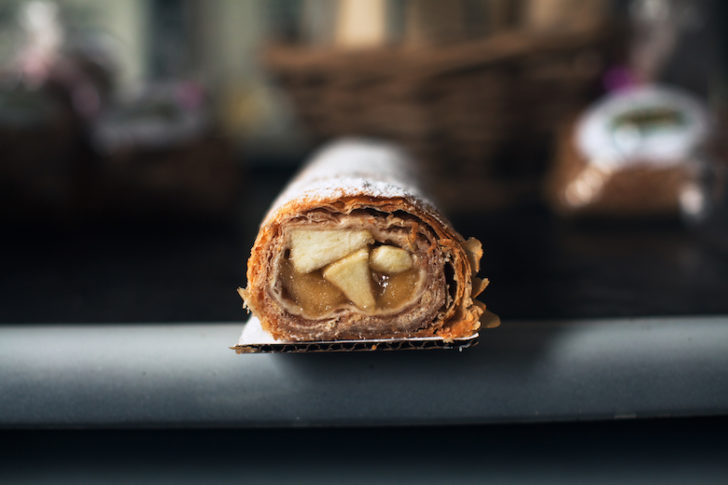 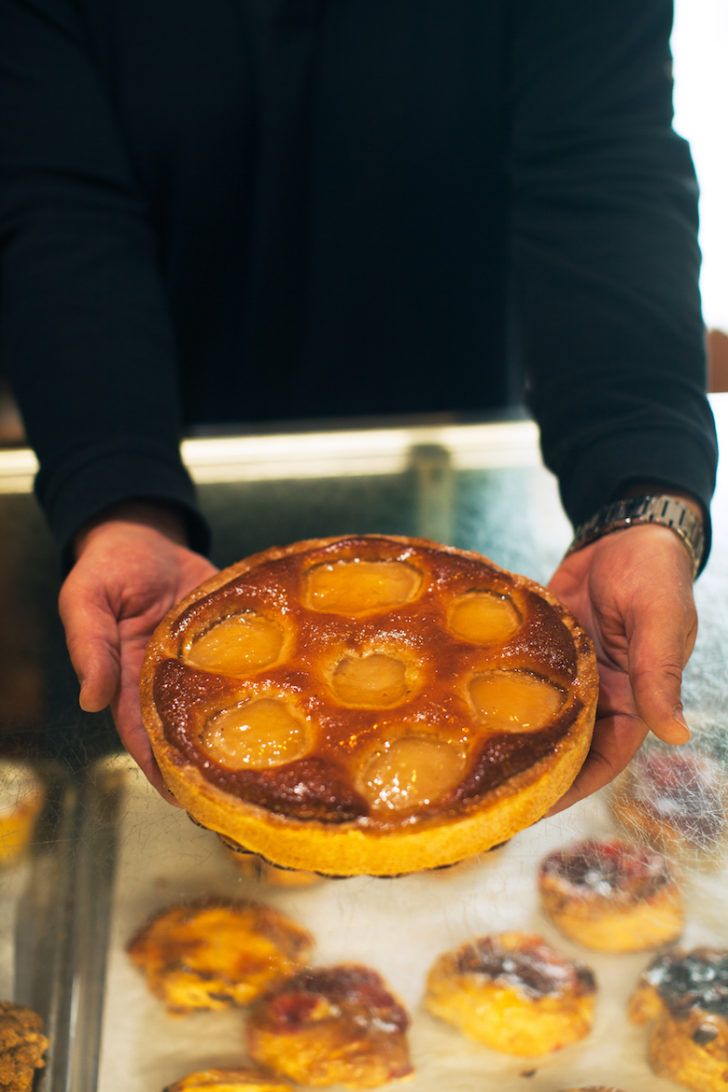 In popular culture, the pear tree was immortalized alongside a partridge in the 18th-century Christmas carol “The 12 Days of Christmas”—a tree with bell-shaped fruit that rings in gastronomical merriment throughout the holiday season. I have to admit, during the holidays, I have ordered my fair share of Harry and David’s Royal Riviera pears that have a big juicy sweet flavor and are domestically grown in southern Oregon, yet they are not so local. On Long Island, pears grow, well, just like apples that seem to win the hearts of most winter fruit lovers. But, I’m here to tell you that whatever you make with apples—you can make with pears.

Whatever you make with apples—you can make with pears.

This past year, I sought out John Leuthardt, a fourth-generation horticulturist of Henry Leuthardt Nurseries in East Moriches, who specializes in fruit trees, most notably espalier trees that are branches that are pruned and trained to be on one plane and are commonly found up against a wall or fence. When my husband, Chris, and I built our home, Sheridan Green, we planned on the east-facing concrete wall in the courtyard to have espalier fruit trees. Pears were my choice for their beautiful shape and flavor. John Leuthardt knew I was a home cook and chose the Atlantic Queen, an Old French yellow-green cultivar that grows well near the seashore, and D’Anjou, a yellow pear marked with russet that’s named after the Anjou region in France. Both varieties are sweet and juicy with a dense flesh that holds up well in heated applications, like baking, poaching, roasting or grilling, and delicious raw when sliced fresh for salads. Our espaliers are still young, but by next year we should be eating the fruits of our labor.

In the meantime, while my espalier trees grow, I will buy my pears from the farmers. 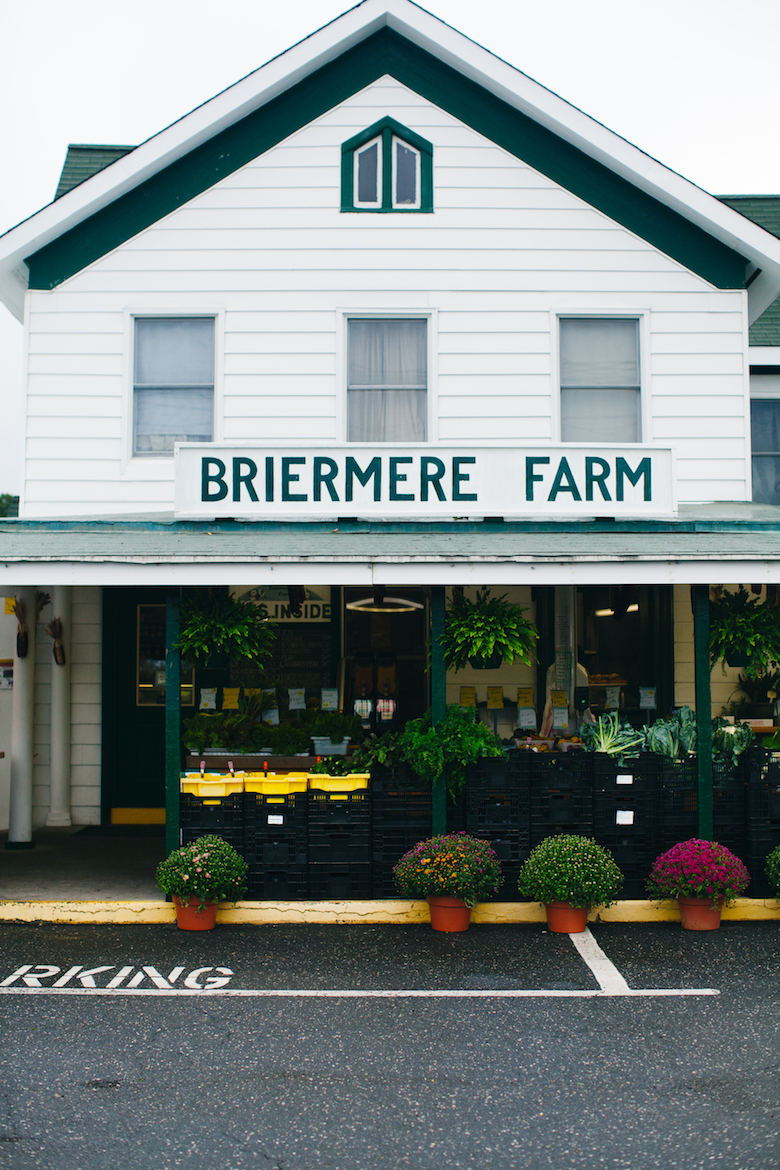 At Briermere Farm in Riverhead, Bosc and Bartlett pear varieties have been growing for over 100 years; Seckel, a tiny darling pear that is bite-size with a green-gray skin tone and reddish blushes is the newest variety growing at the farm. The flavor is aromatic with an appley flavor and a grainy skin texture. I enjoy poaching these pears, especially for a vanilla bean sweet risotto. Briermere is known for their two dozen or so pie combinations; folks flock to their farm stand during the holidays to place orders. My favorite is their pear pie. “Anyone who wants a pear pie for the holidays should order ahead of time, it is one of our biggest sellers,” says Clark McCombe, owner of Briermere Farms.

And at some farms, the farm-stand managers do more than just supervise the comings and goings of us eager shoppers. 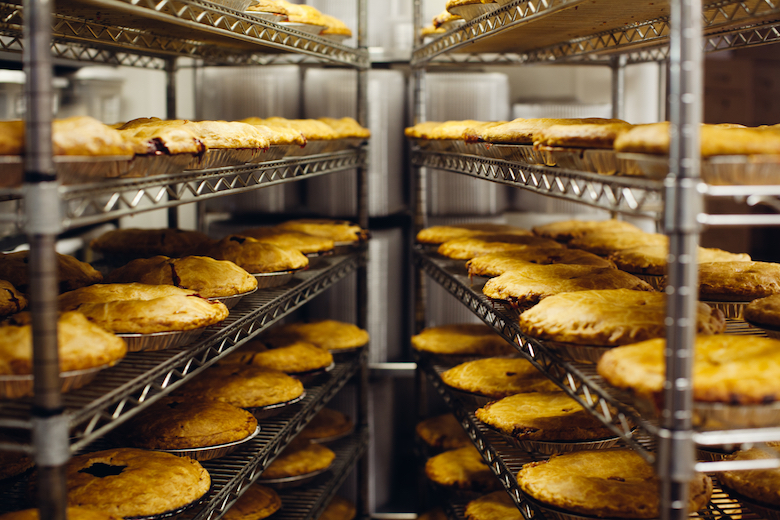 Pies as far as the eye can see at Briermere Farm.

Amydawn, the farm-stand manager of Breeze Hill Farm, oversees all the cooking and baking on the premises. “It’s the best of both worlds, I get to manage the farm stand and combine my passion for cooking seasonal vegetables and fruits,” says Amydawn. “The way I sell the produce on the farm is to show people how to cook with them and what is possible.” She makes a pear jam and a baked acorn squash stuffed with Bosc pear sausage stuffing that is sold at the farm stand. Breeze Hill Farm is home to 72 acres of vast rows of crops, which include Bosc and Bartlett pears.

Pam Lewin Saviano, the farm-stand manager of Lewin Farms in Calverton, makes a pear bread during the holidays from a recipe she found in Newsday over 20 years ago. The bread is made with yogurt, very ripe pears of any type and a good amount of quality butter. Lewin Farms grows a variety of vegetables and fruits including, Bosc, Bartlett and D’Anjou pears. In the past few years, they have been trialing Asian pears, which are juicy, round and crisp like an apple, with a slight grainy texture and subtle melon-like flavor. 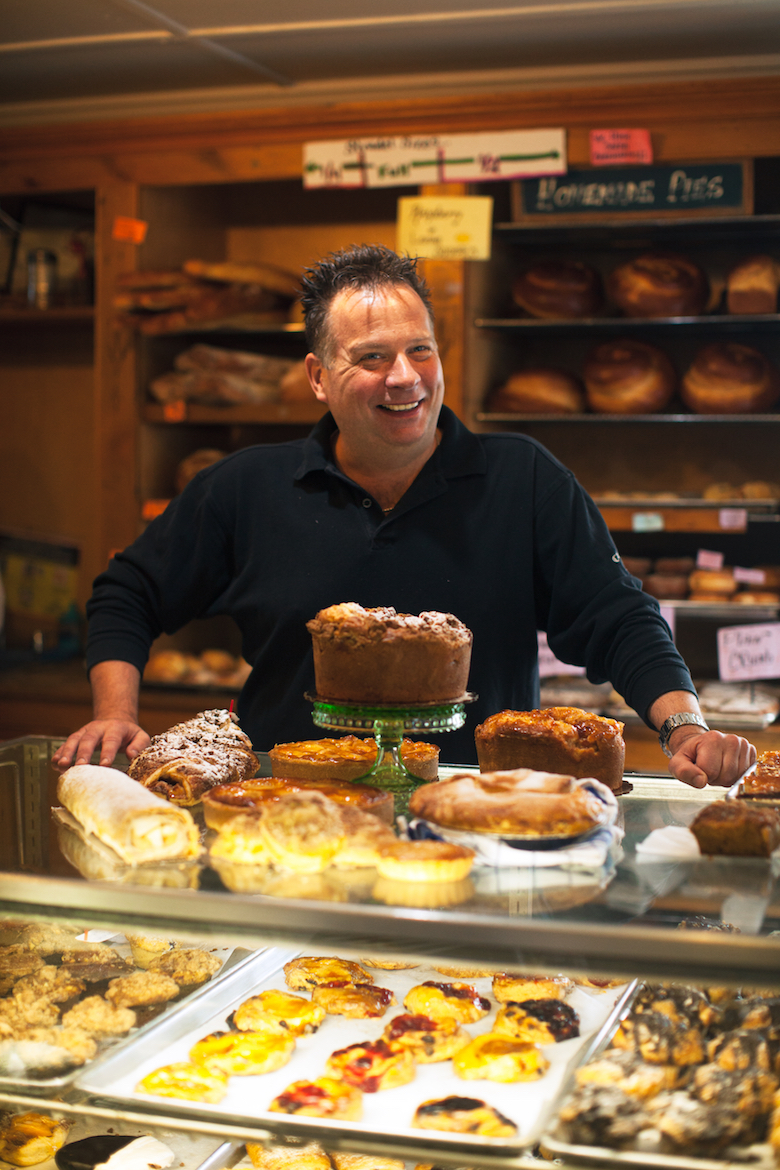 Christopher Junda, owner of Junda’s Pastry Crust and Crumbs, poses with his pear-based cakes and pastries.

And there is no pairing down at Junda’s Pastry Crust and Crumbs in Jamesport when it comes to this voluptuous pyrus. The bakery makes exquisite, mouthwatering creations like pear almond tart, pear honey cream coffee cake, pear cheese Danish, pear pumpkin squares, pear cheese puffs, pear pie and pear sugar cinnamon scones. Since 2002, owner Christopher Junda started baking an assortment of seasonal European-style cakes, tarts and breads. “A lot of the recipes are from my grandmother, and over the years I have added a few twists,” says Junda, who takes pride in his craft of baking. The signature apfelstrudel (apple strudel) is sought out by many (yes, they make an apple pear version) and is a recipe inherited from a retired German baker named Alfred who worked for Junda years ago. Be sure to order your pear delicacies ahead of time. And while you’re at it, you might as well snatch a Christmas stollen, filled with dried fruit and covered with powdered sugar, and the bûche de Noël, made of a sponge cake to resemble a miniature Yule log.

No matter how you grow or bake, it makes a great pear. 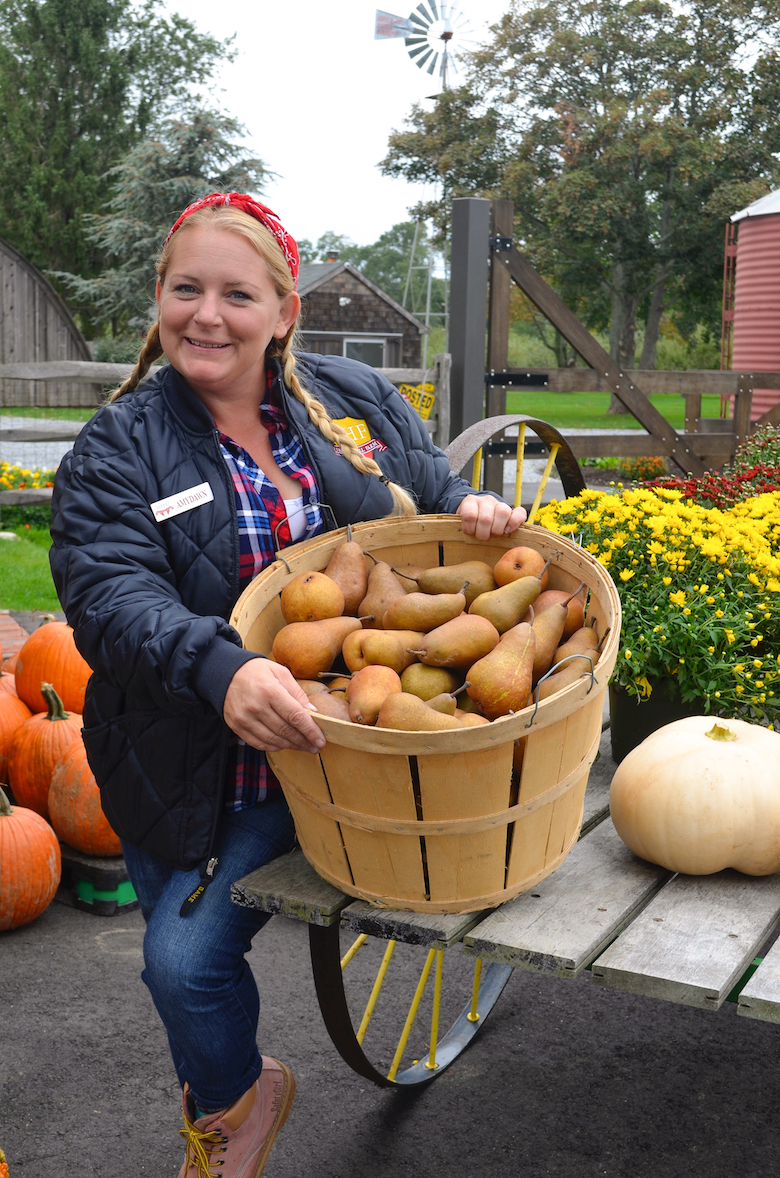 
Directions:
1. Place acorn squash halves in oven preheated to 375°.
2. In a large skillet heat olive oil and brown sausage.
3. In another skillet add butter and sauté the onion and pear until fork tender.
4. Combine sausage, onion and pear with the bread crumbs and add the broth, sage and egg. Mix together gently.
5. Take acorn squash out of oven, place stuffing mixture in the halves, and place back in oven for 30 minutes.

Cream butter; gradually beat in sugar. Beat in eggs one at a time. Combine dry ingredients; add to egg mixture alternately with yogurt. Stir in pears, vanilla. Pour into buttered 9- by 5- by 3-inch loaf pan. Bake at 350° for 1 hour. 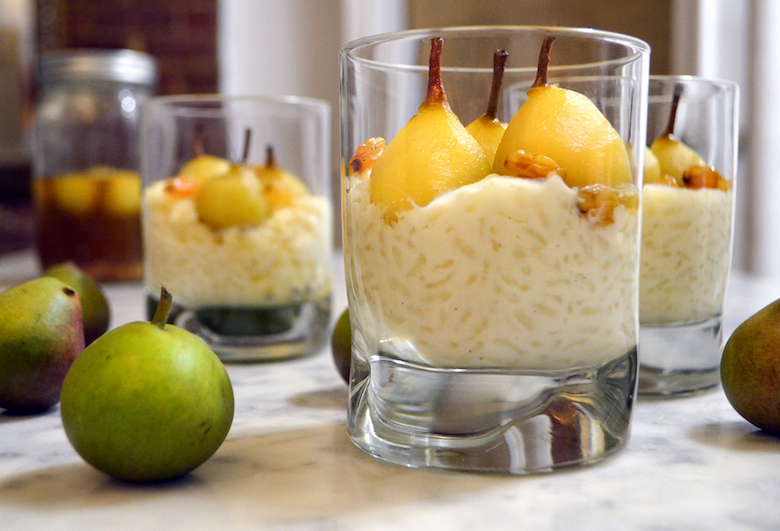 Note: If you have leftovers, store the pears with the sugar syrup in the refrigerator for future use.

1. In a small pot combine the whole milk, sugar, vanilla bean and seeds, cinnamon stick and salt. Bring to a low simmer but do not boil. Keep the mixture warm while cooking the risotto.
2. In a medium saucepan melt the butter over medium heat. Add the rice and cook for 1 minute, until the rice is coated with the butter.
3. Begin adding the milk mixture, 1 ladle at a time to the rice and stir constantly until the milk is absorbed. You need to repeat this a few times until all the milk is absorbed. The rice should be al dente.
4. Remove from the heat and add the mascarpone cheese and stir. The mixture should be creamy and loose.

Note: The longer the risotto sits the thicker it will become. If this happens add some more milk.

Spoon 3 heaping tablespoons of the risotto into a bowl or glass. Top with 3 poached Seckel pears, a few golden raisins and a drizzle of the sugar syrup.

Serve warm. If you have leftovers, simply refrigerate and serve again. Heat the risotto over low heat and loosen with a dash of milk.