One Jewish chef creates an alternative to Chinese food for Christmas Eve. 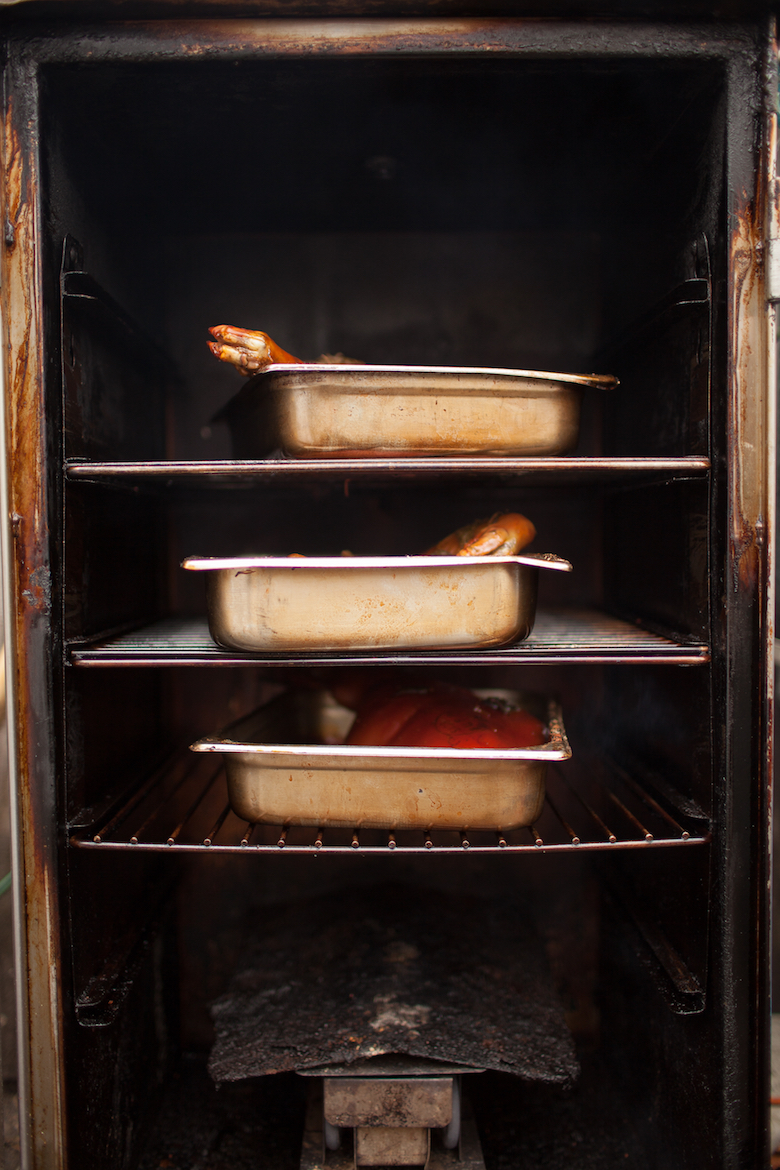 “I’m Jewish so the only real Christmas Eve tradition that I knew was Chinese Food,” says chef Jason Weiner, co-owner of Almond restaurants, “Go to any Chinese restaurant on the Upper West Side, “Wall-to-wall Jews.”

Weiner may not have had much to draw from his childhood, but he did what any great chef would do and drew from what was available, to create his own Christmas Eve tradition.

Going on 16 years now, his restaurants in Bridgehampton and Manhattan have been turning out suckling pig roast, Alsacian style. 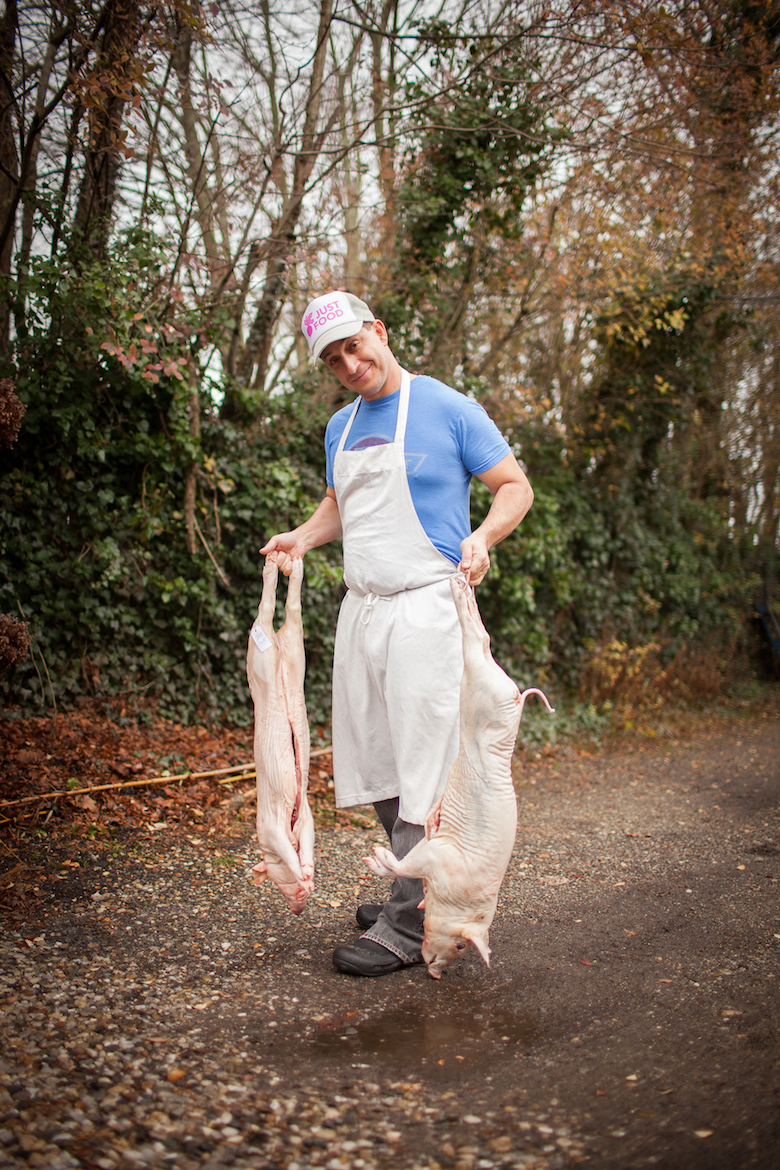 “I cook with what’s in front of me,” he says. “What’s around on the East End of Long Island in December.”

“When you’re cooking something that’s been well fed and well cared for, you don’t really have to do much,” he says. “Yea, it gets crowded in the ovens, but we manage.”

“We brine them overnight with aromatics, salt and sugar in a Lexan, a big plastic industrial rig,” Weiner says. 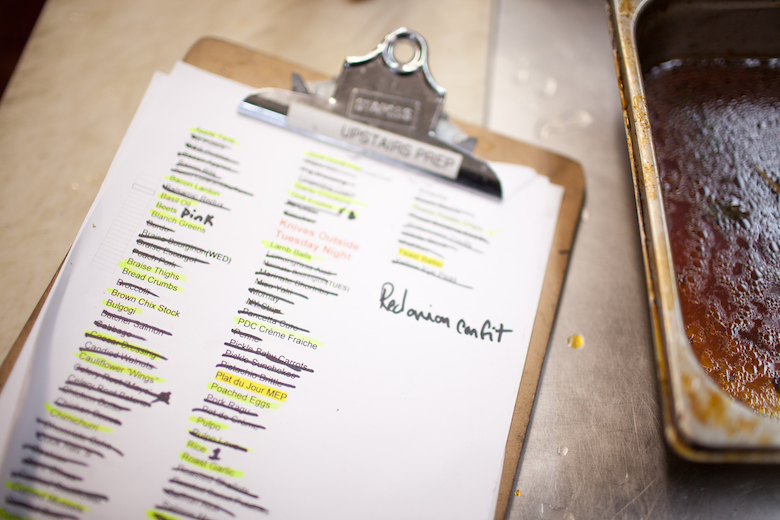 Then the pigs are put in roasting pans with some mirepoix, cooked slowly, and basted continuously with a mixture of honey from Browder’s Birds and housemade apple cider vinegar.

Weiner uses the heads to make a pâté, which is served with pickles prepared at the end of the previous summer.

“My daughter, Rive, eight, helps out sometimes. It’s kind of important to me, for her to get an idea where her food comes from,” he says. “It doesn’t drop out of the sky, shrink wrapped on a Styrofoam tray.” 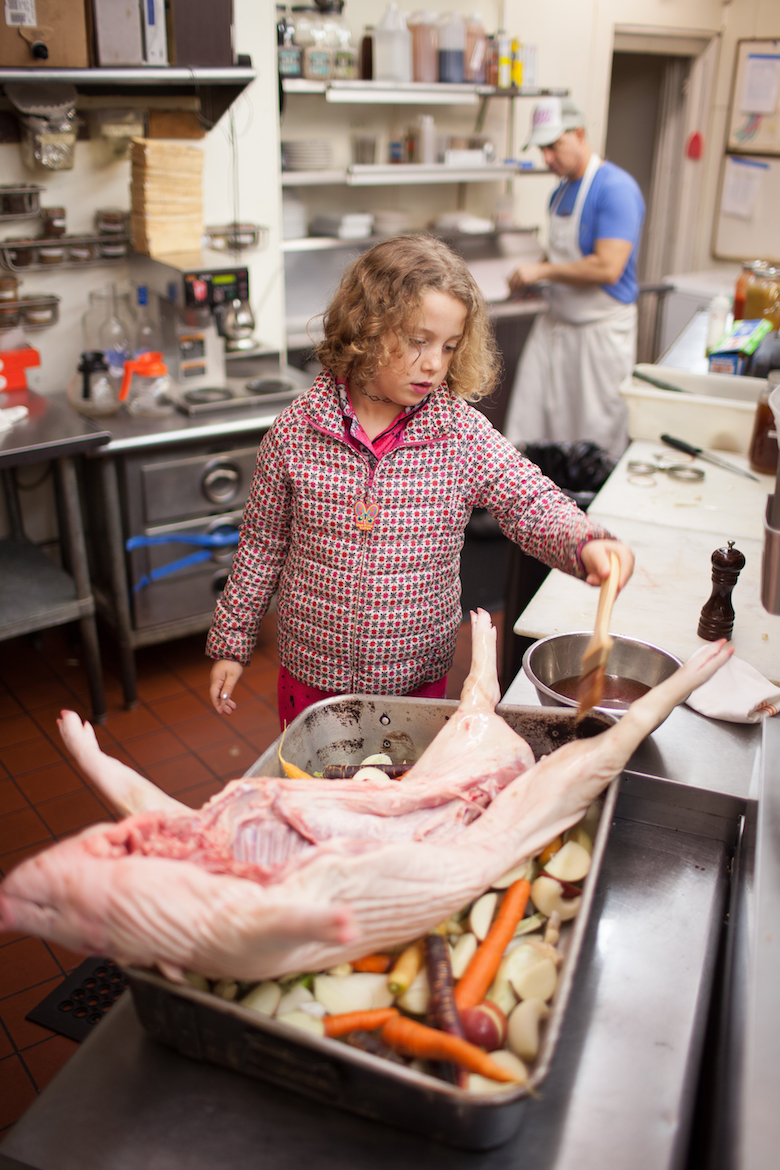 So how does Wiener reconcile his religion with his suckling pig roast tradition?

Reservations are accepted but walk-ins won’t be turned away.

A portion of the proceeds are donated to the Pajama Program.