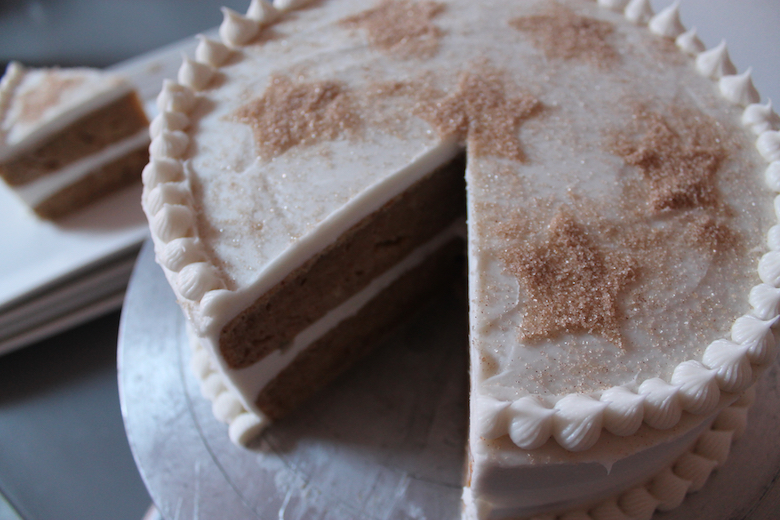 There are two things I have learned with certainty in my 31 years on earth: Don’t go to the prom with your ex-boyfriend, and don’t try to run a bakery by yourself through the holiday season while you also have a full-time job.

The latter is a lesson from when I started La Pirata Kitchen, an all-organic vegan bakery, in 2012. I lived in Huntington, worked at New York magazine, and started baking nonstop. Eventually, it evolved into a business. During my first and only Thanksgiving as a baker, I got way more orders than I could handle. I was up before the sun trying to fulfill them as well as my normal orders, and it was without a doubt the most hectic time of my life. Nothing will ever compare (I hope) to waking up at 5 a.m., baking off muffins, decorating cupcakes, signing on to work for eight hours, and then doing more prep work in the evening.

But during that crazy time, I created a ton of recipes and learned how to navigate the kitchen efficiently—these experiences will last me the rest of my life. One of those recipes was this extremely not-basic pumpkin cake, made with coconut oil and just enough extra ground cloves to take it to a spicy level that’s offset by the luscious sweetness of vanilla frosting. Cinnamon sugar coats the frosting for a pretty dose of texture.

Whether you have a vegan coming over for Thanksgiving or just want to serve something seasonal and delicious, it’s a great way to bust the monopoly pie has on the holiday. I’ve included a done-up version as well as a dressed-down one-layer cake so that you can decide how much work you want to do. They’re both equally delicious. 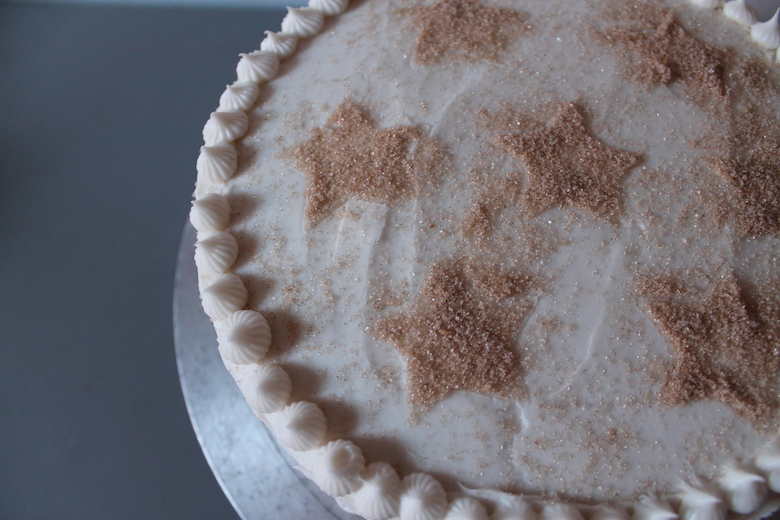 For the one-layer cake, place a can of full-fat coconut milk in the fridge overnight. When ready to decorate, remove the coconut cream (not water) from the can into the bowl of a stand mixer or bowl in which you’ll whip. Add one tablespoon sugar and half teaspoon vanilla, then whip at high speed until thick and creamy. Slather it on the cake and top with cinnamon sugar.

For the two-layer cake, blend 16 ounces of coconut oil with four ounces of coconut milk in a food processor. Put in the refrigerator in a new container to cool completely, until solid. When solid, add it back into the food processor with 450 grams of powdered sugar and one teaspoon of vanilla. Blend until a fluffy buttercream forms, then decorate the cake. Top with cinnamon sugar.