All Good at Tutto il Giorno

A taste of the Amalfi Coast in Southampton. 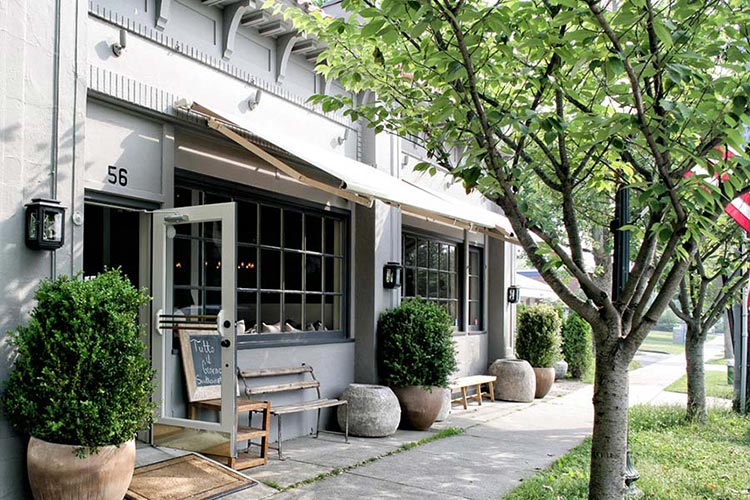 On a recent Monday evening at Tutto il Giorno in Southampton, Gabby Karan de Felice, long sundress and black ankle boots, welcomed regulars at the door. In the kitchen, executive chef Alexander Apparu messed with plump tomatoes he’d picked up that morning near his home in Cutchogue, and on the terrace, mothers fed their tanned toddlers chunks of baked black sea bass drizzled with olive oil and lemon. These days, seven-year old Tutto feels almost like family.

“It’s funny how we’ve dropped ‘il Giorno,’ said Karan de Felice. “To us, the restaurant has become just Tutto, ” (‘meaning ‘all’ in Italian).

So how did the 41-year-old daughter of designer Donna Karan and mother of two become a restaurateur?

“Every summer, Gianpaolo, my Italian husband ached to travel home, so we thought if we opened an Italian restaurant with his mother’s recipes, perhaps he wouldn’t need to so much,” she said, confessing she hates flying.

But at the helm of the kitchen, Apparu has done much more than replicate recipes. Born on the island of Corsica to parents who each ran their own restaurant, he grew up among fig trees and prickly pear cactus, nibbling his way through artisanal goat cheese and learning to make bottarga. In 1986, he moved to New York City where his mother opened an eatery on the Lower East Side. After culinary school in Paris, the chef traveled from Portugal to Tunisia, plucking inspiration from markets and farms as he worked his way through various kitchens including five years as the sous-chef at Almond in Bridgehampton.

In 2011 Apparu started a catering company and then the Wandering Palate food truck, but as his duties increased at Tutto, the wanderer finally set down his chef knives in Southampton.

As soon as we sit, a whiff of Mediterranean landscape envelops us as sheets of crunchy pane carasau, the traditional flatbread from Sardinia, appear on the table. Rosemary, almost minty in its pungency, mingles with flakes of Amagansett sea salt. A woodsy risotto, costumed as a cheesy arancino, reveals a medley of mushrooms the chef sources from the East End Mushroom Company.

“I prefer my octopus charred and crispy,” he said but the inside is tender without being chewy. An eggplant “cup” hides more roasted eggplant with mozzarella and tomatoes, while slivers of lemon confit add a North African touch to the classic ‘mattonato’, a whole roasted chicken, butterflied and cooked under a brick.

The atmosphere is brisk but cozy. With rustic but elegant furniture gleaned from flea markets and in Europe, Karan de Felice proves she has inherited her mother’s sense of style. Chilewich placemats dress the simple wooden tables; neutral tones and warm-colored exotic woods complete the dining room.
Outside, strings of light bulbs lend simplicity to the gravel terrace, shaded by large cream-colored umbrellas.

The evening wears on, toddlers are carried asleep on shoulders and at the bar, a young crowd sips mandarin-colored cocktails. A light summer breeze flows through the trees, the Amalfi Coast can’t be far.