When Stars Come Together 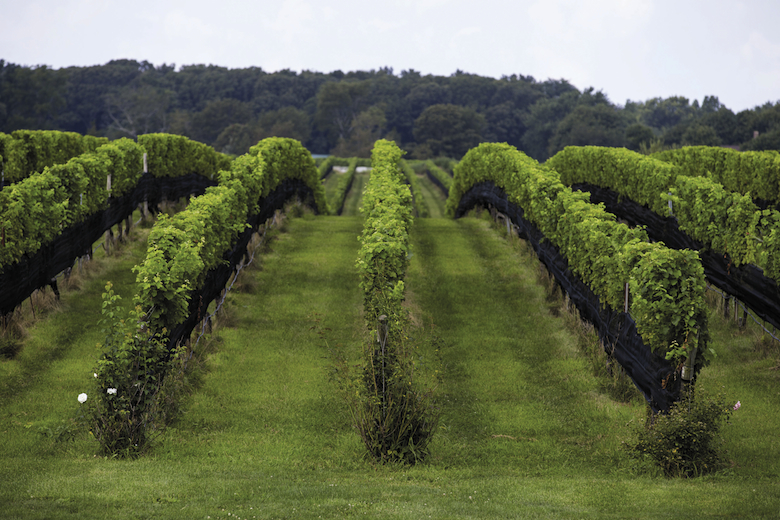 “If your actions inspire others to dream more, learn more, do more and become more, you are a leader.” —John Quincy Adams

Since 1973 many people have left their mark on our local wine region and helped to make it what it is today. With only a 43-year history, our present wine-growing district is only an infant compared to most other regions in the world; the result is that many of the early pioneers are still with us. Some stayed for only a short time while others have had a long-lasting impact. All helped to make up the historical terroir of the East End.

One such person is William Sanok, who served as the agricultural program leader for Cornell Cooperative Extension (CCE) of Suffolk County for over 30 years and served as the main local field expert in grape growing for the first 15 years of our district’s development. 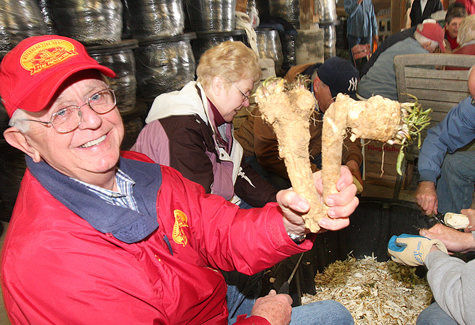 Originally from Orange County, New York, Sanok graduated Cornell University in 1962 with a B.S. in vegetable crops and, after a two-year stint in the military, applied for the position of assistant county agent at Cornell. He worked in the Finger Lakes for one year and was then hired to work as a vegetable specialist covering both Nassau and Suffolk counties.

Sanok was here during the earliest days of the region’s formation and was very influential in our development as a world-class wine region. He retired in 2003 and is also my neighbor. I thought I’d ask him a few questions about his time working for the local wine industry.

Edible East End: How did you get involved in the local wine industry?
William Sanok: In 1967, Suffolk County funded a vegetable specialist position. I was hired and moved to Riverhead. One thing that was the most appealing was the opportunity to be involved in planning and conducting applied research at the L.I. Vegetable Research Farm. In the late 1960s there were predictions of a world shortage of wine as demand was increasing. There was interest in grape growing on Long Island but mostly discussion and no plantings of grapes except for some table grapes at Wickham’s.

EEE: What was your first experience with local vintners?
WS: In the spring of 1973, Alec and Louisa Hargrave bought the potato farm in Cutchogue and asked about the chemicals used by potato growers and how they might affect their grapes. No one else on the staff was interested in grape or wine production, so I assumed the grape program for the Cooperative Extension. Although I did not work with any grape growers when I was in the Finger Lakes area, I was aware of the industry and knew some of the extension staff and growers there. The stars came together.

EEE: In your opinion, what influenced the growth of the local wine industry in the 1970s?
WS: There were a number of things. First, the USDA and state agricultural experiment stations recognized the potential for grape and wine production and many developed or expanded research and extension programs. This was true for the NYS Agricultural Experiment Station at Geneva and the oenology programs soon followed.

The first grape trials were planted in 1974 at the Cornell Research Farm in Riverhead and many visitors came to see what we were doing. In 1972, John Klein became Suffolk County Executive and one of his first actions was to appoint a committee to look at ways of preserving agriculture in Suffolk County. The committee recommended a program to purchase development rights and have the farmer retain the agricultural rights. Farmland preservation has since received great support at several levels of government and certainly by county residents.

EEE: You were very involved in some of the early research on Long Island grape growing. Tell us a little about that.
WS: The Hargraves first came to Long Island at the urging of Professor John Tomkins, the small fruit specialist at Cornell, and planted their first vines in 1973. We had many visitors in those first years. These included specialists from California, Virginia and Pennsylvania. Dr. Konstantin Frank came to Long Island several times to see our development.

Cornell viticuluralist Dr. Nelson Shaulis started from the beginning. He was reluctant to get involved at first, but by the second or third visit he became very enthusiastic. He took the lead in developing an initial pruning trial at Hargrave’s vineyard and a small variety trial at the Long Island Vegetable Research Farm. For various reasons these trials were of limited value except that as a learning effort for me and others they were very useful. They proved that we can grow many different grapes successfully on Long Island even with limited knowledge and many mistakes.

EEE: How did you assist grape growers during those early days?
WS: As more grapes were planted, Dr. Shaulis continued to travel to Long Island to help me and others. A core group of growers would meet regularly with me at Mudd’s Vineyard to interact and to learn from each other. These included Dave Mudd, Ray Blum, Kip Bedell, Pat Lenz and Alec Hargrave. It was very satisfying and important for good extension education programs to have this core to support and guide the effort.

In the 1980s I worked with representatives of the grape and wine industry to provide support for CCE and the industry so that the Suffolk County legislature could fund an agent-level position. Jeannette Smith was hired and later replaced by Alice Wise. Both have done tremendous work.

EEE: How did your work with grape growers evolve over time?
WS: As time went on, although I no longer worked with the trials and growers directly, I became more involved with promoting agriculture in general. The wine industry obtained grants and donations to hold special seminars and tastings such as the “Merlot Conference,” when we brought over several experts from Bordeaux. Promotions in New York City were held at Windows on the World at the World Trade Center and other venues.

EEE: What do you think about when you look at where the industry is today?
WS: When looking at what has happened over the past 40, 45 years, there were many things that influenced agriculture and the changes that are still occurring. It is amazing that our industry has taken on these challenges and sustained the dynamic community that we have today. The grape and wine industry is just one part of that community but an important part. When I talked with my counterparts around New York State, I am proud of how Suffolk County CCE responded to the changing needs of the farmers on Long Island. We can be proud of where we are today.

Thanks to the efforts of people like Bill Sanok, the Long Island wine district was able to thrive and grow. We’re extremely proud of his efforts to move our industry forward and in helping all of us grow better grapes and create world-class wines. We thank him for his leadership and his guidance in helping our early industry go where no one had gone before. He is a true pioneer.