Starting Lily’s Farm: On to the Next One

Before fall officially began, young farmer Lily reflected on summer’s end. Let’s travel back with her to before the Autumnal Equinox. 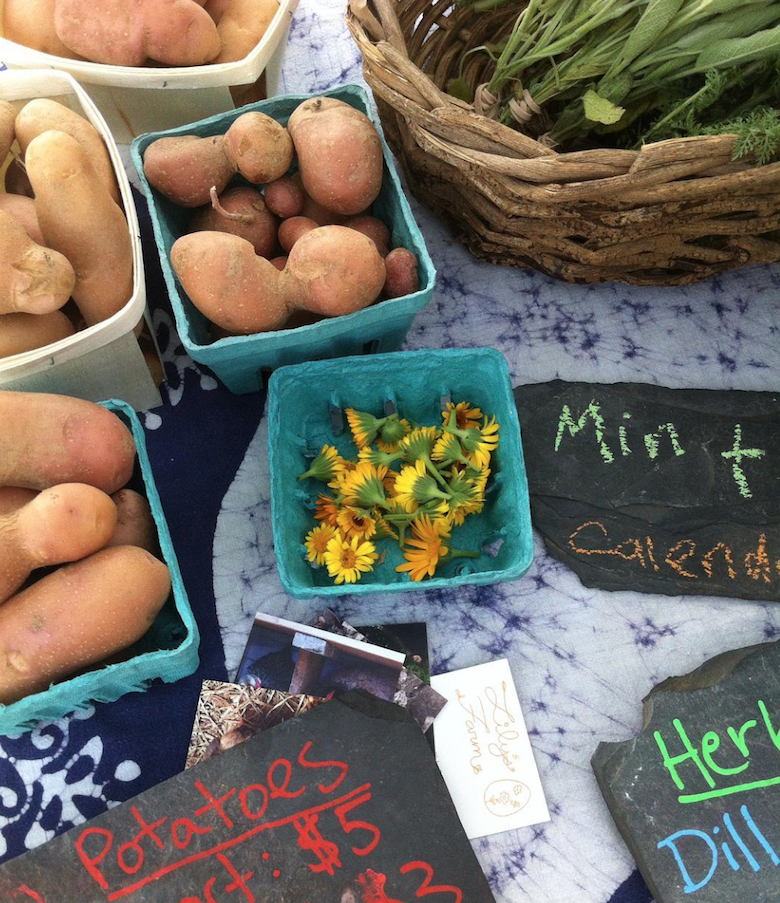 It’s not officially fall yet, but I can feel it coming. I hang on to summer until the official autumnal equinox, when the night is as long as the day and we won’t have more light again until spring. It’s still hot, but it’s more bearable, and my urge to swim is not as strong. In the field, some weeds are still towering, but at least they’re not getting taller too fast. The time has come to harvest storage crops that can feed us through the winter:  potatoes, squash, and beans. If I had to, I could survive on those, with some eggs and maybe a chicken thrown in for good measure.  There is something especially satisfying about harvesting something that will last, not a delicate green that you must protect from the sun and heat and immediately find a good use for, or even the delicious summer fruits that can be canned or frozen or fermented, but a hearty, hardy nugget of goodness that can keep for months or even years.

Ah, beans, the magical fruit. The tricky part about growing dried beans is deciding when to harvest them. You want to catch them at just the right time, when the pods are all mature and dried, but have not yet begun to shatter and spread their bean seed all around. In my experience, all of two seasons, this is hard. Not all the plants mature at the same time, and not even all the pods on one plant act in sync. Some start shattering while others are still green. Weather is another factor: you want the plants to be relatively dry when you harvest, to prevent rotting and molding. It’s a crapshoot, and like many decisions, must be made on the fly, and with a willingness to sustain some loss. Some beans have already dropped into the soil, while others may be too green to dry properly. You can’t win them all. Maybe one of the lost ones will sprout a giant beanstalk, you never know.

I love that the bean is the seed. So I can eat it, or I can plant it (or trade it for a cow!). I don’t have to decide right now. I can see how hungry I get this winter. Some of my dillseed has dropped and already sprouted baby dill seedlings. Which is convenient, since I was planning to plant another round of dill, since it likes the cooler fall weather, but hadn’t gotten around to it just yet.  Thanks, mama nature! A few of the peas that I missed collecting for seed have also sprouted, confirming my thought that that would be another good fall crop. Gotta put that on the agenda for next year.

It’s the time of year for making plans for the next season, letting go of summer, and planting fall greens. They’re growing slowly, but they’re growing. Fall will come, and we will savor the crisp air and the crunchy lettuce. I’ll use some of those coming dark hours to crunch numbers, clean seed, cook, sleep, and dream.