Meet the Two Women Behind One Woman Wines

A mother and daughter team is making magic in Southold. 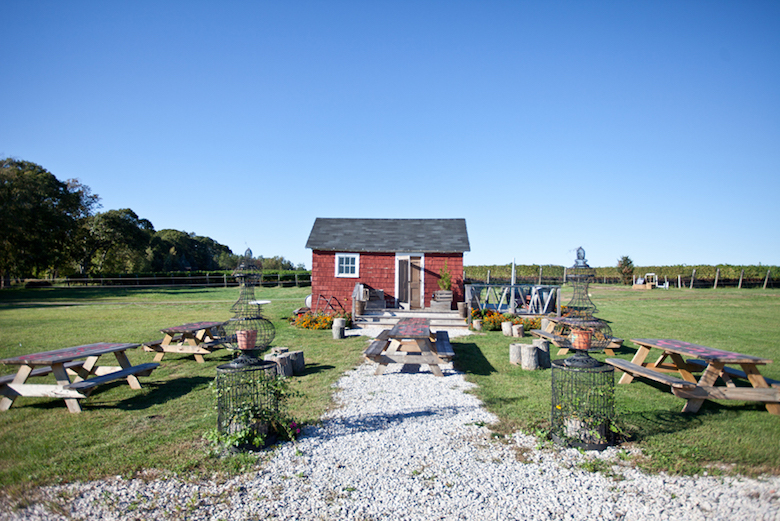 Gabriella Purita and her mother, Claudia, sat doodling designs for their newly minted One Woman Wines when Gabriella remarked, “It looks like a woman who doesn’t know what to do with her life,” while contemplating the W she drew with an O on top of it. The two laughed at the thought but the design stuck, taking on various meanings, such as a sun rising over grapevines, but that initial reaction remained as the duo forged ahead in building their vineyard, and relationship, out in the quiet beachside town of Southold, miles away from Claudia’s home of Calabria, Italy. 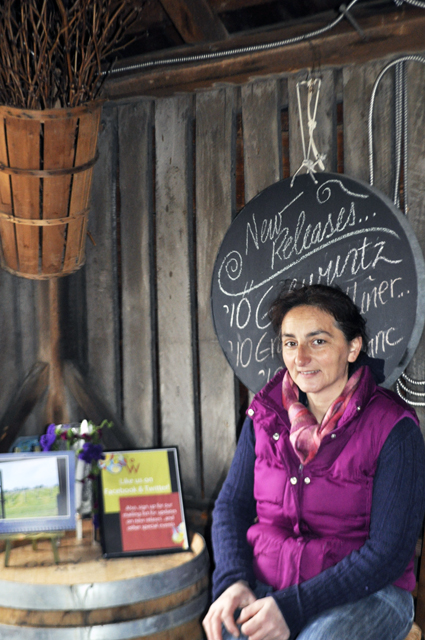 Claudia Purita was born and raised on a farm in Calabria where she and her six siblings were raised with the understanding that if you want something, you need to grow or raise it yourself. Her older siblings tended to livestock while Claudia thrived alongside her father in the family’s small vineyard. She learned the entire process of winemaking at a young age but when her family left Italy for Long Island’s Nassau County, she moved indoors, behind a stove. Though she took a brief break from wine, the value of hard work was embedded in her core. For years, Claudia worked 19+ hour days in one of her family’s several restaurants. And as Claudia worked behind the scenes making each dish memorable, her daughter orchestrated a memorable experience by serving and bussing tables.

This rhythm that the pair found themselves in at the restaurant worked. It was Gabriella’s way to remain close to her mother, whose long hours made it difficult for traditional mother-daughter bonding. In 2001, when Claudia’s father passed away, she found herself at odds with her work, wanting to honor her father’s work but desperate for a change in view. At the same time, a potato and melon farm across the street from the family’s Southold home came up for sale. For the Purita women, it seemed like the right time for a change.

In buying the land, Claudia intended to plant a single acre of grapes in tribute to her father. But, ever the overachiever, as her daughter noted, she finished the first acre and said they “might as well keep going”. Gabriella, a teenager at the time with no extensive knowledge of farming or winemaking, saw this as an opportunity to spend more time with her mother. They planted those first few acres together—six altogether—and kept planting over the years, now covering 36 acres of land with 13 varietals that run from the road to the sea. Their first summer was also the summer of rolling blackouts throughout Long Island, where the heat of the indoors was too much to bear and there was little else to do but work their land. So, Gabriella helped her mother meticulously plant their perfectly aligned rows of grapes, shuttling water from a hand pump back and forth across the vineyard every hour because there was no proper irrigation at the time.

Six years later, the women set out together again, this time for their first harvest, which was their most memorable according to Gabriella. “There was not as much acreage at the time, so we weren’t rushing. It was rewarding to take care of the grapes for so long. To be able to harvest and taste something you spent for six years prior was really special.” Every harvest since is still just mother and daughter and “the unlucky family member we recruit”. Gabriella and Claudia are in the field from 4 am until 2 am the following day, delicately harvesting grapes for their six wines available to the public. The two behave as one for over a month, until Claudia is ready to harvest her reserve grapes, which all else are forbidden from touching. “Her Estate Reserve wines are literally fenced off,” says Gabriella.

But all of this will fall at Gabriella at some point, who for now is happy to bring the same level of order to their tasting room, which is a modest tool shed with wrap around porch. She doubts that her mother will ever retire, crediting their Italian upbringing with working until you can’t physically work anymore. But should the day come, it fortunately will not be baptism by fire for Gabriella has maintained a close vantage point of her mother’s work, even if sometimes without her noticing.