6 Places to Eat During the Hamptons International Film Festival

Watching movies will make you hungry. Here are six places to eat during the East End’s biggest film fest. 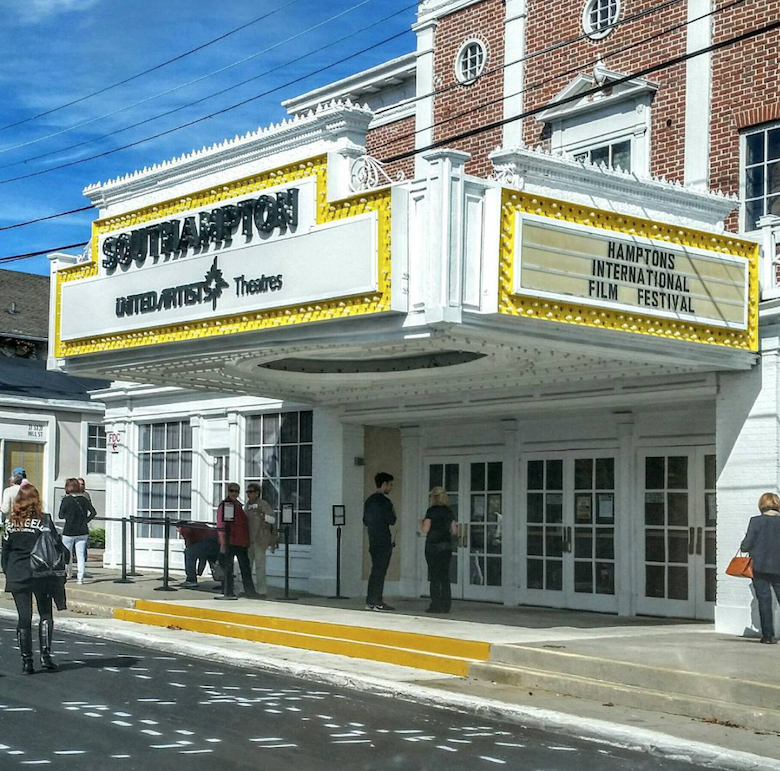 Hollywood descends on the East End this weekend in the form of the 26th Annual Hamptons International Film Festival. This celebration of independent films, shorts and documentaries is a feast for the eyes and senses. It’s also a great opportunity to feast at some of the Hamptons’  best restaurants. Whether you’re looking for a quick bite before a movie screening or a leisurely meal after a film, there’s sure to be something to meet whatever you’ve got a hankering for. Here are six Hamptons restaurants to hit during the Hamptons Film Festival.

If you’re looking for something with a little spice or perhaps you’ve just seen the new Pedro Almodovar film, the family melodrama “Julieta,” try Estia’s Little Kitchen. Specializing in Latin American cuisine, using local fish and vegetables, many of the menu’s vegetables are harvested right from the Little Kitchen garden. For lunch, try their chili chicken taco salad or the wild shrimp quesadilla with shrimp, cilantro, onion, and pepper jack cheese. For a light dinner their turtle rolls, which are a flour tortilla with black bean puree, avocado & napa cabbage, are sure to please, or go for the green chili steamed mussels. As a main course indulge in the paella with andouille, chicken, shrimp, local fish & little necks.

Whether popping in for a quick snack, having a light meal or just grabbing a cup of Joe, the Golden Pear Cafe, a Hamptons institution, delivers. Serving a diverse and affordable menu that includes breakfast, lunch, healthy spa dishes as well as daily specials, it’s easy to see why the Golden Pear is a go-to destination for locals and visitors. With most of the festival screenings starting late afternoon or early evening, all three Pear Cafes are within walking distance to the theaters and offer a lot of variety. For lunch try soups like the butternut squash with apple or tackle one of their namesake sandwiches like the Southampton made with all-natural, roasted turkey, herb brie, honey mustard, lettuce & tomato on french bread. This is also a traditional Sunday brunch destination in the Hamptons, so drop in before heading to the theater. They even offer soup and 1/2 sandwich combos for when you can’t decide.

The summer crowds are gone and now’s a great time to try one of the Hamptons’ preeminant gastronomic experiences. Nick & Toni’s menu is legendary and the perfect destination perhaps after seeing festival entry “Jeremiah Tower: The Last Magnificent,” the Anthony Bourdain produced documentary about America’s first celebrity chef. Start with the seared Hudson Valley foie gras on corn pancake with fig jam. Move on to the house-made artichoke ravioli or wood oven roasted whole fish. Finish with their Bomboloni, with almond cream, roasted plum compote, and frozen yogurt. Stop in for Sunday brunch before a screening; the menu includes salads like the kale Caesar salad with garlic croutons and shaved grana padano cheese, or order a pizza from their wood-burning oven, like the Uova, made with fontina, smoked bacon, roasted pepper, potato, and organic eggs.

Open late and right in the heart of East Hampton Rowdy Hall is an easy, casual place offering stellar pub fare. Stop in for a quick bite before a screening or discuss a film over a late dinner.Their snack menu includes treats like jalapeno poppers and fried oyster tacos. The dinner menu offers everything from burgers to salads, seafood to soup. Try their grilled hanger steak with baby spinach, mushrooms, roasted red onions, a poached egg and vinaigrette or the fish and chips, which is a cod fillet cooked in a Guinness stout batter with house made tartar sauce and hand cut fries. In conjunction with the Film Festival, Rowdy Hall will host moderated conversations with guest film artists every morning of the festival, beginning at 9:30 a.m. Coffee and a light breakfast will be served free of charge. So come and enjoy some morning movie talk with your breakfast.

Here it is! Our new home… we are all very excited to announce we are where the Driver Seat was. 62 Jobs Lane Southampton ! Stay tuned for the opening day. #southamptonpublickhouse #craftbeer #newhome

A post shared by Southampton Publick House (@southamptonpublickhouse) on Apr 17, 2016 at 12:06pm PDT

For good solid American fare and some great locally brewed beer, nothing beats Southampton Publick House. In their new location on Jobs Lane they’re within walking distance to the theater. Serving both a lunch and dinner menu, the kitchen stays open till 10 p.m. during the week and 11 p.m. on weekends. Classic starters include a jumbo shrimp cocktail and firehouse chili and you can have your wings prepared three different ways; Buffalo, BBQ or Thai. Along with their 8-ounce sirloin burger and fries, some of their other casual favorites include a pub steak sandwich, a crab cake sandwich and fish tacos. You will not walk away hungry from here. Don’t forget about their award-winning beers, which include seasonal brews and farmhouse ales.

Just a few blocks away from the Bay Street Theater is the new Wolffer Kitchen. Serving modern American cuisine with a Mediterranean influence, their starters make for good quick fare when you’re on your way to a screening. Try the grilled flatbread with marinated olives, housemade hummus or the nosh board, offering cured meats, cheese, and seasonal vegetables. As a main course their steak frites, which is grilled angus sirloin, Wölffer Merlot bordelaise, served with french fries, will please or the butternut squash ravioli with tuscan kale, walnuts, sage, and limoncello brown butter, for heartier fare.