If you have the freezer space, run (don’t walk) to your farmers market or garden and load up on summer tomatoes before it’s too late! 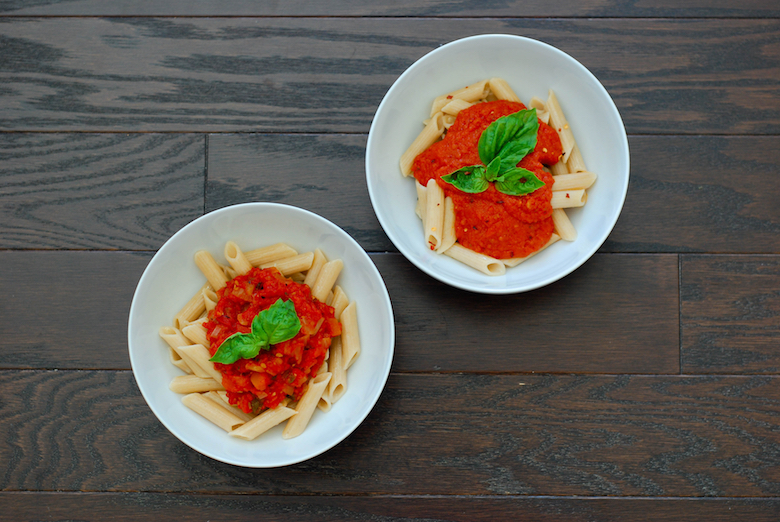 I grew up playing between the rows of corn and tomatoes in my grandfather’s garden, running my hands through the green leaves as my feet kicked up the soil. At 93, my grandfather’s garden is now a single tomato potted plant in his front yard, but the tradition lives on in my parents’ backyard. Every year I watch as my parents harvest buckets of sweet tomatoes, crisp cucumbers, enormous zucchini, and deep green herbs. Every time I pick a tomato, I’m transported to my grandparents’ Italian kitchen, where I watched my grandfather make tomato “gravy” for the first time, letting it slowly simmer for hours until it was just right. I was mesmerized at how cooking these red fruits for a few hours could yield such an amazing sauce. His marinara sauce was the first recipe I learned, and I try to recreate it with tomatoes from my parents’ garden or the farmers market as often as I can.

I recently purchased a few boxes of “dent” tomatoes from a local farm with the intention of making sauce. The makings of a rich and sweet tomato sauce isn’t a 30-minute meal type of deal, so I wasn’t sure what to do when I realized the 40 pounds of tomatoes I purchased would go bad by the time I had a chance to cook them. I remembered my uncle and grandfather telling me about freezing whole tomatoes in the height of the summer months when they were overrun with tomatoes from their gardens, but I was fairly skeptical. With no other option, I washed and dried the tomatoes, stuffed them into freezer plastic bags, and popped them in the freezer. A week later when I was ready to make sauce, I let the tomatoes defrost for a few minutes and then the skin just peeled right off! Usually, I would blanch tomatoes and then put them in ice water to remove the skins, but the freezing method is so much easier. Then just chop the tomatoes and throw them (seeds and all) into the pot. If you have the freezer space, run (don’t walk) to your farmers market or garden and load up on summer tomatoes before it’s too late! 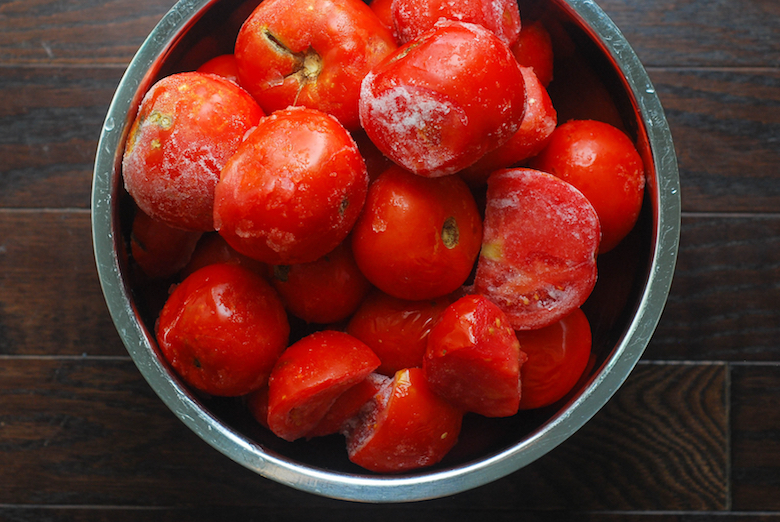 This sauce can be left chunky and rustic after cooking, or you can use an immersion blender or other type of blender to make it smooth. I usually can’t predict what I will be in the mood for, so I leave half chunky and blend the rest. Hope you enjoy! 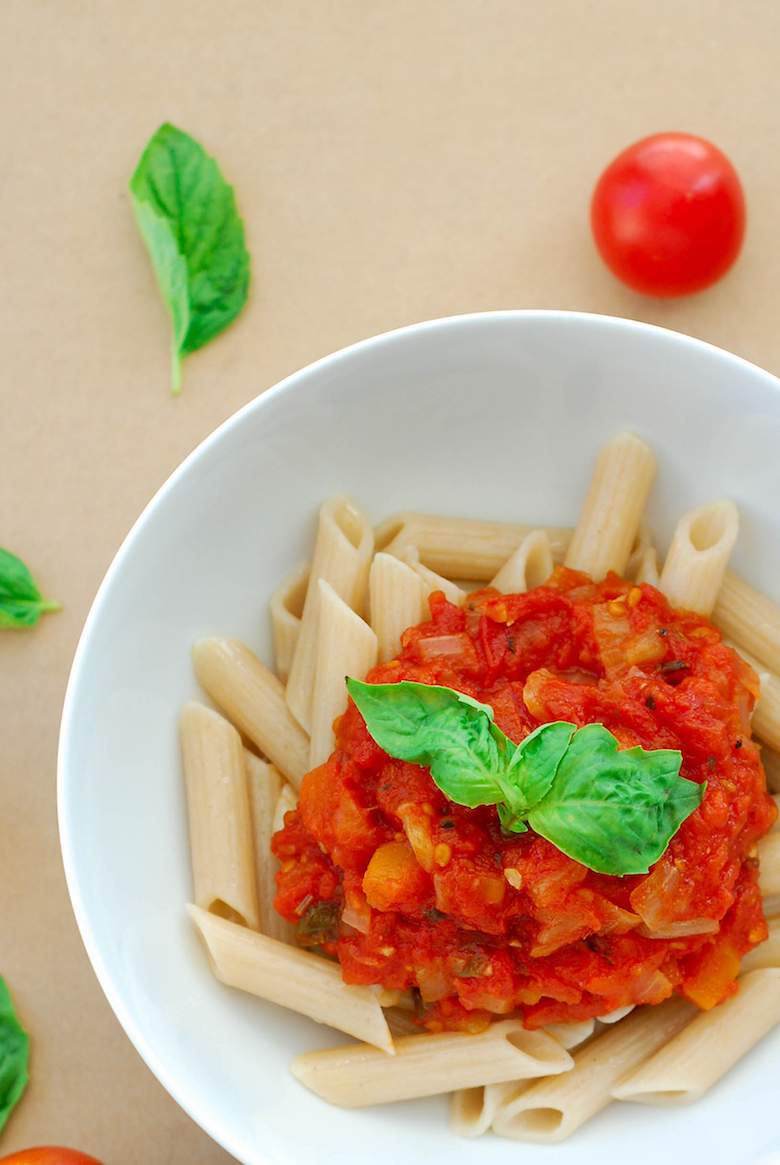 Method:
In a large stock pot, heat olive oil on medium heat. Add the onions and let them cook for 15-20 minutes, stirring occasionally until the tomatoes are soft and nearly translucent. You may have to lower the heat to ensure the onions don’t burn.

Adjust your heat to medium-low, add the garlic and cook for 2-3 minutes (or until fragrant) and then add tomatoes. If you are using tomatoes from the freezer, you can chop and throw them in while they are still mostly frozen. Turn the heat to medium-high and cook until sauce starts to bubble, about 20-30 minutes, depending on if your tomatoes were frozen. Reduce heat to medium low, add dried herbs and half of the salt and stir. Allow the sauce to simmer on the stove top at low/medium-low heat for 2-4 hours, or until the sauce has reduced by around half.

Taste the sauce and add the remainder of the salt (feel free to add additional salt, if needed), chopped basil, and black pepper or chili flakes. Let simmer for another 5-10 minutes. You can either serve the sauce as is, or puree the sauce to make it smooth (I used an immersion blender). Serve over pasta, meatballs, or let’s be honest, eat with a spoon.