Sometimes you just have to let the weeds win. Here, young-farmer Lily takes us to where the wild things are. 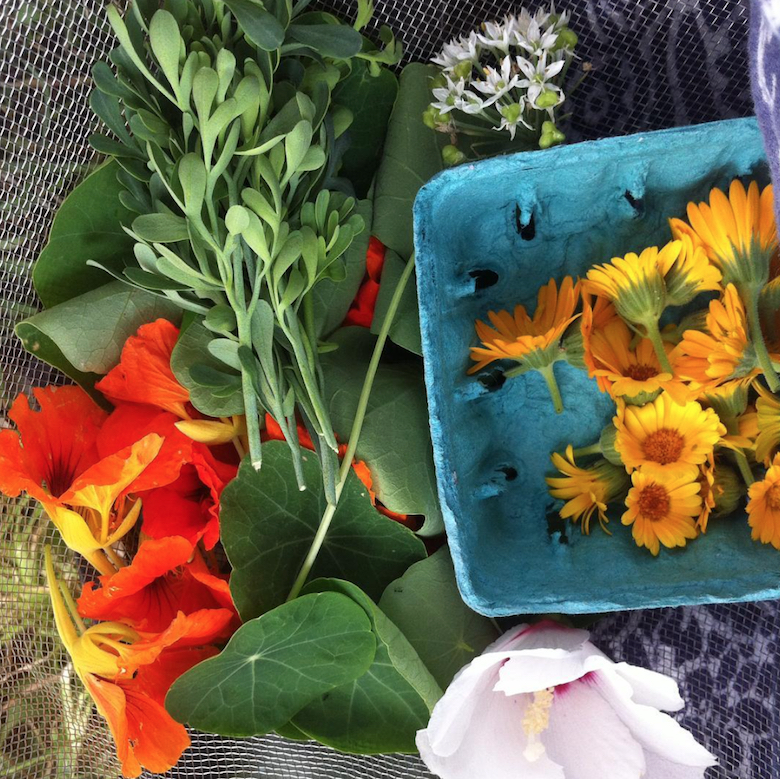 The weeds are taller than I am now. But I feel like I have a chance in this battle. I have extra hands in the form of young, strong WWOOFERs, who say things like, “We’ll stop when we fall down.” We’re making progress, weed by weed. I found kale and snapdragons I’d given up on. When I crouch down to make sure I’m not pulling anything I want to keep, it really does feel like a jungle. The tall grass towers over me. There are lots of interesting insects — earthworms, fuzzy caterpillars, squash bugs and grubs. Something I haven’t identified yet has a sweet, fruity smell. It’s actually pretty shady and cool in the jungle, which is a nice change.

The house in which I grew up in Greenport Village didn’t have much of a backyard.  It was a converted laundry on which my parents had added a deck to the second floor. There was a wild space underneath that we called the Jungle. There was a swing underneath and a basketball hoop off the side. I remember playing with roly-poly bugs in the dirt and drinking the nectar from honeysuckle flowers. A mimosa tree grew next door, and I loved pretending the blossoms were brushes for putting on makeup. I have always had a love for wildness and for making do with what is.

My current neighbors might not appreciate this, since right now my idea of landscaping is allowing the pokeweed, wineberries and yarrow to flourish in my yard. There is a grand plan that involves rain gardens with native and edible plants, but I’m not quite there yet. These days it is a struggle to even think about mowing the lawn. A friend just suggested growing hay, and I considered it.  That probably won’t happen (don’t worry, neighbors!) but it’s tempting.

Summer’s not over, but it’s getting close.  Luckily, mother Earth is generous this time of year. Along with all the volunteers, there are potatoes, okra, tomatoes, squash, and herbs thriving in the field. There are coriander, chrysanthemum, calendula, and chamomile seeds to be collected and saved. Still so much to do, but also a chance to enjoy the jungle, and, as much as possible, escape to the sea.