Duryea’s: To Market, To Market in Montauk

More than a few Edible favorites are on the shelves at this new market in Montauk. 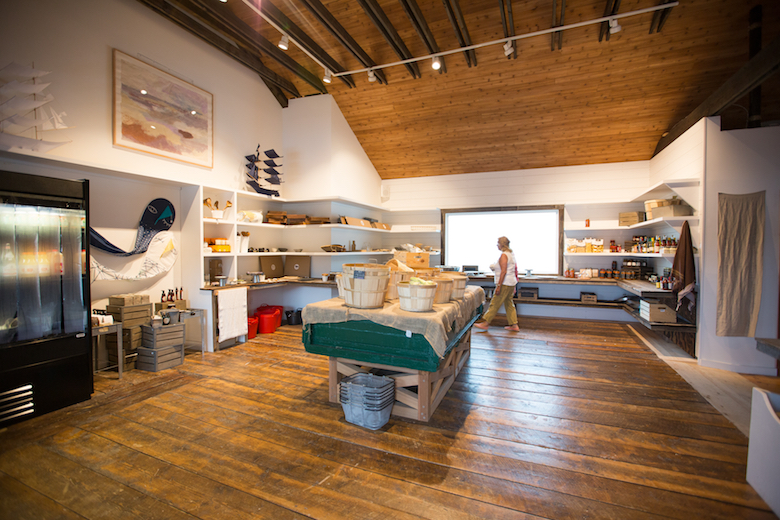 Duryea’s retail market popped up quietly this summer, next door to the Lobster Deck and retail fish market and with plans to stay open through the holidays. Fashioned like a farmers market on Fort Pond Bay, originally the building was used as an icehouse.

A monster ice-machine cranked out 300-pound blocks of ice for fishermen from 1939 to 1996, the constant noise akin to the light on the lighthouse. But just as the lighthouse light has been dimmed, the diesel 1929 “Atlas-Imperial” became obsolete.

Most recently an art gallery, the retail space is one of the most gorgeous on the East End. The perfectly aged floorboards and picture window looking to the bay and pristine dunes beyond is to die for, never mind the mind-blowing array of local provisions.

Duryea’s retail manager Sonia Machalica first visited Montauk eight years ago. It reminded her of her homeland in Poland. “It must be amazing to live here,” she remembered thinking. Little did she know that she would end up raising her child and working there full time. 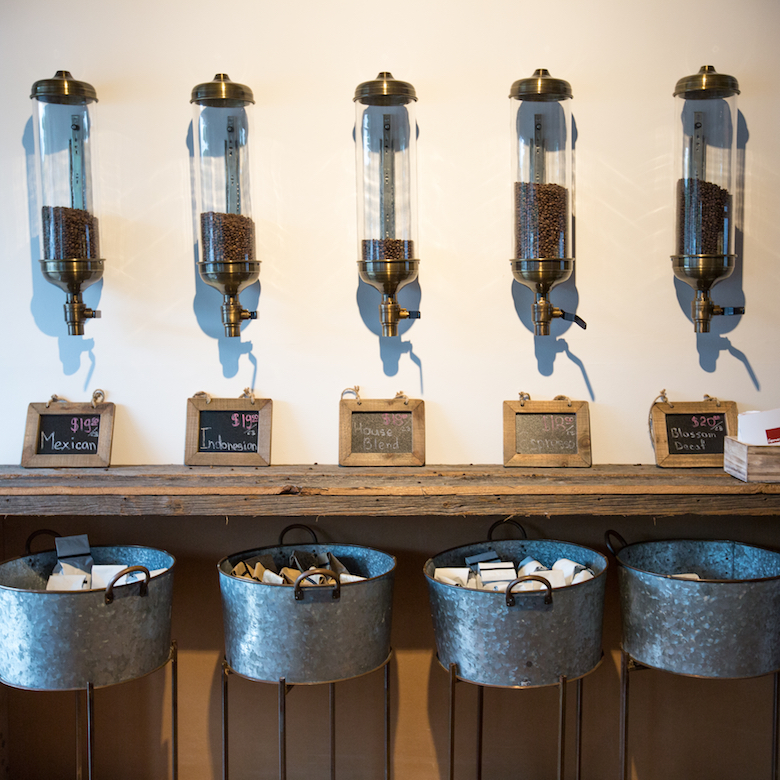 “Our tea program is from Southampton,” Machalica said, entering the airy yet rustic space.

Their cup of joe is from Coperaco, “a boutique micro-lot roasting company,” founded by coffee grader and roaster Johan Pesenti in New York City three years ago. It goes down well with a surprisingly light, super fresh cinnamon bun from their pastry case.

Sweet’tauk lemonade, made right in Montauk, is stocked, as is BAO (Badass Organic) kombucha from Long Island City, Bruce Ginger Ale from Brooklyn and Greg Broom’s cold-pressed MixCraft mixers, which contain no chemicals or added sugars, just juice, including cucumber-basil, pineapple-ginger-mint and watermelon-habanero, so you can add fresh flavor to spirits without the fuss. 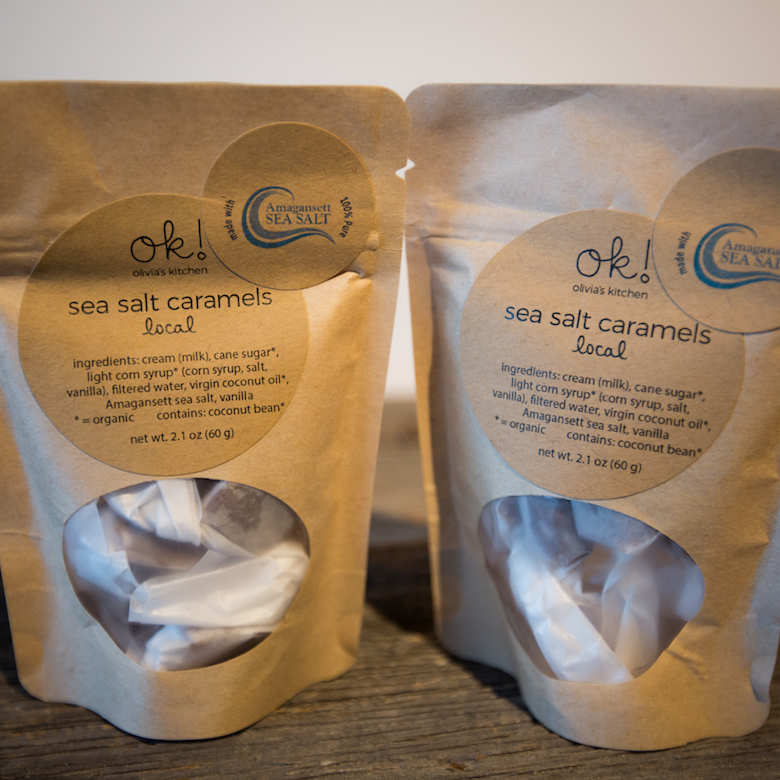 In a retail industry coup, the market also stocks Payard chocolates, coveted by the fashionistas worldwide, thanks to a personal friendship between Francois Payard and upper management. I don’t care who, I just say, “Thank you. I now know what to get my brother’s girlfriend and my hairdresser.” 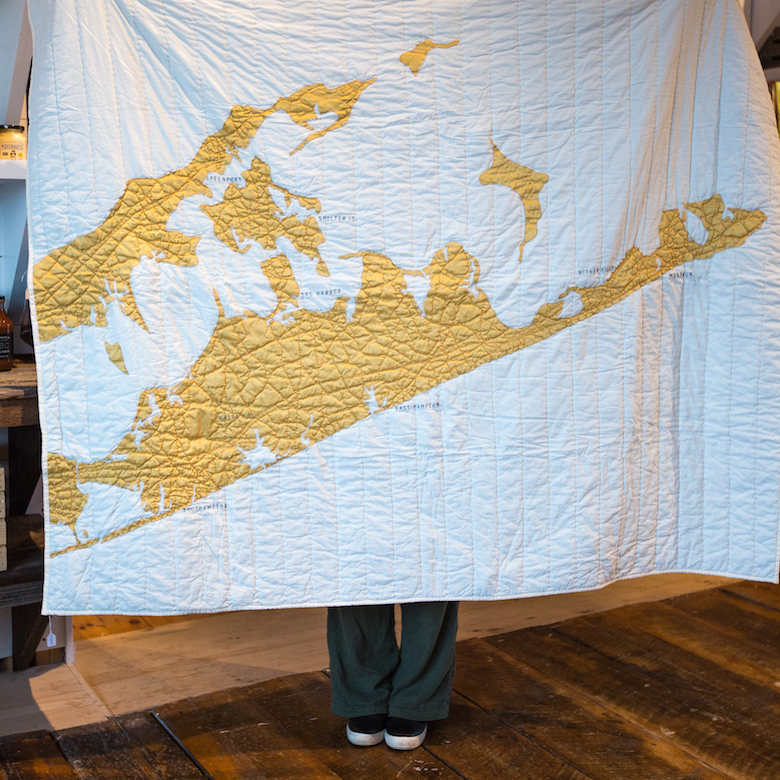 In the middle of the floor, Balsam Farms cantaloupe melons, Sungold tomatoes and corn are displayed in wooden baskets, with fall produce to follow.

Duryea’s even packages their own antipasto plate fillers, such as artichokes, “carcofi alli Romana,” along with a selection of tomato sauces and pastas from Italy. 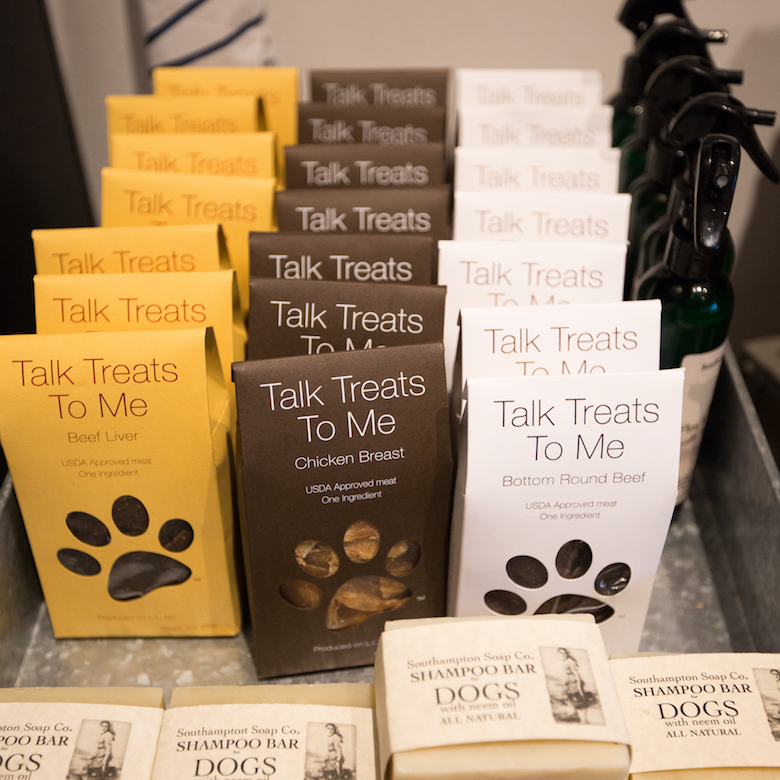 Duryea’s has not left anything or anyone out. Talk Treats to Me will keep even the family dog happy with Margaret and Bruce McDonough’s all-natural dog treats and Southampton Soap Company’s dog shampoo.

Flowers and dried lavender, a quilt with a map of Long Island, and kitchen utensils complete the picture. With the holidays right around the corner, Duryea’s will be my first stop, possibly my last.

But I still want to know what happened to the ice machine. “The old machine is in the back,” Machalica said. “That is my dream, to get that working.”