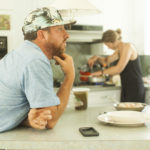 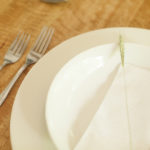 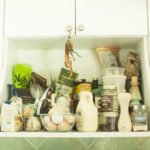 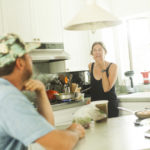 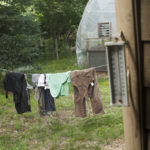 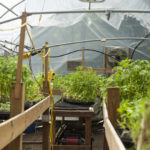 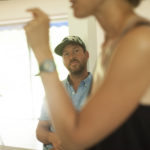 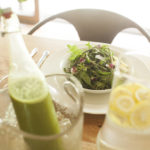 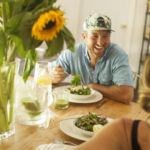 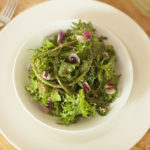 Lunch with Meg Huylo and Frank Trentacoste isn’t just about the right ingredients on the plate.

Huylo is a health-supportive-trained chef, master of vegetables and the East End’s go-to organic cleanse maker. She does clean food for everyone: those who eat spigarello and those who do spaghetti and butter only.

Trentacoste owns and operates the area’s most adorable and equally serious—it’s certified organic—farm stand, Bhumi Farms. It’s special for a million reasons, its CSA in particular, which allows members to pick what’s in their boxes and delivers to Manhattan, Brooklyn and around the East End.

Last week, I got to have lunch at the woodsy East Hampton home where they live. I pull up and Huylo comes out, all juice glow and bare feet. She fills a carton of eggs from their chickens for me and tells me how I should get some.

Let’s start with lunch, I think.

Inside, it smells like butter and garlic, and like fresh produce. Chef and farmer, respectively. Nice start.

Soon, Trentacoste comes in. He is squirming in his linen shirt. “The first time I’ve worn real pants in forever,” he says. Trentacoste and Huylo shine up nice, but it’s the first half-day they’ve taken off in forever, too. 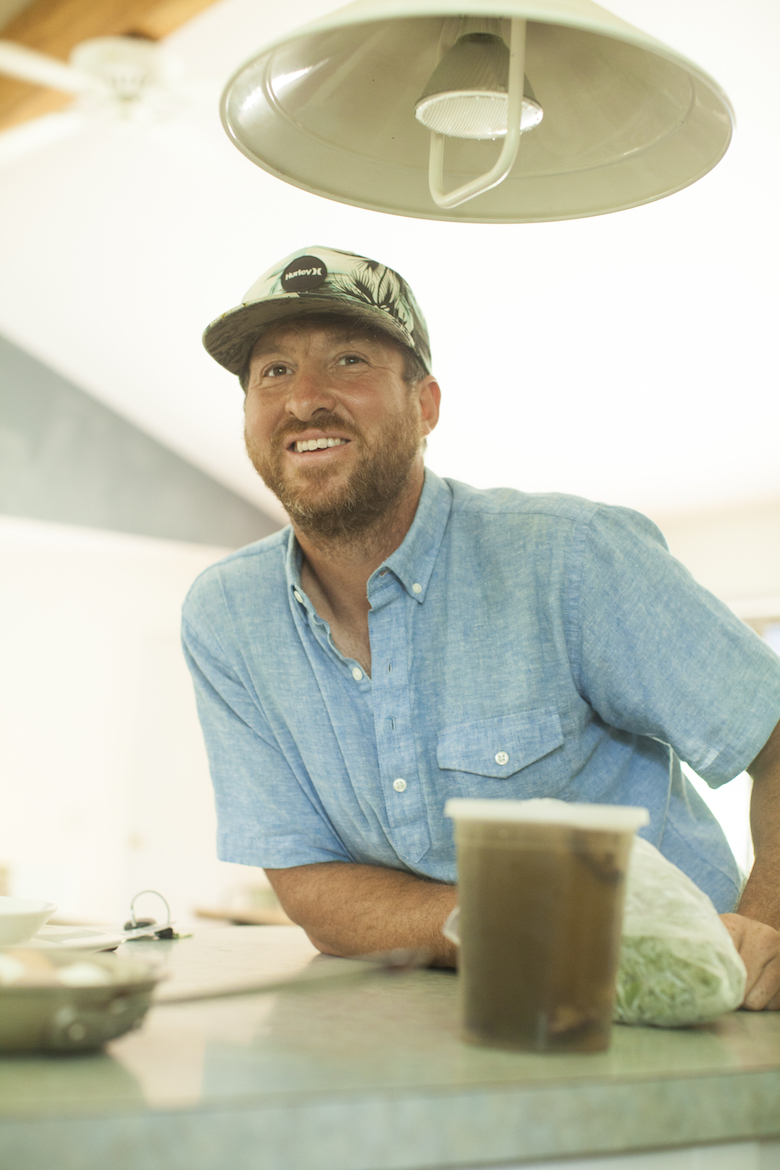 “Thank you,” I say, taking it personally, knowing how busy they are. Huylo teaches at the Natural Gourmet Institute, private chefs and caters. This summer, she’s supplying Bhumi’s stand with healthy for-sale eats (pie fillings, almond milks with aromatics from the field, ridiculously good vegan ice cream). She’s overseeing their dinners in the field, too, which are as gorgeous as they get and rapidly booking up.

Trentacoste is all-in in the fields and does their city deliveries, hustles to the North Fork for fruit, pies and flowers, manages the farm stand and runs the wholesale business and CSA.

And yet, you wouldn’t know the insanity of their schedules from here. Here: nothing but grace and ease. Huylo pours me a glass of tangy peach and zucchini juice. Trentacoste holds up some kaleidoscope kale to the light and noshes on peas. And it seems like they’ve got it down. More. Maybe it’s all the greens and dirt, I think, and help myself to a carrot “thinning.” Trentacoste explains their purpose. I half-tune out, but Huylo doesn’t. Maybe that’s the point. Why they’re good together. 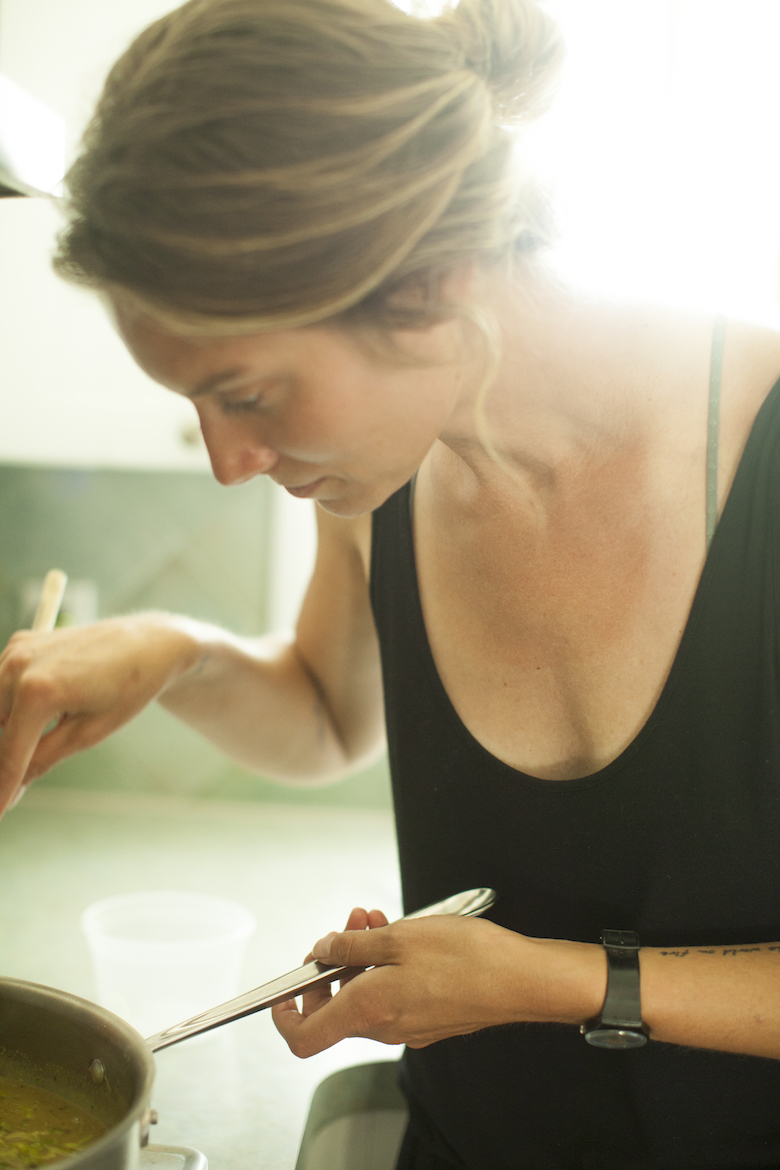 “I won’t work with anyone but him,” Huylo says. “Better growing means better tasting food.” Way better. And Trentacoste is meticulous about his practices. He eschews plastic mulch for paper and sometimes not even that. “It blew off some crops and something amazing is happening with no mulch at all.” Better.

They get giddy talking about crop selection this winter. “Meg knows what people like to eat,” Trentacoste says, “and I know how to grow it. We want to feed as many people the best food possible.”

And so, call it synergy between them. Trentacoste is all about nostalgia, community. Huylo focuses forward, on health, for example. We talk about how dinners in the field are a real representation of that. “They close the feedback loop,” Trentacoste says. “It’s where we put in our labor and see the fruits of our labor, too.” It’s also where lucky people get to experience the best of all that they do all at once.

Lunch has the same effect, I think, digging in. There’s bright kale salad with soft-boiled eggs from the hens and then so much flavor in the summer curry, loaded with baby squash, sugar snap peas, bok choy and garlic scapes that I think again about synergy. The vegetables are coddled by Trentacoste until they are coddled by Huylo, and that does something important and wonderful. And it shows.

And yet, it hasn’t always look like this for these two. Both Huylo and Trentacoste worked high-powered, high-intensity jobs in the city until they couldn’t stand it any longer. Trentacoste moved out here three years ago. Huylo in 2015. They were acquaintances before (Huylo was a founding member of his CSA; “There was nowhere to park on her block,” Trentacoste says), but they really connected out here.

And here, they are easy with each other, casual, so much on the same page and serious about what they do. And yet, not serious enough to not be thrilled about it. They are. You can see it on their faces when they talk about what’s next. 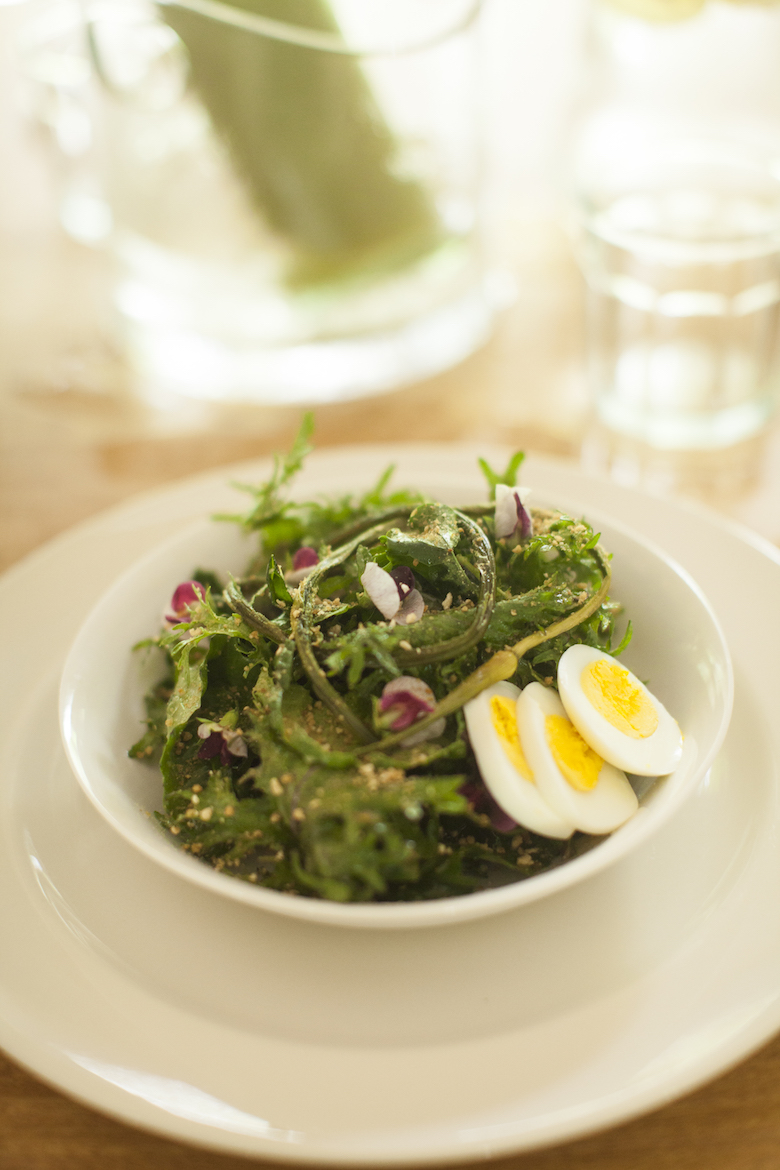 “We’d love to find a place where we can do what we want,” Trentacoste says. (They’ve come up against some difficulties with regulations and the town. They were forced to take down their “organic” sign and cancel a sons and daughters Waldorf School summer farming program.)

“A place with outbuildings,” Huylo says, “where we can have an educational program, restaurant, events, retreats.”

“I have an ill-fitting T-shirt that says ‘Farming Is a Public Service,’” Trentacoste says. “I understand all the rules and regulations, but agriculture should be supported in all ways. The town might come to regret it if farms like Bhumi have to leave.”

And let’s hope they don’t, I think to myself, cleaning my plate and feeling sated in a way that you don’t get from just veggies. Let’s hope that they just get to keep doing what they’re doing: here or somewhere else. More and plenty and always. That would be a real public service indeed.