Make the most of your local tomatoes with this Moroccan-inspired recipe. 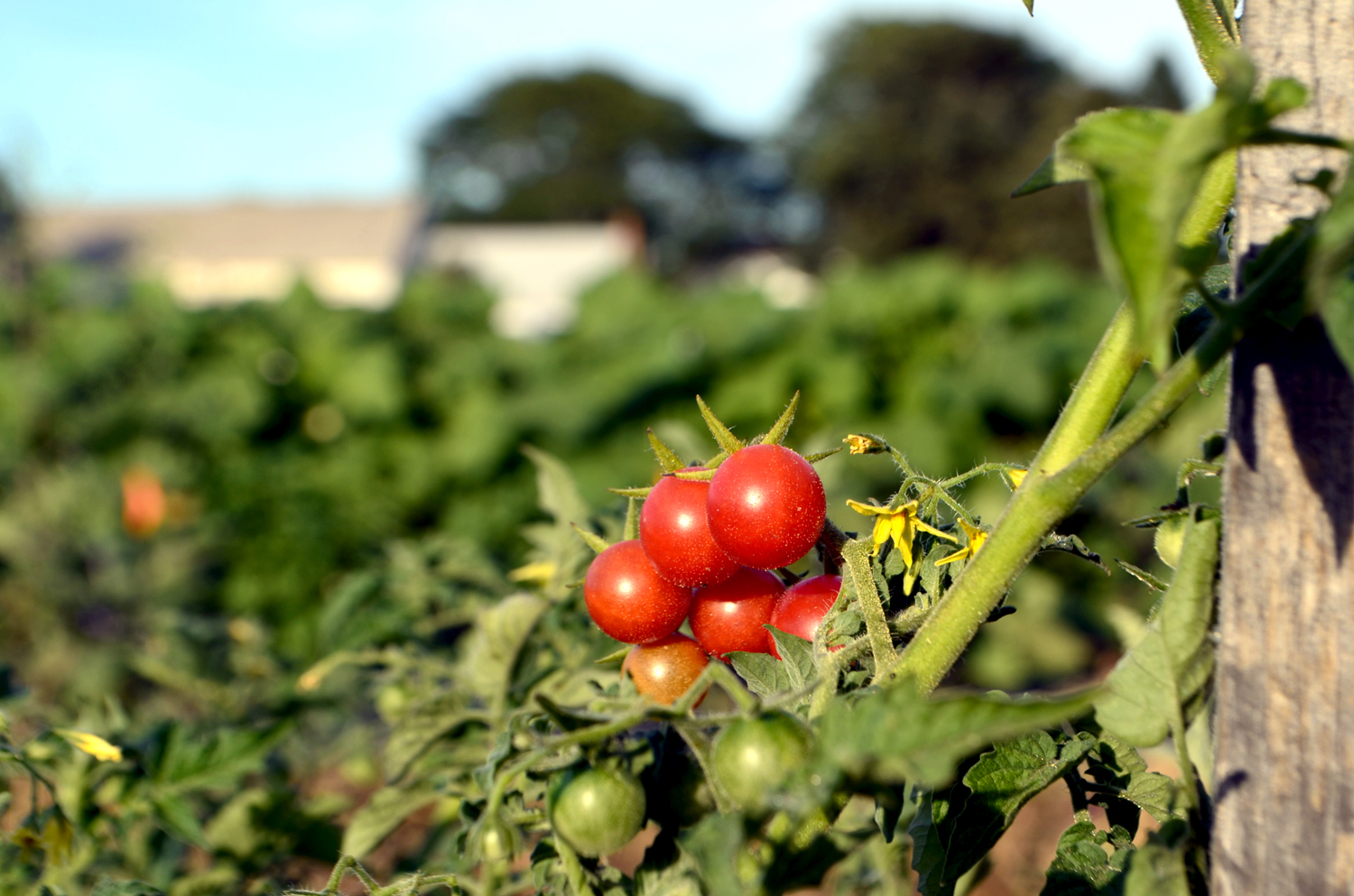 It’s that time again, the time of year for all the varieties of exquisite tomatoes growing on the East End. I won’t reference a certain Seinfeld episode (ok, I just did) but, really, there is a reason our “Hamptons Tomatoes” are so famous. They are incredible. Anyone I’ve ever met who claims they do not like tomatoes—and I’ve met my fair share of these naysayers—never grew up eating on the East End. Grown in the baking sun that reflects off the salted waters, our tomatoes are plump, juicy, and full of flavor. There is such a variety of these yellow, red, orange, green, and striped fruits (yes, they are fruits belonging to the nightshade family!) that do well on the East End. Now more farmers than ever grow heirloom varieties once thought lost to Eastern Long Island.

It might be obvious that I’m slightly obsessed with tomatoes. I sink into a winter tomato depression sometime in late December and do not emerge from it until about June when greenhouse tomatoes are available. But even those cannot compare to an earth-grown, local tomato.

There are so many things one can do with tomatoes, and I’ll post several of my favorite recipes over the coming weeks. The first, and my hands-down favorite tomato dish, is one I learned to make in France—no where near Westhampton, where I spent my childhood, though in spirit not far from Sag Harbor where I live now (True Fact: the great Georges Balanchine is buried in Sag Harbor because it reminded him of France). When my dear French friend and Paris roommate Isabelle LeMaitre made me this Moroccan-inspired dish many years ago, it was the first time I’d ever tasted that tangy-salty-sweet combination of flavors that characterize Moroccan and Southern Mediterranean recipes. It was a revelation. Never again would my table be empty of these flavors.

Each year, as tomato season gets into full swing, copious amounts of Isabelle’s couscous-tomato salad is created, eaten, and recreated. I never get sick of it, and miss it terribly in the off-season. When my family gets sick of eating it, I rejoice: more for me! Recently, I made a huge bowl of it, and took a container of it next day to the beach for lunch. After realizing I forgot to pack a fork, a friend suggested using a shell, to which my daughter reminded me, “it’s what they used to use a long time ago, Mama.” A quick rinse in the ocean, and I had my utensil and my couscous salad. All was right with my world. 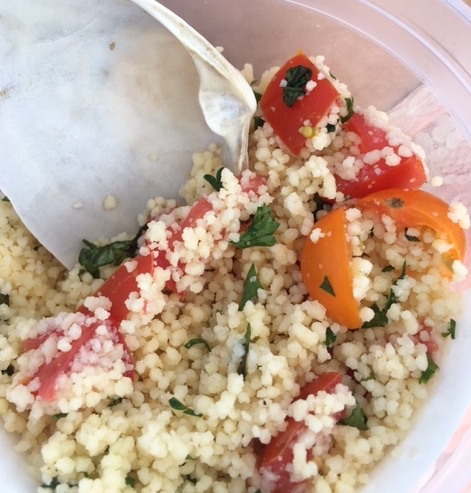 Put couscous in a large bowl, pouring water, olive oil, and lemon juice over it. Stir once quickly, then let sit for 20 minutes. While couscous rests, chop herbs and tomatoes. When couscous is puffed up and dry, fluff and separate with fork. Add all other ingredients and mix gently but thoroughly. Serve or keep in fridge up to five days.