Sea Bean Food Truck: Catch It While You Can (Preferably At our Food Truck Derby)

The struggle to find Sea Bean Natural Food Company’s food truck is real—but at our Food Truck Derby on Friday, August 19, the struggle will be over. 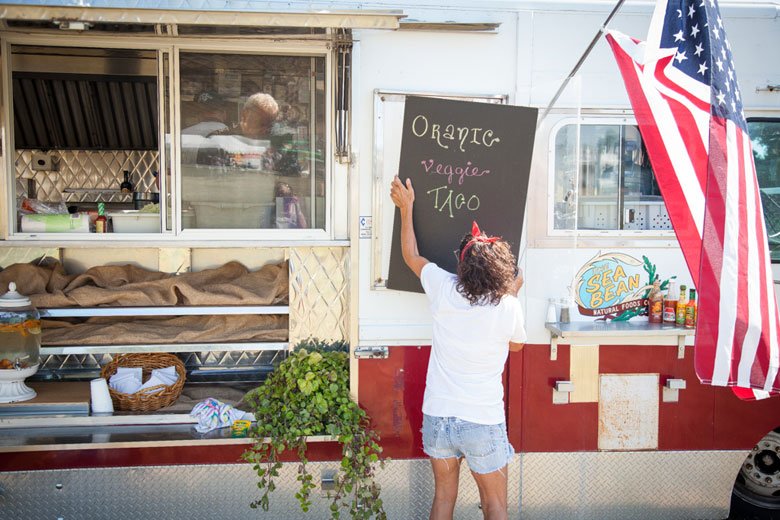 The elusive Sea Bean is hard to pin down. Like a siren of the sea, you just never know when it will slip out of hiding to catch you at your hungriest. If that happens, file it under “your lucky day.”

Owner-chef Shawn Christman likes to keep his fans on their toes. I first fell in love with Christman’s food at Eileen’s Angels benefit last year and have been chasing the Sea Bean down at various locations ever since.

After setting up a Kickstarter campaign to crowdfund his food truck, Christman won a coveted spot at Montauk’s popular surfing beach, Ditch Plain, only to find out his truck was two-feet longer than town code would allow. He rallied the town and changes were made to the code. In the end, however, he could not compete with out-of-town bidders for prime beach locations and continues to advocate for small local businesses.

On the bright side, he and his wife Courtney had their first child and while his wife taught during the school year, Christman stayed at home with the baby, at times, bringing her to work, strapped to his chest.

When he began serving lunch and dinner at Wolfie’s pub in Springs over the winter, I thought I had died and gone to heaven. Alas, that was short-lived, as was breakfast at the Amagansett Farmers Market.

Now, when he’s not catering parties, you may be able to find him at Gin Lane Beach during lunchtime and at Lion’s Field on Edgemere Street, conveniently located near Montauk Brew Company, closer to dinner.

The Sea Bean menu changes weekly depending on what Christman can get from his friends at Balsam Farms, Amber Waves Farm and Bhumi Farms.

Meats are “all natural,” antibiotic and hormone free, as in the empanadas, made with local wheat and organic potatoes. Recently they offered BBQ pulled chicken on panini or quesadilla with arugula, cilantro and pepper Jack cheese.

Check the Sea Bean’s Facebook page for updates (but don’t count on finding any).

So, catch him while you can at our Food Truck Derby. He’ll be serving mini fish and veggie tacos with charred scallion and roast jalapeño sour cream and heirloom tomato gazpacho with micro basil and Arlotta aged balsamic.

In the meantime, here’s a Sea Bean recipe to hold you over.

Salt and Pepper Calamari Salad with Pickles and Naam Jim 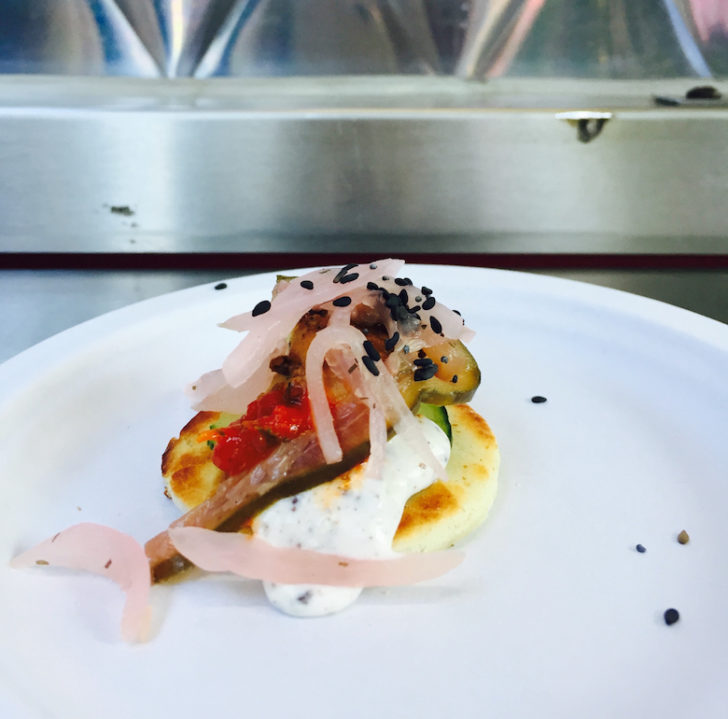 Blend everything except the chilies. At the very end, toss in the chills and pulse.

To assemble: Fry calamari and toss over fresh arugula, cucumber and pickled onions. Use the sauce as a dip or as a dressing.