What happens when two retired businessmen and a gardener extraordinaire acquire 4-plus acres of farmland, put up two hoop houses and hire a field manager to grow organic crops for local food pantries? Food Pantry Farm in East Hampton. 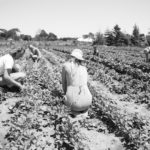 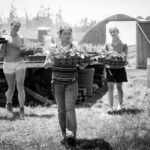 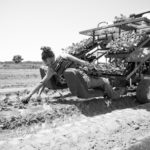 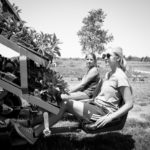 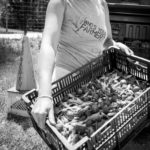 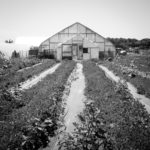 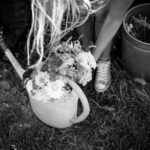 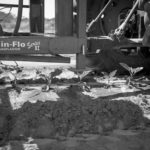 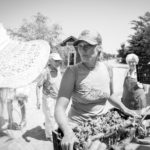 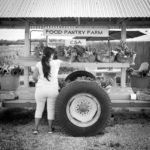 A member of the Food Pantry Farm CSA at Monday pick-up. 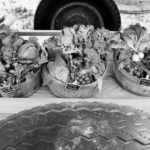 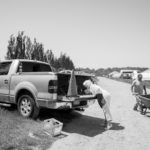 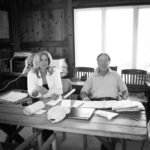 Members of the Food Pantry Farm board of directors, Marjorie Hays and Ira Bezoza. 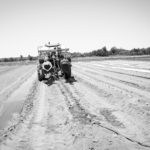 A lot has changed at Food Pantry Farm since I worked there as a part-timer five years ago. Two retired businessmen and a gardener extraordinaire acquired 4-plus acres of farmland, put up two hoop houses and hired a field manager to grow organic crops for local food pantries.

This season, they are growing like a weed, in the best way possible. They’ve added another half-acre, a greenhouse, six interns, two more managers, a farm stand, food products and best of all, a “Working Families” Community Supported Agriculture, or CSA, and are branching out beyond their wildest dreams.

“This weather, man. I don’t know how anyone survives this,” said CSA coordinator Melissa Mapes, 28, on a steamy day in July. At seven-and-a-half months pregnant, I’m not sure how she was surviving. 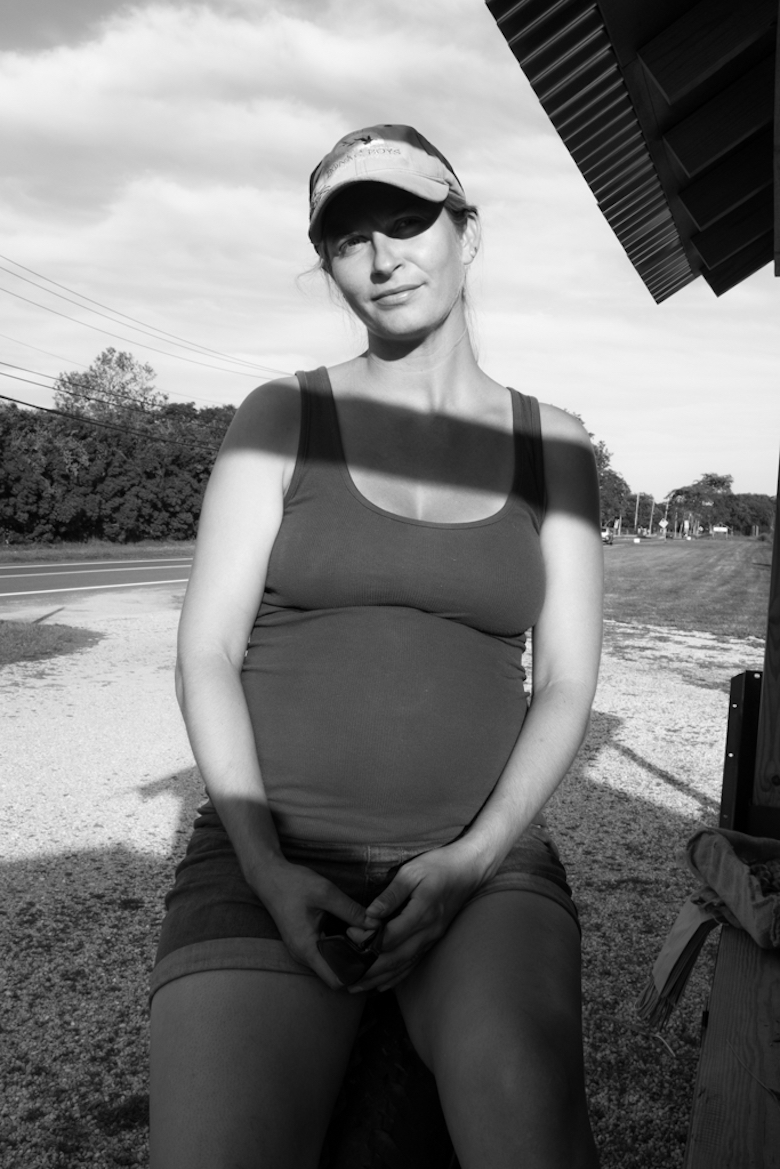 Mapes was instructing interns on where and how to set up the CSA wagon at the farm stand on Long Lane. “The interns are not only learning how to farm but learning the impact of what we’re doing,” she said, as they placed wooden baskets under little blackboards with each CSA member’s name written out in chalk.

Beans, beets, corn, cucumbers, dill, garlic and kale overflow from the baskets. “We try to put in little goodies each week,” said Mapes, “This week, it’s a coloring book.” Mapes also puts together a newsletter with practical and simple recipes using ingredients from the baskets, like corn off-the-cob, cucumber and sweet beet salad.

Twenty-five families were accepted into the pilot program, running June 27 to September 12. The membership fee of $150 is a fraction of other CSAs which cost around $600 to $800 for the season. Much like the farms that CSA members support, many families are also hard pressed for cash when CSA fees are due in early spring.

“It hits home catering to the middle ground,” said Mapes, who grew up in Whalebone Woods, “I’m a bub. I know how it is. I married a Miller, went to East Hampton High School. I’ve seen the disparity.”

“There’s some kind of pride in that, being a bub,” said farmstand manager Marielle Ingram, 30, “We’re sticking around. We’re stubborn. We want it to stay a fishing and farming community.” 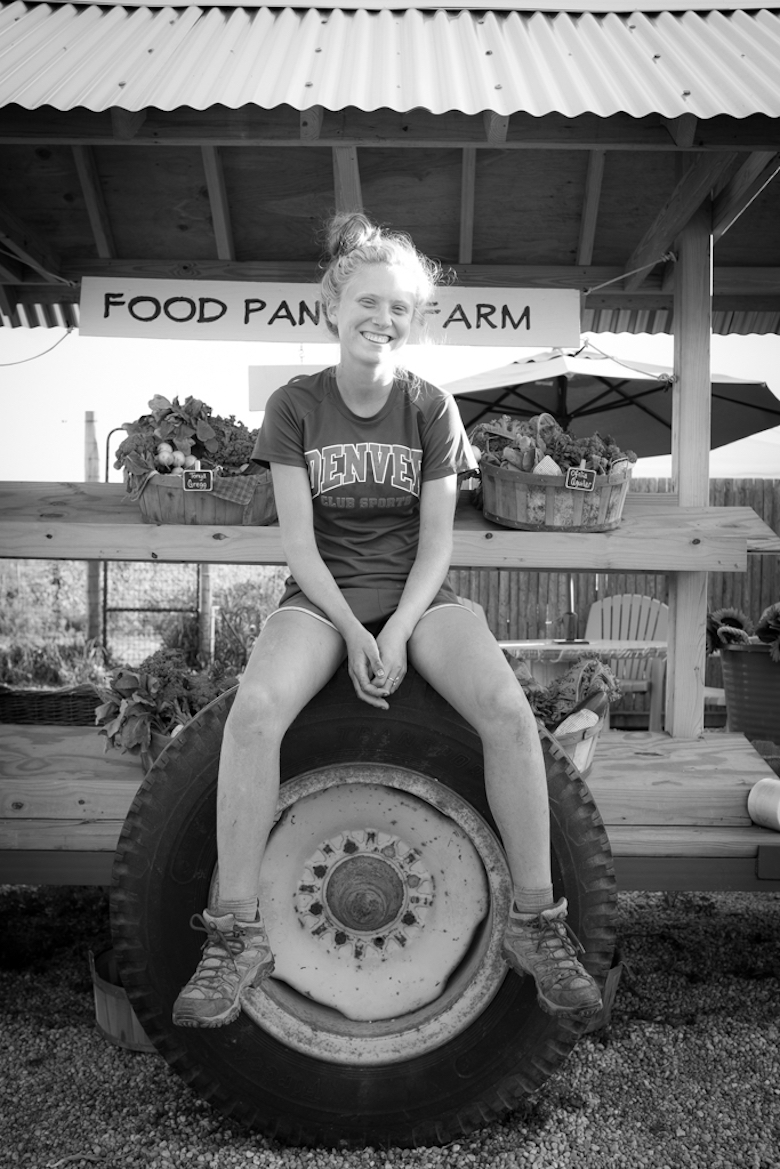 After a long day of harvesting, Katie Ketchum takes a break at the Food Pantry Farm farmstand.

Growing up, Mapes and Ingram saw old farmers when no one thought it was cool. “There’s a new resurgence,” said Ingrams, “People are turning back to fishing and farming.”

That’s no truer than at the Food Pantry Farm. Inside the rustic hut, items like chipotle butter and dandelion pesto are made by community members using ingredients fresh from the farm.

In addition to the CSA, the farm has begun to help other groups in the community, making deliveries to the Retreat, a nonprofit women’s shelter, as well as East Hampton Housing Authority developments like St. Michael’s, Windmill and Accabonac Apartments and Whalebone Woods.

“It’s a free-for-all, crates are laid out in the shade,” Mapes laughed about the impromtu food drop-offs, ”People are respectful, they take what they need.”

The Whalebone Woods community was so inspired by the farm, they received a grant from Cornell Cooperative Extension, to start their own community garden.

Once everything is in place at the farmstand, Andrea Bernal is one of the first to arrive for pick-up. Ms. Bernal, who moved to East Hampton from Ecuador eight years ago and has three children, thinks “it’s a good thing.”

“I work as nanny, babysitter, seven-days-a-week. In the winter, I take off. It’s tough to find a year round job but we’re surviving,” she said. “I was thinking about moving to New York City with my boss but it’s too loud. I love it here.” 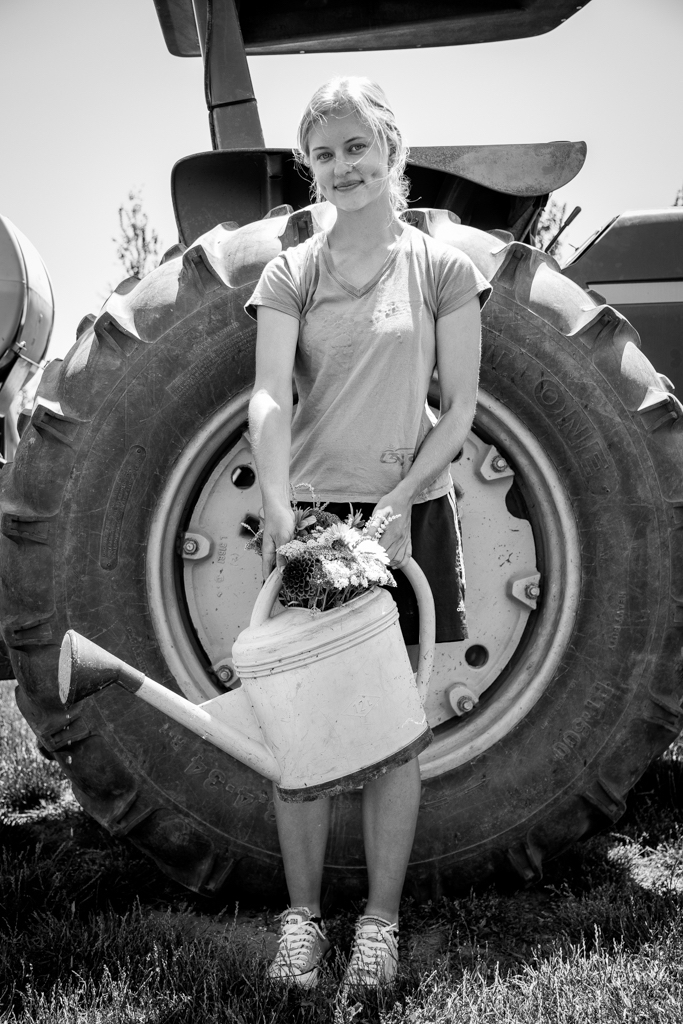 Kym Fulmer, another member, works for a company that makes hand-painted wallpaper, 40-hours-a-week. “It’s hard to do gardening on top of that, and Springs is shady,” she said, “It’s so nice. It’s fun to get a surprise every week.” Fulmer’s two-and-a-half year old son has even taken an interest in vegetables and participates in kitchen activities like salad spinning.

In order to get the CSA off the ground, Goodcircle, a digital marketing platform for businesses, did some spinning of their own. They approached Men-at-Work, a construction firm that donated $10,500. Goodcircle matched that amount from crowdfunding.

“When people found out, they donated,” said Goodcircle co-founder Joan Overlock, “We don’t want to sell it unless we know it can be executed.”

Indeed, Monday, Tuesday, and Wednesday are non-stop harvest days. The farmers promote new growth by picking mass harvest but minimal per plant. “We don’t want to see any of the plants go to waste,” said Mapes.

“It’s exciting, a big transformation is happening,” she said, “We all kind of thought there was demand, but we had to prove it.”

Maybe I can get my old job back. Will work for food.