With the help of a French winemaker and the angels, wine-based spirits are conquering Long Island. 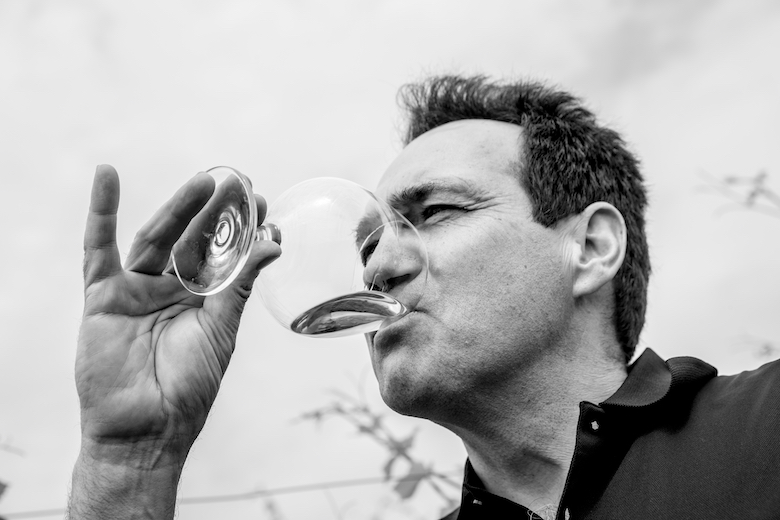 It’s a good thing Gilles Martin’s difficult old grandfather didn’t get his way, or the world would never have Excellence, a delightful artisanal brandy made from North Fork estate-grown grapes.

We’re sitting on Sparkling Pointe’s wide stone patio overlooking the vines, and Martin opens the second-to-last bottle of the current batch. “Don’t worry,” he says, “we have more coming out in September.” Martin is the winemaker for Sparkling Pointe in Southold (among other gigs), a winery that specializes in sparkling wines. But here’s a little secret: He also makes brandy, although it’s not advertised and is only sold on request at the tasting room. The next batch will be the largest so far, about 1,400 bottles.

The brandy is an homage to Sparkling Pointe’s estate style, because it’s made from the same three traditional Champagne grape varieties as their bubblies: chardonnay, pinot noir and pinot meunier. Brandy grapes are harvested early, like grapes for sparkling, to preserve acidity and create balance, so there’s a natural affinity between the two styles.

“It’s a really enjoyable part of the business, working with aromas and flavors,” says Martin, as we swirl and sniff. “Once you understand it, you can get creative with bringing specific blends together and making something new. I wanted to work more with red fruit character, as the idea here is to create a more ‘feminine’ style of brandy.” That’s an accepted style descriptor in wines and spirits, referring to a realm of attributes that include the fruits, florals, sweet spices, and so forth. Excellence is dry, with a tempting vanilla nose from the oak, subtle hints of that red fruit from the pinot noir, and light florals from the chardonnay. It’s smooth and not at all harsh, with that ethereal effect of pure, clean alcohol evaporating off the tongue. 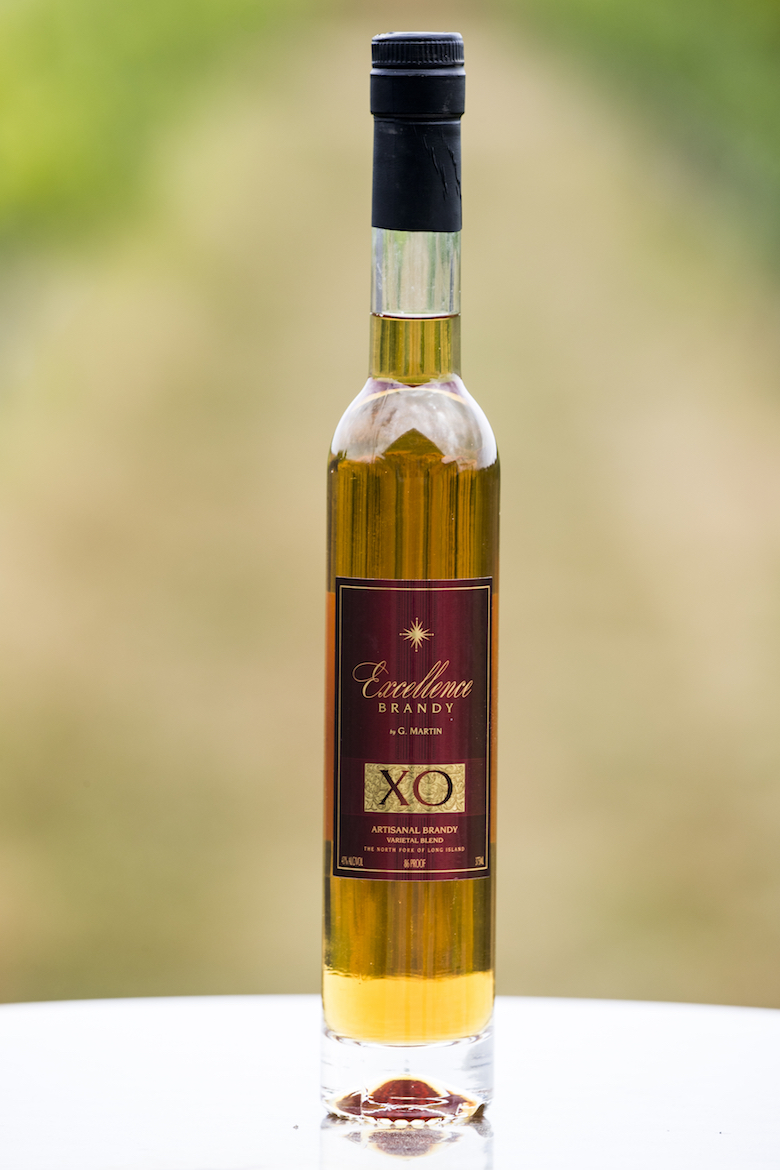 Martin demonstrates a trick to further discern the components. First, we swirl the brandy around our snifters to coat the sides, and then we empty them (not difficult). Then we turn the glasses upside down on the table so the remaining fumes develop in the glass. After turning them back over, we take a deep sniff; it’s now possible to detect components “hidden” under the strong alcohol. In this case, a rich caramel note emerges.

The brandy was double distilled, like a French Cognac, at Long Island Spirits in nearby Baiting Hollow. It was then aged in Vosges French oak barrels for at least three years, which, as Martin says, gives more “vanilla” than Allier or Nevers oak. It also made a slow descent from about 170 to about 80 proof via evaporation—called “the angels’ share”—and the addition of distilled water. During aging, vintages going back to 2009 were blended, so the flavors could marry. Like other fine spirits, the age represents the oldest component of the blend. It’s a time-consuming process, but “I’d rather do this to have better maturation and quality,” says Martin. Building up an inventory of vintages allows for a continual increase in complexity. 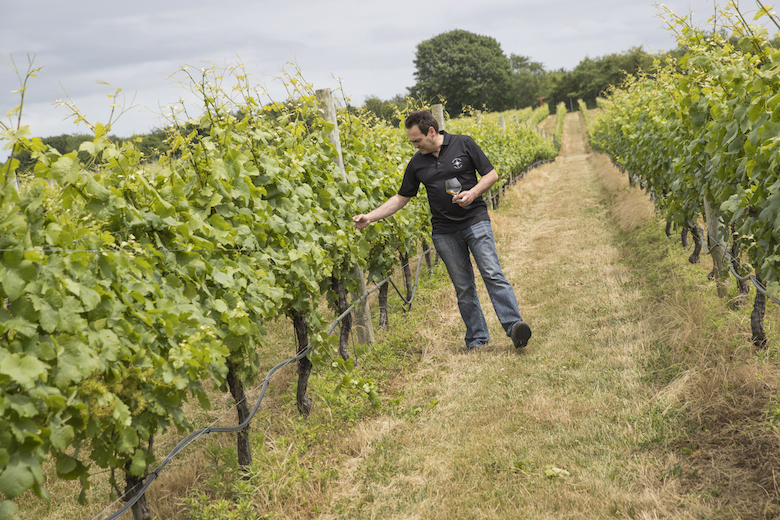 Martin’s professional interest in brandy was piqued in Mendocino, California, where he worked for a while at that region’s first craft distillery, Germain-Robin. Owner Hubert Germain-Robin is a French transplant who hitchhiked to California wine country in the 1970s and makes brandies in an antique still he found abandoned in Cognac. His spirits have long captured the attention of serious enthusiasts. Martin’s takeaway from Germain-Robin was to only use top-quality grapes; true Cognacs are actually made from a rather unremarkable wine, and many U.S. brandies are from “lesser” grapes like traminette, or from grapes bought at many different places, so Martin’s use of estate-grown grapes with distinctive flavor profiles is unusual.

In the U.S., craft distilling returned in the 1970s, decades after Prohibition put an end to local traditions. It’s only really just emerging now in New York as intrepid artisans are firing up new stills with gusto and learning as they go. In France, though, where Martin is from, vineyard and fruit orchard owners inherit the historic right to distill a limited amount of alcohol, and skills and regional styles have been passed down for generations. The French have what is called the “rule of a thousand degrees,” Martin says. For example, one may make 20 liters of 50 percent alcohol spirit because 20 times 50 equals 1,000.

But for reasons that must have caused quite the uproar but have been lost in the mists of time, Martin’s grandfather refused to pass on his right. So, Martin’s father just went around him by going to the maternal side of the family and securing a right from an elderly aunt, and kept on distilling. Martin grew up making the family fortifications from cherries, apples and pears, and found his life’s calling.