Chefs and Champagne: These Are a Few of Our Favorite Things

This Saturday, Edible will be at the James Beard Foundation’s Chefs and Champagne at Wölffer Estate. Take one look at its menu and we have a feeling we’ll see you there. 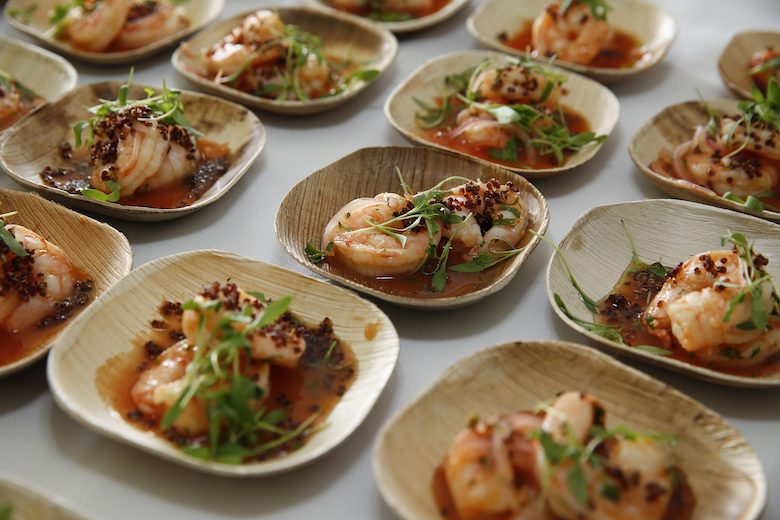 This Saturday, Wölffer Estate Vineyards will host—for the 25th consecutive year—Chefs and Champagne: a mashup of city and Long Island chefs to benefit the venerable foodie organization founded by legendary New Yorker and eater James Beard. Chefs and Champagne is among our favorite East End food events—besides our Food Truck Derby and Good Beer and all the other events we do. 😉

Chefs and Champagne presents that rare chance to taste from JBF-ally chefs from the entire tri-state area, with a few wild cards thrown in for the Hamptons masses. It’s a pretty sweet list. From the Musket Room in Manhattan to Mirabelle in the Three Villages, from Annisa on the Lower East Side to a yet-to-be-opened Louisiana taco joint. See the full menu below, including local spots Harbor Bistro, Wolffer Kitchen or Sant Ambroeuos. 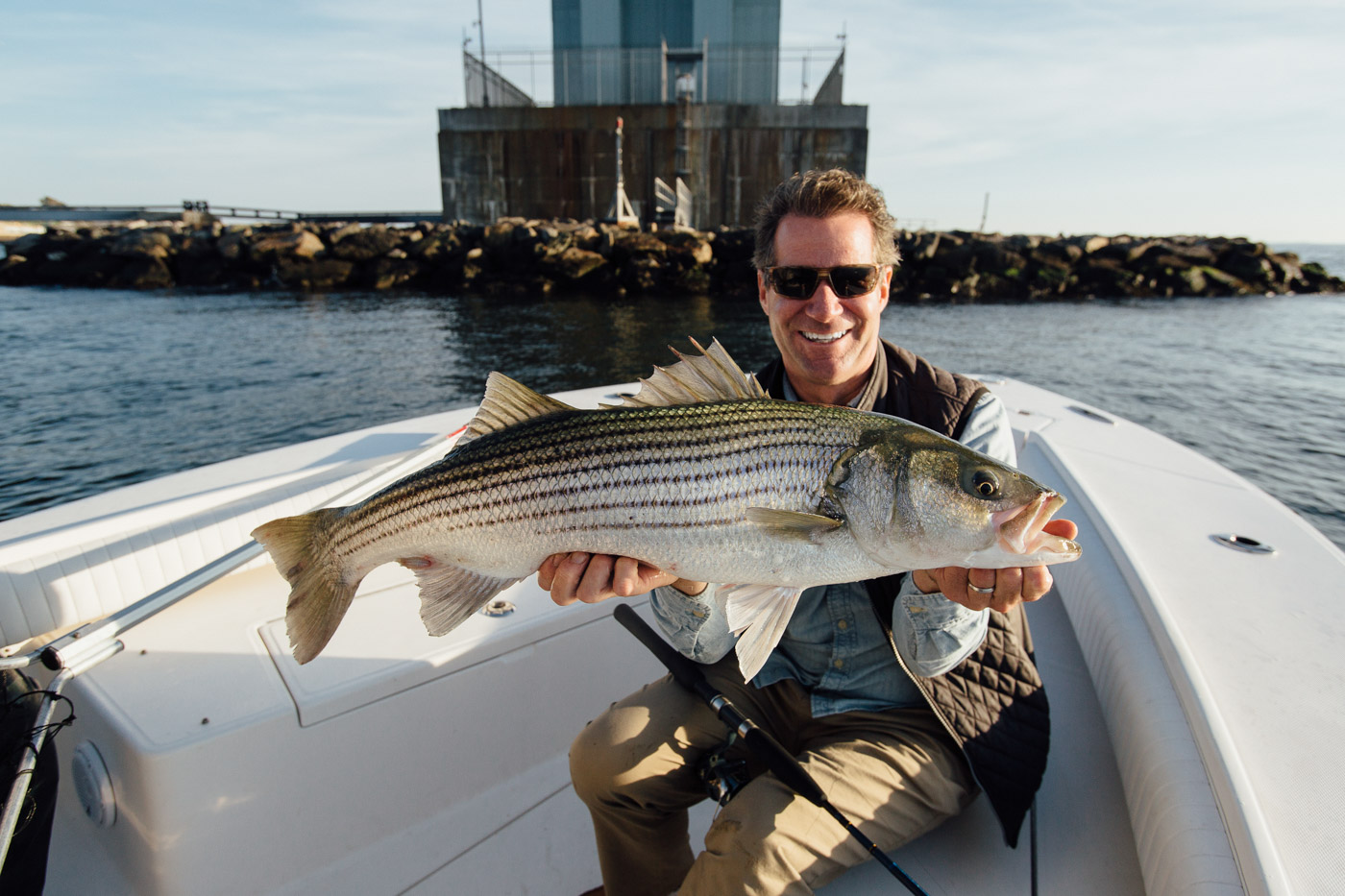 It’s an impressive group. And it hasn’t always been that big. Kerry Heffernan, whose chops include opening 11 Madison Park, South Gate and now Grand Banks, a seasonal Oyster Bar and galley on a historic cod-fishing schooner moored off Manhattan.

The organization has come a long way, baby. With food impact investing guru Eric Kessler and other food system disruptors at the helm of the board, the org has spawned its Chefs Bootcamp (recently attended by local boy Jason Weiner), the leadership awards that have honored Michelle Obama and Wendell Berry, and moved signature awards event to Chicago to embrace the non-NY membership. Even though NYC is still its home.

And while guests at Chefs and Champagne have been known to leave sated and happy and ready for more, Heffernan remembers one year when he dashed out just as it was ending. “It was a few years back and it was loaded with every French chef in the region. Jacques Torres learned that I dug crabs with a trident at night. The two headed over the bridge to Sag Harbor, rolled their pants up and caught the low tide at midnight. “It was under a full moon. And we just talked and laughed and caught these enormous crabs.” This year, the chef from Park Hyatt, Chad Brauze, had seen Heffernan advocating on Instagram that striped bass is overfished and should not be served. “He very thoughtfully reached out. We had a great conversation. When Heffernan thinks of why he works with the James Beard Foundation, he said he’s proud of the work he has done with the Beard Foundation on the sustainable seafood front, as well as in Beard-related groups like Chef Action Network. 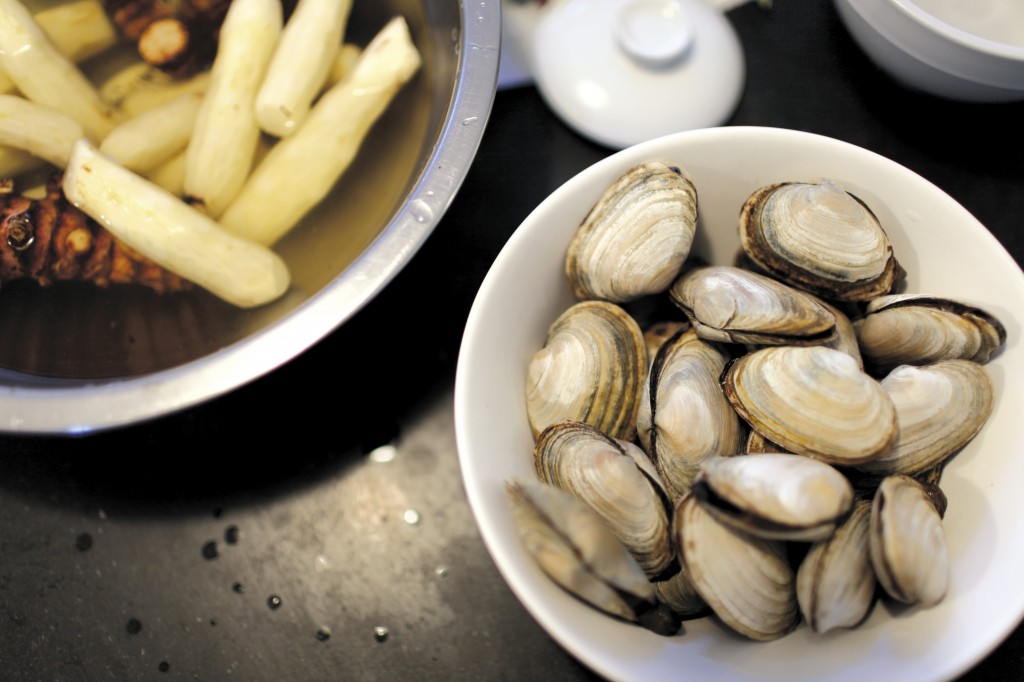 We have had chef Anita Lo’s steamer clams and we look forward to the potato and celtuce she will prepare at Chefs and Champagne.

For Heffernan, this year, the event’s 25th anniversary, is a bit full circle. John Besh, the influential New Orleans chef, is being honored. Heffernan is, in fact, opening his first restaurant in New Orleans. The two already have a South Fork fishing date. “I’ve been doing Beard dinners for 20 years. I remember when Chefs Night Out was literally just a party packed into the James Beard House backyard in the Village. “It wasn’t even that packed in the early years. The chef awards were small and unsponsored.”

What will Heffernan, who is pretty handy with a boat and road, prepare this year? “I always bring my usual schtick. I get some clams, catch some bass, pull in some porgies and then give to the other chefs to use.” He smiles when some city newcomer says, “Wow, I didn’t realize black sea bass or sea robin was such “a great fish.”

He’s decided to do oysters two ways. First, an homage to Louisiana, he is making char-grilled oysters, a dish he says is traditionally made with “obscene amounts of butter and garlic.” There will be some of that, he admits. He will also do a raw oyster with some of the precious 200 pounds of ramps that Heffernan’s crew at Grand Banks turns into a mignonette. “We serve it in little tiny salt shakers. You just need a few drops.”

Some tickets are still available here. Edible will be there and we hope to see you too.