Foodscape as Art and Kitchen Garden

In the kitchen garden of Leslie Rose Close in Bridgehampton. 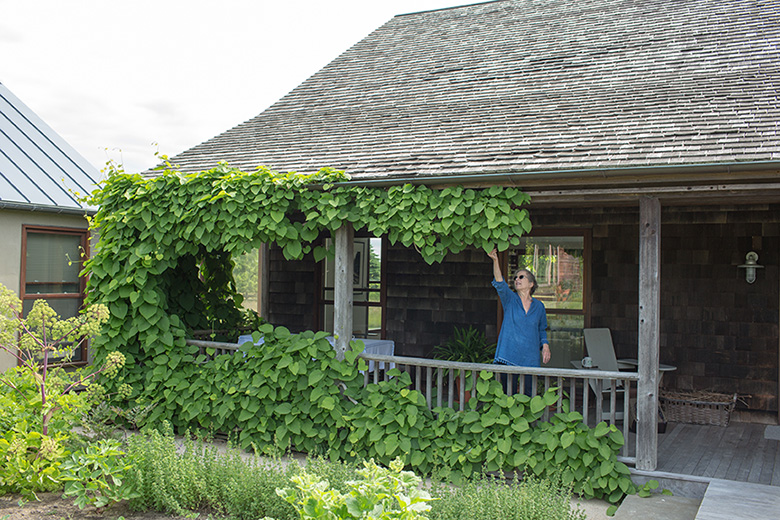 Standing with a mug of coffee, Leslie Rose Close surveys her 30-year-old kitchen garden in Bridgehampton, a stone’s throw from the Ludlow Mecox Bay Dairy and Fairview farms. Her homestead patch is bursting with garlic, leeks, lettuces in neat rows, and beans, snap peas, eggplant and tomatoes. Rubber snakes from the Sag Harbor Variety store deter the birds. She constantly prunes, deadheads and experiments. This year she is trying something new from seed, a project with her grandson: loofah gourd. The vine provides a shady trellis, showy flowers, tasty fruit and perfect bath sponges. Young vegetables can be stir-fried or sautéed, just as you would zucchini squash.

“I like the cycle of growing things that you can eat,” she says. “I cook so I find growing food more interesting than flowers. I use herbs a lot: thyme, three varieties of sage, parsley, basil, cilantro, oregano and tarragon. I like to serve fresh goat cheese sprinkled with herbs and virgin olive oil.” She cooks the long ribs from the beautiful and spiky cardoon plant. Cardoon is a cousin of the artichoke and is grown for its edible stalks. Close makes her own pesto and prepares gooseberry fool. Last year she picked Brussels sprouts into December. 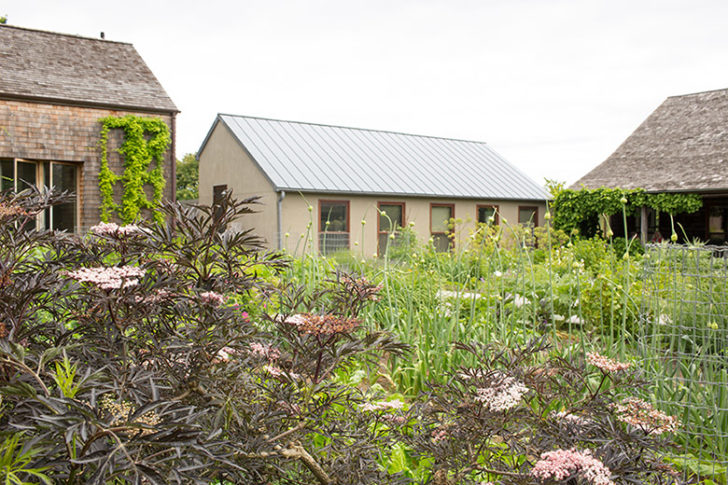 “My favorites are the plants that are doing well,” she adds. “Then they’re all beautiful.” She eyes a woody lavender plant, not up to her discerning visual standards, destined to be removed.

“Yes, I have help. Aya Miyatake comes a couple of times a week.” Close depends on her for the heavy lifting and couldn’t do without her. “She knows me and knows the garden.”

The garden is labor intensive, everything is hand watered, no sprinkler system. She mulches with salt hay from Lynch’s. Close uses no chemicals and to replenish her soil, she relies on compost stored in bins next to her row of blackberries. “I love the look of the garden in winter almost as much as when it is in exuberant bloom,” she says.

The garden is walled, like a French potager, or kitchen garden, to grow things in their own microclimates. I saw a couple of fig trees. Her sunken garden is protected from the wind and divided into four quadrants with wide walkways to provide generous access. 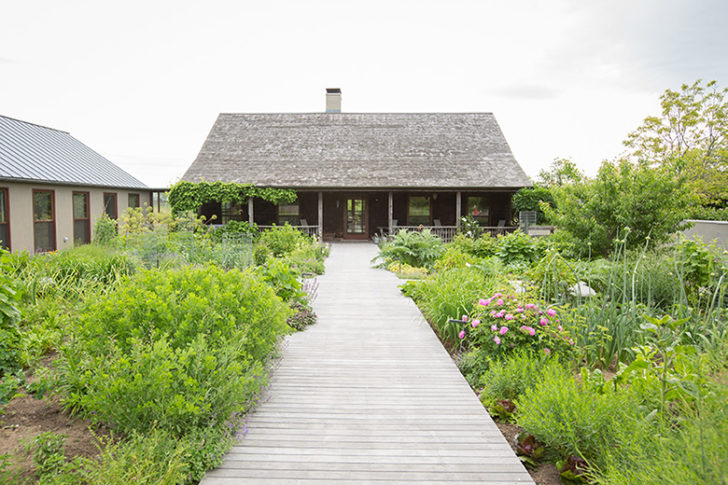 Close spent 10 years at Wave Hill, an educational garden in the Bronx, where she started a program in American landscape history. She has a master’s degree in the history of landscape architecture but doesn’t think her garden is designed. She is picky about color— doesn’t particularly like pink— but shape, texture, height and composition are all there. Looking at the garden through her artistic eyes, I see the beauty she created. Although it’s mostly a vegetable and fruit garden, there are exclamation points of flowers: orange California poppies as foils next to purple lavender; lilies, iris, sunflowers and tall heroic hollyhocks stand at attention. She grows the hollyhocks from seed and prefers yellow and brown, no pink.

Raspberries, blackberries, gooseberries, red and blackcurrants are used for desserts. Her 20-year-old asparagus patch gets a dressing of compost every year. Close planted witch hazel in her grandfather’s memory. “He thought it was a panacea for what ails,” she says. “He gargled with it, used it for bug bites and even as deodorant.”

When I asked if she dreamed about her garden, she laughed and said, “Yes, I do, but it’s a very real part of my life.”
A generous gardener, Close shares seeds, cuttings and produce with friends and family. I told her my husband made all different kinds of jam and she asked, “Would you like some of the red currants I have in my freezer?”

She muses, “The garden is different every day, every week, every year. It fulfills my curiosity. It’s the center of my world. I think of my family and how they are connected to the garden, of how my children played in the garden and now my grandchildren. It’s an investment in the future. It’s continuity. Having a garden is an optimistic thing to do.” 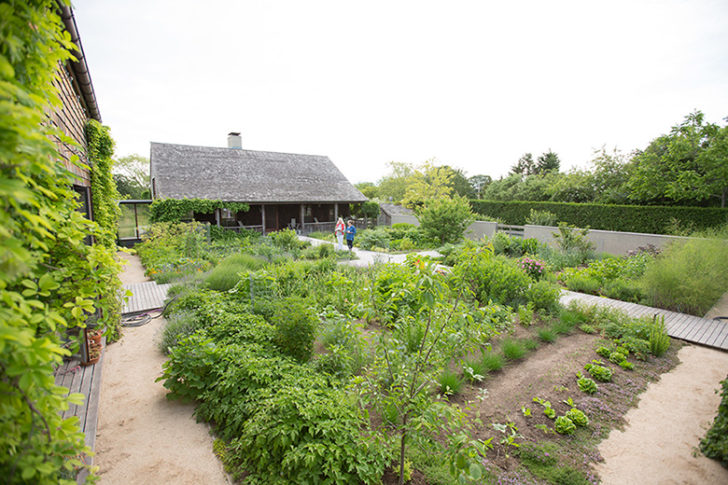 Leslie Rose Close’s Recipe for Gazpacho
At the right moment, each summer, everything but the olive oil and vinegar comes from the garden.

Cut up tomatoes and put through a tomato or food mill, which easily removes seeds and skins. (If using a food processor, first remove skin and seeds) Put purée in a large bowl.

Purée seeded cucumbers, sweet and jalapeño peppers, cilantro, onions and garlic with some of the tomato purée. Add to the puréed tomatoes, season with salt, pepper, and cumin. Chill in the refrigerator for several hours. Before serving, add oil and vinegar, chopped vegetables and herbs.