By Richard Olsen-Harbich| July 5, 2016 | Photos by Illustrations by Jackie Ferrentino

Like a true New Yorker, cab franc is charming yet edgy; it’s resilient and brawny in the vineyard yet needs lots of sensitivity and a gentle touch in the cellar. 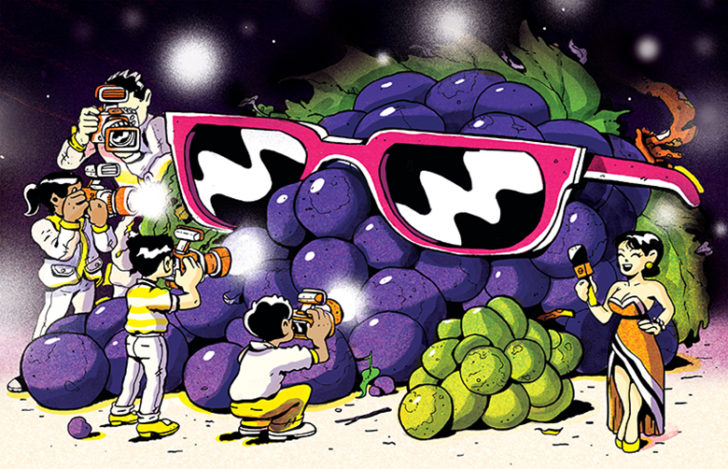 “Who rock grooves and make moves with all the mommies?” —Notorious B.I.G.

In the last few years, a certain wine has garnered more interest and attention on the North Fork than any other. Merlot may be the most widely planted variety on Long Island, but few grapes are as intriguing, express our terroir with more clarity and have a more colorful history than cabernet franc.

Cabernet franc is one of the world’s most ancient varieties. Writings from Pliny the Elder claim it was developed from a cross between an imported Roman variety and a vine growing wild in Iberia, today Spain and Portugal. Recent genetic analysis points to the Spanish País Vasco—better known as Basque Country—as cab franc’s place of origin. It’s a fitting birth story for this most libertine of grape varieties. Cab franc may be old, but back in the day it was a true player.

Famed British wine writer Jancis Robinson has described cabernet franc as the feminine side of cabernet sauvignon but, ironically, cab franc was the man of the house. DNA analysis shows that a chance meeting of cabernet franc and sauvignon blanc resulted in a bouncing baby named cabernet sauvignon. As so often happens, the child grew bigger and bolder than the parent. But cab franc wasn’t really a stay-at-home dad. Another wild date with a bygone grape called magdeleine noire des Charentes resulted in malbec, while other flings with unknown suitors produced carménère and petit verdot. When one drank red wine from France in the Middle Ages, it’s quite possible that much of it was cabernet franc or a very close relative. One thing is clear: Cabernet franc is truly the grand-père of Bordeaux varieties. 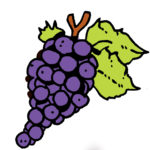 Cab franc doesn’t appear in European literature until the 17th century when it was “discovered” in southwest France by Cardinal Richelieu. As the story goes, the cardinal thought so highly of the grape that he arranged cuttings to be transported to the Abbey of Bourgueil in the Loire Valley. These vines were planted at the abbey under the care of an abbot named Breton, whose name became associated with the grape. Over the years the Loire became famous by making extraordinary wines from this distinctive variety, which remains the primary red grape of the region.

By the 18th century, cab franc was planted throughout Bordeaux and into Pomerol and St-Émilion. It was soon found that its hardiness provided insurance in Bordeaux’s cooler vintages when the more famous cab sauvignon failed to ripen. Due to its somewhat savory character and subtle weight, it slowly lost favor with Bordeaux producers looking to make bigger and more powerful red wines. By the late 20th century, cab franc was relegated to a supporting role in Bordeaux, displaced by the more fashionable and plusher merlot.

Its story on Long Island began in the early 1980s, with vines going in at Bridgehampton, Bedell, Hargrave and others. Many planted it simply to faithfully copy the Bordeaux blending recipe for wines. Growers discovered that cab franc grew easily in our maritime terroir, and while winemakers often found that the classic blends left a lot to be desired, as a single varietal, cab franc proved to be a revelation.

Subtly fragrant and gently flirtatious with flavors of cherries, strawberries and raspberries, the aroma of cab franc is its true calling card. There’s often just a hint of leafy, savory herbs—an inherent quality of the grape even at the peak of ripeness. As it ages, the wine can have aromas of a coastal forest floor after a rainstorm. Brilliant and subtle, the flavors have a haunting quality; they are among the most primeval in the wine world. These qualities and that fact that it pairs well with just about any cuisine make the variety the most compelling red wine on the East End. 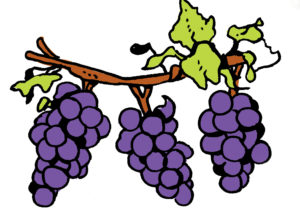 In many respects, cabernet franc is the quintessential Long Island red because it epitomizes our East Coast persona. Like a true New Yorker, it’s charming yet edgy. A Renaissance grape in more ways than one, it’s resilient and brawny in the vineyard yet needs lots of sensitivity and a gentle touch in the cellar. The result is a red wine with a lovely lightness and depth of character that intensely reflects our terroir.

This primeval poppa of wine may be a little shy upon first meeting, but as the great New York Times wine writer Frank Prial once told me: “Cabernet franc is like any truly interesting friend, it takes time to get to know.” I’m convinced once you do, you’ll have a friend forever.