On December 31, 2015, Roanoke Vineyards closed its Sound Avenue tasting room to the public. We checked in to see how the first six months have been. 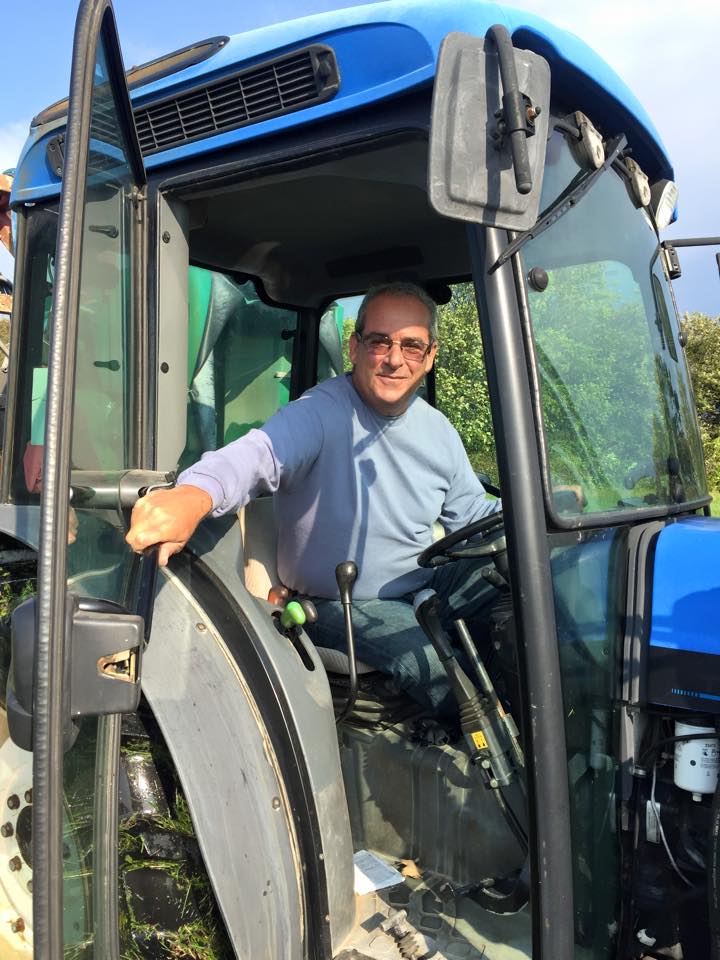 As we reported, Roanoke Vineyards closed its Sound Avenue tasting room to the public at the end of last year. On the same site is the vineyards and the winery. Roanoke still has a tasting room open to the public seven days on Love Lane in  Mattituck.

At the time, Scott Sandell, Roanoke’s marketing and creative director, said the decision was a “move dedicated to [their] wine club and the people that have supported [them] since the first vintage.”

We decided to catch up with Sandell to see how that is working out.

“When we started Roanoke, we thought, ‘Yeah, OK, we’ll offer a tasting room,’” says Sandell. “We knew that was what we had to do to get the word out. But once we did do it, we thought, ‘We’re really busy with this. We’re not focusing on the wines as much as we want to.’ So, we just had this revelation: Let’s just make wine.”

This includes working on the vineyard itself—working the vines and making sure everything gets super ripe—but also traveling, meeting and speaking with like-minded winemakers in the United States and abroad.

“We’ve been talking to a lot of winemakers out in California who have a similar interest in terms of growing grapes organically, or as close to organically as you can,” says Sandell. “So many vineyard owners have come of age thinking, ‘Well, I’m just going to spray this and I’m going to spray that,’ and that’s how they manage their vineyards. We don’t do it like that. We’re part of a huge trend to move away from all these chemicals.

“When we decided to close the tasting room, we thought that we’d close it down and on the weekends host two-to-three wine club members here and there,” says Sandell. “But that’s just not how it is. It’s quite pleasant, and even better than what we imagined. Our wine club members bring friends in; there’s been a steady flow of people, but without any of the madness of what it was like before.” It’s not at all uncommon for a bar at an average North Fork tasting room to be 10- to 12-people deep on the weekends.

“Now it’s how wine should be,” says Sandell. “A perfect wine is something that has something to say about the place and the people who made it. It’s a work of art and it deserves to be enjoyed as such.”

The closure of the Sound Avenue tasting room, says Sandell, has not affected overall sales.

Two of Roanoke’s newest wine club members, Don Lenzer and Bettina Volz, gave us an insider’s look. “The thing I like best about club membership is that it gives me access to Roanoke wines,” says Lenzer. “And it’s also a way to support great locally produced products, which is something I very much believe in.”

His only mixed feeling about Roanoke’s on site tasting room being membership only is this: “I prize the wine so much that I’d like it to be more broadly available.”

Bettina Volz also points to a positive experience. “We became members last minute before Roanoke closed it for new members,” says Volz. “And although I always wondered, along with Groucho Marx, that one should be suspicious of anyone who would accept you into a club, I am very happy we joined.”

In addition to a less crowded tasting room, wine club members can take advantage of wine-focused events and field trips, like a visit to Red Hook Winery a few years ago aboard a rented Jitney. “In early August, we’ll do that again,” says Sandell.

Also upcoming this season is Roanoke’s annual Hill Climb. “Our owner Richie believes there’s an area on the vineyard called the Hill, so we’re going to climb it,” says Sandell. “We get 100 wine club members to come, and then all through the vineyard we set up tasting stations. Then, finally, we all ascend this summit. All 15 vertical feet of it.”

For more information on Roanoke Vineyard—or to join its wine club—call the vineyard directly at 631.727.4161.