Our beekeeper was up for a $10,000 prize to help her business expand and aid pollinators. Did she win?

In our new issue, Edible East End No. 55, beekeeper and our “Notes From the Meadow” columnist, Laura Klahre, told the story of trucking it into New York City to give an “elevator pitch” to win $10,000 from 1010 WINS to help her start a project to protect pollinators. Now, we all want to know if she won. Read on. 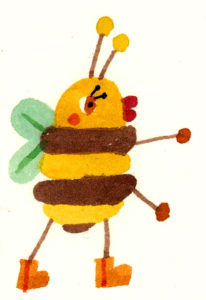 I lost. My pitch to expand Blossom Meadow Farm’s work with native bees to help alleviate the pollination problems facing the United States did not win the 1010 WINS Canon Maxify Printers Small Business Grant Challenge. On Monday April 11 at 11 a.m., 1010 WINS surprised the winner in person with the $10,000 grand prize check. I am always a glass-half-full kind of gal, so I stood behind the counter at our store in Cutchogue anxiously waiting as the clock struck the appointed hour. The store was gleaming and the shelves were packed—all that needed to happen was for a news crew to walk in with the big check. I stood behind the counter acting busy. Eleven o’clock came and went. I even reasoned that maybe the 1010 WINS news van was stuck in traffic so I kept standing there waiting and hoping …

Meanwhile that morning, 1010 WINS was actually with an exuberant Lizzette Pagan, owner and founder of Lizzmonade. Lizzmonade operates lemonade stands at farmers markets in the Tri-State area and concession stands in New York City. She plans to use the funds to make Lizzmonade stands franchises operated by families and teams that won’t need to invest capital up front but rather work markets and events in exchange for a share of the profits. 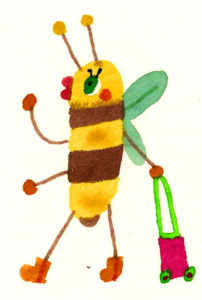 Lizzette is a sassy, smart woman and am sure she will have continued success. Do I secretly wish the check was made out to Blossom Meadow Farm? Of course! While winning the contest would have been great, risking rejection is the only way to turn your dreams into reality. Blossom Meadow Farm is not going to triumph if I am afraid of failing all the time, and at least I met some interesting people during the competition. To quote Buzz Lightyear (who I aso imagine would like bees): “To infinity, and beyond!”

The deadline for the next round of the 1010 WINS Canon Maxify Printers Small Business Grant Challenge is June 12, 2016. Read here for more information and contest rules.