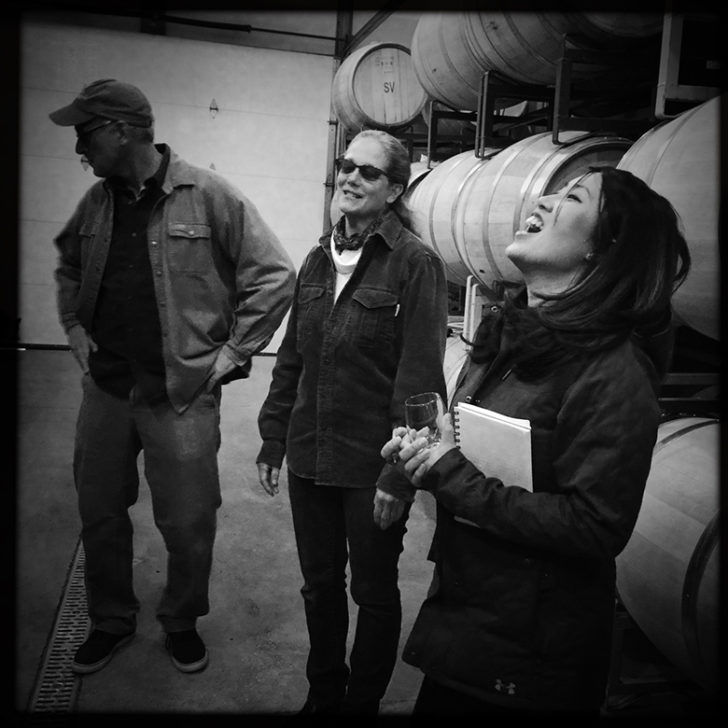 I decided years ago that I’d rather eat my calories than drink them. After some rather spectacular years during college in New Orleans when swill had no effect on a youthfully cast iron stomach and wine in a box was unblinkingly turned into wine in a purse during Mardi Gras, I decided I was an Adult, and that what Adults did was eat clean, train mean, and source locally.

Giving up sugar-laden cocktails was easy, but what was not was sacrificing the rapturous indulgence found in a glass of plush red wine or a clean, crisp white. But how does one reconcile that joy with responsibility to one’s health and environment? Sure, a tipple a day is great for your heart … but for anyone whose most cherished sense is taste, let’s just say it better be a mighty big glass.

So drinking wine also became infrequent and my rudimentary knowledge of its fascinating nuances began to fade, which is exactly what made joining the “maiden voyage” of Wainscott Main Wine & Spirits‘ new wine tour series the perfect way to spend a drizzly Sunday afternoon. The fact that classrooms were at three members of the Long Island Sustainable Winegrowers organization made it a home run in its support of small business, local sourcing, and, on a more selfish level, putting only what’s good and whole in my body. 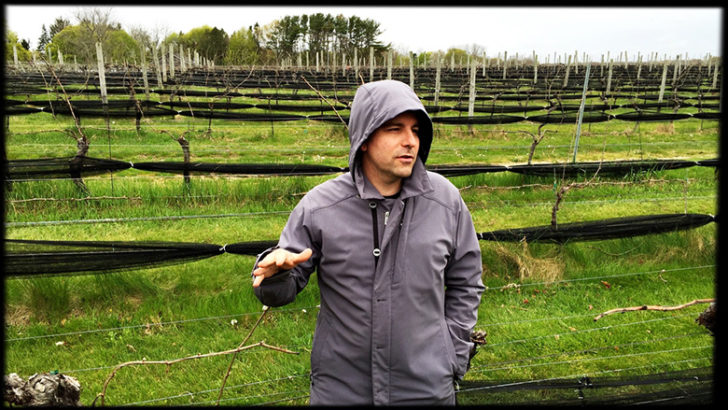 Education began immediately as the bubbly sommelier and Wainscott Main GM Chimene Visser Macnaughton extolled the virtues of a new trend, using the Finger Lakes cabernet franc rosé they had aboard the coach as a prime example: keg wine. Owner Joel Kaye and Macnaughton partner with keg specialists the Gotham Project to offer this option for catered and special events, and the proof was in the pudding; as promised, it tasted fresh with no hint of oxygenation due to its airtight housing.

Our first stop, second-generation Paumanok Vineyards, took us deeper into this topic. Kareem Massoud, producer of Long Island’s only chenin blanc and a vineyard known to have released 23 wines rated above 90 points in a single year, is proud to have pioneered the use of screwcaps and kegs on Long Island at his family vineyard in 2008. Why? Cost-efficiency, which is good for both restaurants and consumers; decreased use of sulfites, a common preservative; and reduction of waste.

“Sustainability isn’t a fad—it’s a mandate for how we should live,” Massoud said. “There’s still romance in the bottle, but for higher volume usage, bottles, packaging, labels … all of these are eliminated. And the kegs are reusable, so delivery trucks are transporting goods in both directions.”

An excellent point, and a perfect segue to another important truck—the food truck of North Fork Table & Inn’s celebrated Claudia Fleming, a dear friend of Macnaughton’s. An exceptional catered lunch continued the theme of locality, something that these tours will continue to focus on even as the topic of each outing’s discussion changes. A wild-caught lobster roll paired perfectly with the albariño Palmer Vineyards winemaker Miguel Martín poured first. With both grape and grower native to Spain, it was a delight to sample this wine at the only place it’s currently produced on Long Island. Precious as it is, Martín trusts wholeheartedly in nature protecting his crop, actively attracting predators like owls and ospreys to control pests, relying on nets and fences to shelter it from deer and geese, and feeding the plants with horse manure-based compost he turns over right on the grounds. 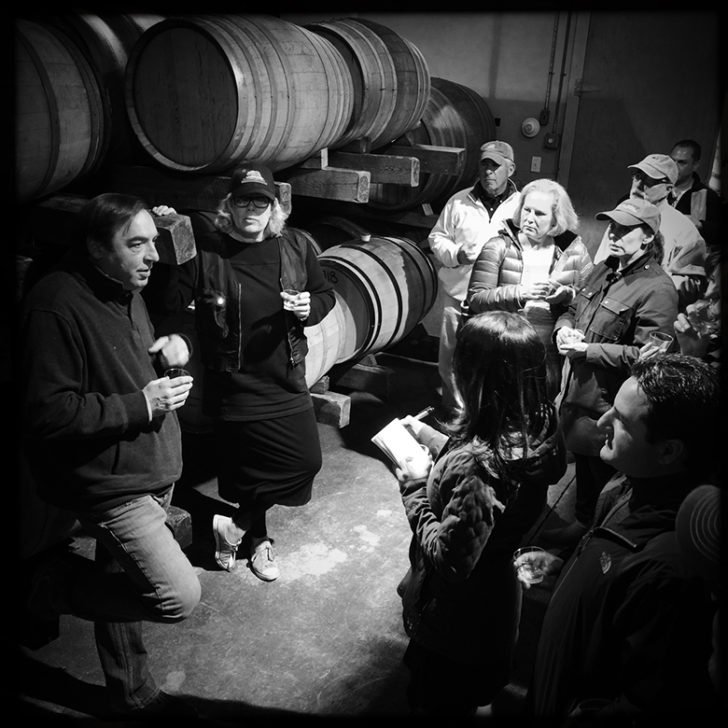 Even closer to the earth is their annual Alsatian-style pinot blanc, a wine that lets them play the wild card that is ambient yeast by allowing the pressed grape juice to  spontaneously ferment (instead of inoculating it with commercial yeast), doing as it will with whatever nature may intend.

Shinn Estate Vineyards takes an even bigger gamble with the same wild card, betting their entire year’s bottlings on the “happiness” of their native yeast. However, David Page and Barbara Shinn don’t see it as a risk at all. At this vineyard where soulful spirituality meets intellectual practicality, their yeast has been cherished and nurtured over time like a sourdough starter—a throwback analogy given by the former farm-to-table restaurateurs and pioneers.

Now in this second life, they’re continuing to pave the way, their healthy, predictably productive yeast a defiance to the naysayers that told them it couldn’t be done. From the beginning, their mission has been to be entirely holistic. With a farm that’s entirely wind- and solar-powered, fully sustainable and biodynamic, using no herbicides, chemicals, sugars, or any additives whatsoever, the results are remarkable and their success, undeniable.

As I visited each vineyard and spoke to the winemakers, what I began to remember is that what goes into each bottle isn’t just a drink. It’s a piece of who they are, what they stand for, and what they want the future to be—apropos for a beverage that needs time to mature to its apex. Even more than that, with sustainable practices in play and eco-consciousness in mind, it’s a hope for a better tomorrow. One where grapes are allowed to develop into “what they are destined to become,” as Shinn eloquently puts it, and where what we put in our bodies is basic, traditional, unadulterated. Where soil is enriched by rest and natural compost and the earth is free do what it does best: give.

Although each of the three wine growers have variations in their methods and beliefs, this is the future they are all cultivating along with their vines. And I believe we can all drink to that.

Find out more about Wainscott Main Wine & Spirits’ $10 #WineWednesday workshops as well as upcoming seasonal wine tours—both hosted by sommelier and general manager Chimene Visser Macnaughton—at www.wainscottmain.com. With rotating themes and partners, all focused on only-in-New-York vendors, these “field trip” series is one you’ll definitely want to sign up for!